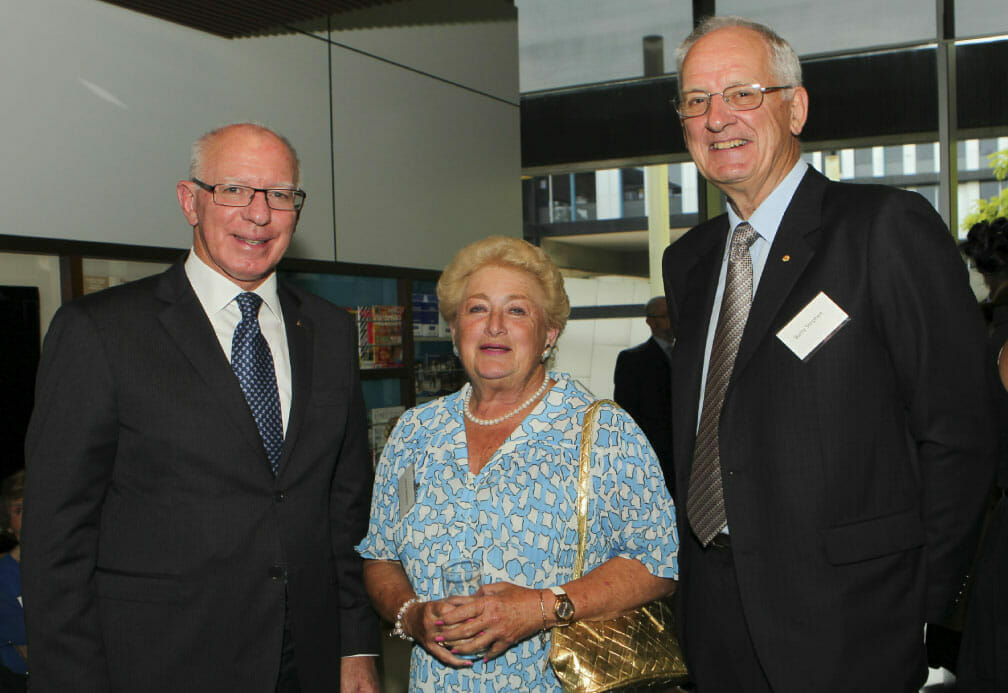 A Sydney glaucoma management clinic is fostering a unique collaborative model of care that aims to empower referring optometrists with additional information about their patients’ ocular health. The clinic is an initiative of the Centre for Eye Health (CFEH) and the Prince of Wales Hospital Ophthalmology Department.

The Governor of NSW and Patron of Guide Dogs NSW/ACT, His Excellency General the Honourable David Hurley AC DSC (Ret’d), officially launched the clinic in March. The event also celebrated the fifth anniversary of the CFEH, which was established by Guide Dogs NSW/ACT and the University of NSW in 2009 to fight blindness through early detection.

CFEH Director Professor Michael Kalloniatis said the glaucoma management clinic was a natural progression for the CFEH, which has provided more than 154,000 eye tests for 27,000 clients of referring optometrists and ophthalmologists.

“Over five years we have been providing visual system testing and diagnostic advice for all ocular diseases but glaucoma was a natural area for expansion because of the change in laws which enables us to complement information available to optometrists and also work within the new glaucoma management guidelines established in December 2014 by utilising our consultant ophthalmologist,” said Professor Kalloniatis.

The service provided at the Centre is at no charge to the patient with costs predominantly covered by support from Guide Dogs NSW/ACT, with smaller contributions from Medicare and a UNSW teaching allocation.

Professor Kalloniatis said 1,219 community eye-care providers have registered to use the services of CFEH – 1,125 optometrists, 91 ophthalmologists, one clinical scientist and two neurologists.

Of the 27,000 patients who have been seen by the Centre, Professor Kalloniatis said 70 per cent were at high risk of losing their sight due to eye disease. “As far as the glaucoma management clinic is concerned, we will work closely with the practitioners, to provide them with additional information, to evaluate and initiate treatment for glaucoma by an ophthalmologist, and then to monitor for any change… stable chronic glaucoma can be managed in the collaborative care system quite safely.”

Barry Stephen Chair of Guide Dogs NSW/ACT said his organisation was fully committed to CFEH as it was “absolutely fulfilling its objectives”.

“We’re spending $3 million each year in the hope of stopping people from becoming blind. In doing so, from a business perspective, the end result is we will not have to spend much more on providing Guide Dogs and ancillary services in the future because we won’t be faced with the tsunami of vision impaired people – CFEH is there to detect and diagnose eye conditions at the early stages before vision is lost.”