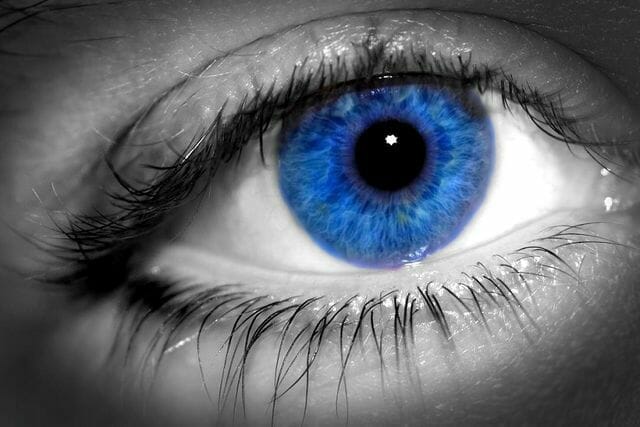 Human clinical trials will determine whether people are able to have the colour of their eyes permanently changed from brown to blue using a Stroma laser procedure.

According to Australian ophthalmologist, Dr. Rick Wolfe, “the Stroma laser is directed to the anterior pigment layer of the iris. It is this layer that determines iris colour. When there is little or no pigment the eye is blue. When there is some pigment it is green and when there is more it appears brown. The laser breaks up the pigment and changed white blood cells called macrophages slowly ingest the pigment and carry it away.”

The technique has been developed by a dermatologist and an inventor with a Ph.D. in biology. According to inventor Professor Gregg Homer, we all have blue eyes, however people whose eyes appear brown have a thin layer of brown pigment that covers the front surface of the iris.

This layer of pigment can be disrupted with a non-invasive Stroma laser procedure, which “initiates a natural and gradual tissue removal process,” revealing the patient’s natural blue eye colour.

The procedure has been trialled on human patients to test safety and efficacy and the findings used to design and build the researchers’ next-generation device.

According to the Stroma website, the next steps are to complete the pilot and pivotal human clinical studies using the new Stroma device. “Our plan is to treat about 20 patients in our initial pilot clinical study. Following the successful completion of that pilot study we will treat about 100 patients in multiple countries and follow them for a predetermined length of time.”

The procedure involves the patient sitting in front of the Stroma laser, with their head stabilised and the application of a mild topical medication. The patient directs their untreated eye toward a tiny animation (about 1cm x 1cm), located about 30cm from the patient’s eye, while the procedure is completed. The procedure is then repeated to treat the other eye. In the first week following treatment, the iris gets darker then progressively grows lighter until the colour change is completed after approximately four weeks. In most cases patients are able to drive and return to work within a week.

Although some ophthalmologists have suggested the procedure may carry the risk of glaucoma, according to the researchers, so far, none of the patients in the trials have experienced an increase in intraocular pressure and, according to Professor Homer, some have shown a decrease, perhaps because the surgery removes pigment on the front of the iris, rather than the back of the eye.

“Early results suggest it is highly effective. There are several important issues. The procedure must be safe and it will take many years to establish this, if indeed it is.

“Only 17 per cent of people have blue eyes and the number is diminishing. Some think blue eyes are attractive. Practitioners will have to satisfy themselves that potential patients genuinely want the procedure and understand there is no going back. We know there are many who would want the Stroma laser as coloured contact lenses are popular. It is analogous to contact lens wearers for refractive reasons having LASIK,” said Dr. Wolfe.

“While the Stroma laser is a reality now it will be a long time before we see it here.”

AVC 2015: Working on the Future of Eye Health