The Life of Brien 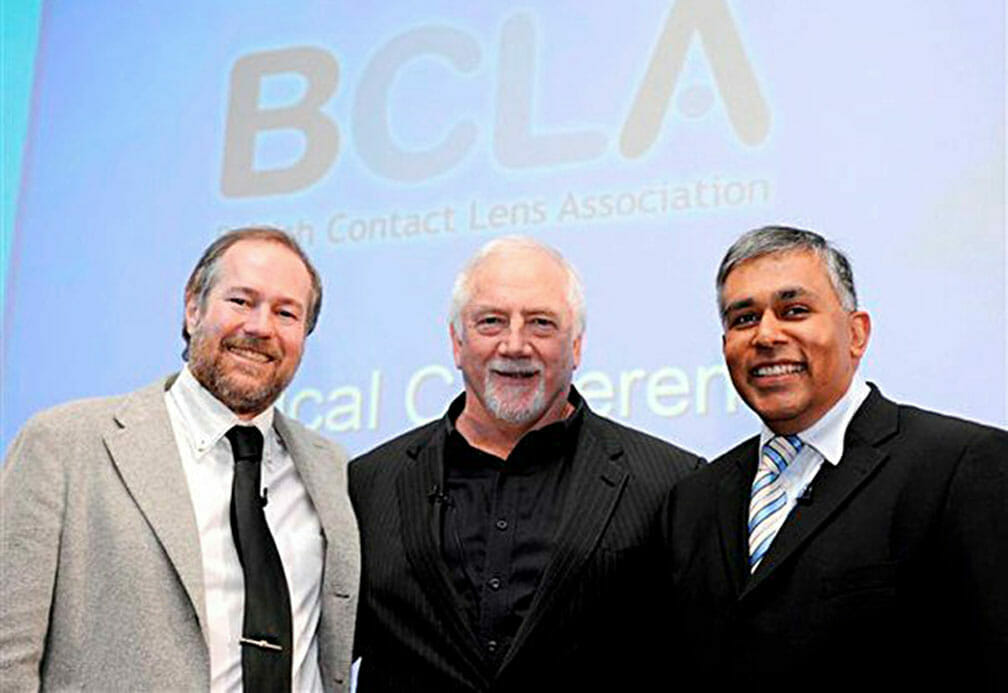 Third generation optometrist Alan Saks presents his perspective on the world of vision and meanderings from around the planet.

The end of July was a sad time for all with the passing of the larger-than-life Brien Holden, one of the giants of our profession. Brien’s funeral and life have been well covered elsewhere and in the September edition of mivision. It is also extraordinary that the July Edition of Optometry and Vision Science features Brien’s excellent 2014 Prentice Award speech.

Brien was one of my prime motivators and one of the main reasons I do what I do in terms of writing and presenting. He was the gold standard of presenters and I have striven to emulate his style. I enjoyed many good times with Brien at conferences around the world. One of the highlights of my presenting career was debating against Brien at the 2008 BCLA in front of a crowd of over a thousand people. He won – as he so often did – but I gave him a good run for his money. In true Brien style, he did alter the topic to suit his argument but so be it.

As he did for me, Brien inspired many people around the world to go above and beyond: Many leaders of research and industry have told me they can thank Brien for being where they are.

One of the highlights of my presenting career was debating against Brien at the 2008 BCLA in front of a crowd of over a thousand people. He won – as he so often did…

I’m writing this from the Qantas lounge in Singapore, having just completed presenting at the launch of Dailies Total1. Around half of the Singaporean optometrists were present. This was my first speaking engagement since Brien’s passing and I dedicated my talk on the history of soft lenses as a tribute to the memory of Brien: he was one of the co-developers and motivators behind high Dk silicone hydrogel lenses. Dailies Total1 is an evolution of that legacy.

I can think of many anecdotes and interesting interactions with Brien. The late night parties in hotel rooms around the globe – that often ended at sunrise an hour or three before we had to present – are memories that will remain with me for the rest of my life. Fond memories of a great guy, but largely his corneal physiology research helped guide my practice, through the late ‘70s to the present.

What will, however, be poignant, and very relevant in the years to come, will be his absolute commitment to the eradication of preventable ‘blindness’ from uncorrected refractive error in the less fortunate. As will be the management/control of myopia and in time, the commercialisation of a true accommodating IOL and much else. He has always stood up for the underdog and I well recall his refusal to present in South Africa until apartheid was abolished.

It will also be an emotional day presenting at the RGP symposium at the BHVI in September, an event that will be done and dusted by the time you read this.

Speaking of the history of soft lenses, I’ve been noting an increasing number of writers and presenters referring to ‘proper’ fitting of contact lenses. In recent years, sag-based fitting of scleral and hybrid lenses has been promoted. Now it seems there is also a desire to apply more of a sag-based approach to soft lens fitting. It’s actually been done before. There were (and still are, it seems) a few sag-based lenses on the market. Those advocating sag based fitting of course realise that modern disposables have seen to it that custom sags or base curves will be limited to the now rarely used, custom-made soft lenses we use for extreme cases.

I cut my teeth fitting custom soft lenses – in 0.05 to 0.1mm base curve steps and 0.25mm steps in diameter. There were times that we ordered, say, an 8.15 BC/13.75 diameter Biogel or Duragel 60 lens. Willie Hin was our primary lens manufacturer in Johannesburg – an amazing, pioneering soft lens maker.

My optometric family had noted hypoxia-related soft lens induced myopia (SLIM) at altitude, with the early, relatively thick HEMA 38, low Dk/L lenses (< 8 units). We thus started using 60 per cent water PVP based polymers that were developed by Frankland and Highgate in the UK in the 1970s. My dad Sid, brother-in-law Peter Brauer and my late uncle Brian did some very significant, ground breaking research on this. They showed that when one saw a progression in myopia – in previously stable patients after they started HEMA38 lens wear – then one could reverse it by fitting a 60 per cent water lens with a Dk in the range of 20–30 units. They presented this at a South African conference in the late 1970s. None other than Brien Holden told me that this paper was one of the defining moments in research and the evolutionary move to higher DK lenses. This paper, later presented by my uncle at a B&L research symposium in Rochester in the early1980s, was reported by the American Academy of Optometry as the first paper that showed this.

Hin’s lenses were ‘back-engineered’ by Bausch + Lomb, the then world leaders in soft lenses. I well recall Rick Franz, one of Brien’s close friends and collaborators taking a few vials of these lenses back to Rochester when he was still involved with Bausch + Lomb.

Hin was also a jeweller. Back then he made his soft lenses in the same office he made his jewellery. We’d occasionally see a rust spot or two on the lenses, from bits of airborne metal from the jewellery manufacture that happened to get onto a lens and promptly rusted in the 0.9 per cent saline. He had a simple lathe and a small oven, in which he kept the buttons – in order to control their desiccation before lathing – so that the calculated 40 per cent swell factor when hydrated, would lead to consistent lenses.

Hin’s made (and still makes) some of the best custom-made high water soft lenses on the planet for our family practice in South Africa. Back in the day we had a lot of aphakes and I recall some paediatric lenses he made for me that were 7.85/12.50/+28.00. He also made me some ultrathin EW lenses at 0.06mm central thickness. We rarely saw significant oedema and as far as I recall not a single case of sight threatening MK.

More on sag based fitting as time goes by as space precludes getting into more detail now.I find the history, the present and the future of contact lenses rather interesting and hope you do, too.Brien will be sorely missed but his legacy lives on.