Connect with:
HomemicontactParis in the Autumn: Does it Get Any Better!
micontact
author: Alan Saks

Paris in the Autumn: Does it Get Any Better! 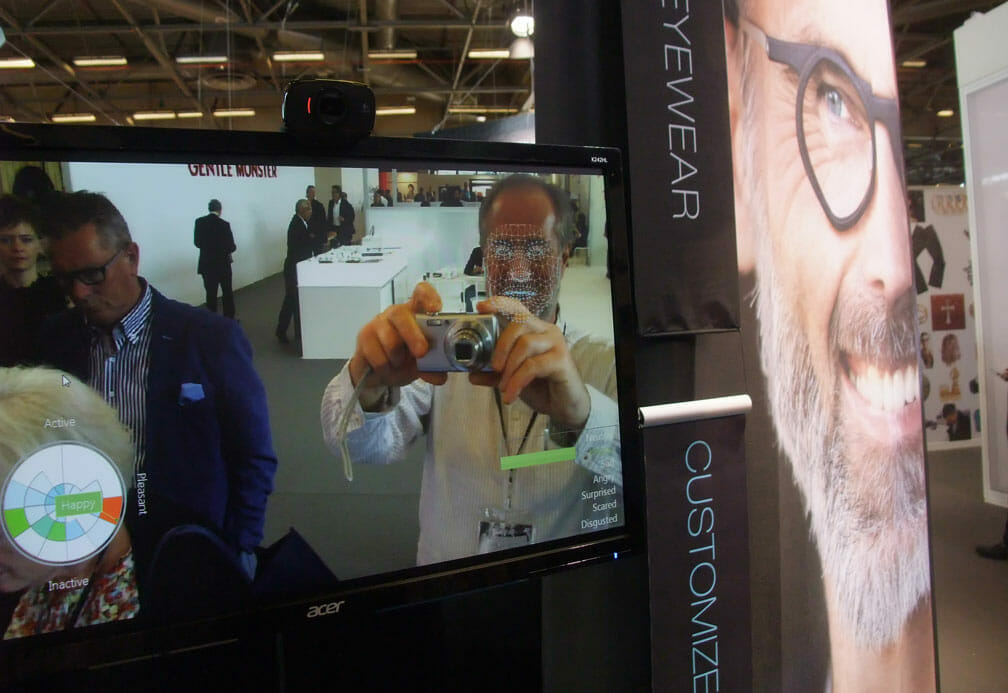 A visit to Silmo is an excellent refresher on the skills, materials and technology that combine in the manufacture of eyewear, and go so far toward achieving our ultimate goal: superb patient care. Alan Saks brings us the latest from Silmo.

I started writing this missive on the Emirates 1st lounge computer at Melbourne, after a rather frustrating journey back from the fantastic Silmo in Paris. Long story short, engineering issues saw me miss my connection to NZ, the last of the night. So it was overnight in the lounge for me. My laptop power supply was in my missing baggage, only delivered to my house some seventeen hours later than scheduled. This somewhat messed up my deadlines.

I’m almost back on track before I head off for the amazing New Orleans, a long-standing item on my bucket list. I’ll be attending the American Academy of Optometry (AAO) meeting. I’ll report back on anything of interest in my next mizone column.

The trip home was the only blight on what was otherwise a great time in Paris and the superb Silmo exposition, which I report on in a feature in this edition of mivision.

Paris is always nice. I’ve been going there since ‘77. I walked 10km a day exploring Paris and traipsing the hallways at the massive expo.

Silmo is largely an exposition of frames. That was my focus. A significant amount of space was dedicated to low vision and instrumentation. Low vision seems to be a growing area, as the prevalence of age-related macular degeneration seemingly increases. The scientific programme included a series of presentations and posters on visual efficiency.

In France ophthalmology rules the roost. Their political clout has seen to it that optometrists cannot officially prescribe contact lenses. Few do unless under ‘supervision’. This was apparent to me when I lectured at the University of Paris some seven years ago. It seems not much has changed. Contact lenses are thus not a big thing at Silmo, although 1-Day Acuvue Moist Multifocal did win one of the Silmo D’Or awards. Optometry is way ahead in contact lenses in Australasia, as we are in TPAs and the like.

It took me over thirty years to get to my first European exposition. After qualifying and joining the family practice in 1981, I met my wife in ’83. She twisted my arm to ‘drop out’ and travel Europe with her in ‘84. She didn’t need to twist very hard. We spent the best year of our lives in a Leyland Sherpa van that we self-converted into a basic campervan. No shower or toilet. Just a 20L water bottle, a mattress and a two-burner gas stove. We drove 60,000km from the Russian border, Kurdistan and the Black Sea in the east to the Portuguese coast in the west. It included two months of skiing and -24°C temperatures. It was so cold in the van that our green dishwashing soap froze. I guess it did mean we snuggled up a lot. I saved Karen from being kidnapped by Bedouins in Kurdistan. They were just as you see in the movies; riding big black horses and had gold daggers with ruby studded handles stuffed into their waistbands. They were after my blonde young girlfriend and a map of Eastern Turkey, rare and desired items due to the Kurdish situation.

On returning to South Africa I joined the family partnership in ‘85. I was junior to my uncle, father, brother-in-law and one other partner. They used to swan off to Silmo, MIDO, the US and UK. If I was lucky I got to attend a local conference. After a decade in the partnership, just as it was coming up for my turn to attend an overseas expo, we emigrated to NZ. After a few years settling down, I was head-hunted by the oldest firm in NZ, est. 1902. I joined the partnership. Again the partners who’d been there longer than me attended Silmo and MIDO. Just as my turn was coming up we sold the practices…

Hence why it took me so long to finally get to Silmo.

Don’t let it take you so long!

Back in the day my Dad and uncle enjoyed attending Silmo and MIDO, my grandfather before them too. They established many life-long connections. Among them was the legendary Marius Morel. He represented but one generation of the four generations of Morel’s, who’ve all been involved in spectacle manufacture. It was great to meet the latest generation of Morel’s and renew the connection.

My uncle once visited Morel’s manufacturing facilities in the town of Morez in the haut Jura region of France, near the Swiss border and Geneva. It’s a town pretty much dedicated to the manufacture of spectacle frames and parts. Morez is traditionally regarded as the capital of French spectacle making. The region was making over 12 million articles per year around the start of the 1900s.

I increasingly find the history of the eye care field fascinating. There have been some incredible developments in technology but in their era, the pioneers did amazing things.

Silmo was a great opportunity to renew old ties, make new acquaintances and get to see a seemingly infinite range of frames and fashion. It was also an excellent refresher as far as materials and technology go, which I always find interesting.

Chewing the fat with people like Hans Stepper, meister optiker and frame designer for over fifty years, was very interesting. He explained the materials that are added to inflexible titanium to create flexible beta-titanium. We discussed some of the manufacturing challenges: soldering needs to be done in a vacuum to prevent oxidation. More recently, highly precise robotic-welders apply a spot weld so fast the vacuum chamber is no longer necessary.

I discussed 3D scanning in my Silmo report. It was great to experience the technology hands-on.

Apart from beta-titanium and stainless steel, sophisticated plastics like TX5, Trivex, composites and some fancy Italian and Japanese acrylics are being used to create classy eyewear. The emphasis is on lightness and durability. Morel’s ultra-light polyamide derivative is being used in the flagship Ora Ito designed Lightech range.

It’s great to see like-minded people across the professions and industry work together for the greater good.

Provision of high quality eyewear, manufactured to exacting standards is critical in the role it plays towards achieving our ultimate goal: superb patient care.

It’s a part of the patient pathway.

It’s critical in the lives of the majority of spectacle wearers and often taken for granted.

It’s typically the success of the spectacles on which the whole gamut of our skills and services ride.

It’s always great when a patient puts on a pair of state-of-the-art frames and lenses and says they’re the coolest, most comfortable, finest pair of glasses they’ve ever had and that they’ve never seen better.

Full credit to everyone in the pathway.

Just as I started this column in an airport lounge, so I finish it. Five days later my flight out of Auckland was cancelled so I had to be up at sparrows for a way earlier flight.

Another six hours in the lounge gave me time to finish this month’s edition and submit it on time, before I let loose in New Orleans!

I’ll be glad to be back home though. It will be well into summer before I have to do any further significant international travel. It’s been a hectic six weeks.