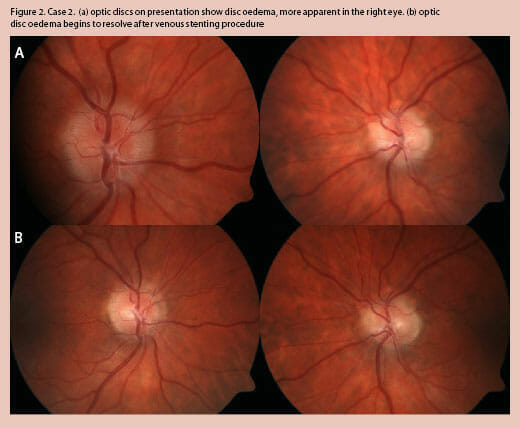 A thorough analysis of risks and symptoms is essential to successfully treat idiopathic intracranial hypertension.

The incidental finding of swollen optic discs during routine optometry review is uncommon. However, if disc swelling is found, this represents a key step in the diagnosis of some important medical conditions. Obviously, disc changes with visual loss always require investigation. However, in patients with disc elevation who do not have visual loss, the first step is deciding whether there is true disc oedema. There are several conditions which can mimic true disc oedema such as hypermetropic discs, crowded discs, optic disc drusen and myelinated nerve fibres. The features that can be used to differentiate true from pseudo disc oedema are listed in Table 1.

Assuming that there is true disc oedema and normal vision, then all patients will require some form of investigation as there are no clinically diagnosable causes of this combination of findings.

Patients will often describe a pressure-like headache felt behind
the eyes or posteriorly, that is present when they wake up…

Papilloedema is the term used when the disc oedema is due to raised intracranial pressure. Therefore, this term should only be used once intracranial pressure has been measured, and until that time the term disc oedema should be used. Though this may sound like semantics, unfortunately once a patient has been labelled as having “papilloedema” by an optometrist or ophthalmologist, then our health care colleagues may set the patient on the incorrect diagnostic pathway and will never question the optic disc findings. We strongly recommend that optometrists who see a patient with disc oedema, refer these patients urgently to an ophthalmologist, rather than directly to a neurologist.

IIH is a condition characterised by increased intracranial pressure (ICP) of unknown cause, predominantly seen in women of childbearing age and typically associated with weight gain.1 The term pseudotumor cerebri (PTC)2 covers the other conditions causing raised intracranial pressure in the absence of an intracranial tumour, where that underlying cause can be identified. This can include venous sinus thrombosis, renal failure or the use of doxycycline among others (Table 2). It is best to avoid using the term “benign intracranial hypertension”3 given that acuity and field loss is found in up to 25 per cent of cases and there is the potential progression to blindness if untreated. This means that IIH cannot be considered “benign” as far as visual function is concerned.

The diagnosis of IIH is made by the exclusion of other causes of raised intracranial pressure. A set of diagnostic criteria exists to help us confirm the diagnosis (Table 3).

Table 3: Diagnostic criteria for IIH8
**It is now established that IIH can occur without headache.
†In most cases the imaging is not normal but shows changes secondary to raised intracranial pressure but these changes are not specific to IIH.

Some patients will have no complaints, and their papilloedema will be found incidentally on a routine optometry visit. The most common symptom, however, is headache. Patients will often describe a pressure-like headache felt behind the eyes or posteriorly, that is present when they wake up. The headache typically improves once they are awake and have started their normal activities. The headache will often worsen when lying down, coughing or straining. Patients may also report a tinnitus that is heard in time with their heart beat, called pulsatile tinnitus. Transient loss of vision (lasting seconds) in both eyes may also occur with postural change, and in advanced cases can occur at any time. Rarely patients will have double vision from abducens palsy (CN VI) as the raised ICP affects the sixth cranial nerve as it runs over the petrous bone.

The optic discs will appear swollen, with obscuration of the disc margin and overlying vessels. Thickening and oedema of the retinal nerve fibre layer can be seen beyond the disc margin (see Table 2). In cases where the intracranial pressure has rapidly increased there may be disc haemorrhages. Cotton wool spots may be seen overlying the disc in severe cases, where there is threat of disc infarction and permanent visual loss. Choroidal folds across the macular region or circum-papillary folds (Paton’s line) may be seen. As mentioned, the patient may have a hypermetropic shift in prescription.

Optical coherence tomography (OCT) gives clinicians the ability to quantify the thickness of the retinal nerve fiber layer (RNFL) at the optic disc. The data from a recent study supports the possible use of OCT as a non-invasive quantitative method of monitoring the severity and evolution of papilloedema in IIH. In a cohort of patients with mild papilloedema associated with IIH, the RNFL thickness was 75 per cent (78.5 micron) greater than in control eyes and correlated significantly with Humphrey visual field indices of mean deviation (MD) and pattern standard deviation. Regression analysis showed that for every 10 micron of mean RNFL thickness increase at baseline, there was a 0.6-dB decrease in MD at the last follow-up.9 However in more severe examples of papilloedema becoming atrophic it would be expected that thinning of the nerve fibre layer would be associated with visual loss. Macular ganglion cell layer analysis coupled with acuity and visual fields, can help determine if there is optic atrophy being masked by the swollen remaining nerve fibre layers.

Patients will need referral for blood pressure measurements, urinalysis and blood tests. They should have urgent neuro-imaging including imaging of the dural venous sinuses. This can be a computer assisted tomography (CT) scan with CT venography (CTV) or magnetic resonance imaging (MRI) with MRI venography (MRV). Finally patients will need lumbar puncture to measure cerebrospinal fluid (CSF) pressure and check that the fluid constituents are normal.

Weight loss is the key to reversing this condition in the majority of IIH patients. Medications and other interventions are given to protect the eyes and treat the headache, while the patient loses weight. Initially, an aim of losing 10 per cent of the starting weight is achievable with support from the GP and family.

In one study, 25 women with a body mass index (BMI) >25, who had papilloedema and ICP >25 cm H2O, for over three months underwent a dietary modification. There were significant reductions in weight (mean 15.7 kg), intracranial pressure and papilloedema. Mean deviation of the Humphrey visual field remained stable, and in five patients, the Log MAR visual acuity improved by one line. Fewer women reported symptoms including diplopia, and transient visual obscurations. This study showed that women following a low energy diet had significantly reduced signs and symptoms of IIH and that these reductions persisted for three months after they stopped the diet.10 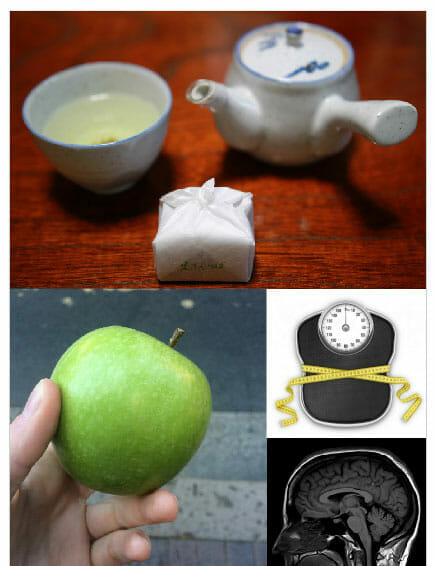 Reducing the production rate of CSF can be achieved using acetazolamide (a carbonic anhydrase inhibitor), and this is still the mainstay of medical therapy. Frusemide, bendroflumethiazide and topiramate may also be used in those intolerant of acetazolamide.

A 2007 study compared topiramate versus acetazolamide in IIH, and found no statistically significant difference in outcome, except for prominent weight loss in those given topiramate.11 A 2010 review of electronic medical records found the use of topiramate in IIH is seen particularly in patients with co-existent obesity, depression or bipolar disorder, with the average dose is 100mg per day.12

Surgical procedures lower the ICP by diverting the CSF elsewhere. If the vision is very poor, with gross papilledema, a window can be cut into the optic nerve sheath behind the globe to directly relieve the pressure on the optic nerve. This is called an optic nerve sheath fenestration. If headaches are significant or there is significant visual threat, CSF can be diverted from around the brain or spine into the abdominal cavity, called a lumbo- or ventriculo-peritonal shunts.

To date, no prospective, randomised study has been performed comparing lumbo-peritoneal shunt, ventriculo-peritoneal shunt and optic nerve sheath fenestration. Procedure choice appears to be based on local availability and the prominence of presenting symptoms. Well-designed, multi-centred clinical trials are needed to clarify which intervention best suits particular patients.13

A review of the literature examining the use of bariatric surgery for weight loss in IIH was published, reporting on a total of 62 patients. Over 90 per cent had resolution of their IIH symptoms, and 97 per cent of those with papilloedema were found to have resolution. The average post-operative ICP decrease was 25cm H2O. Prospective, controlled studies are necessary.14

With the recent emphasis on the significant number of patients with IIH found to have associated non-thrombotic dural venous sinus stenosis there has been renewed interest in endovascular stenting as a treatment option. However, the assumption that venous stenosis leads to a high-pressure gradient that decreases CSF resorption through arachnoid villi requires further evidence. In some cases where there is a clear venous narrowing, and the patient’s symptoms don’t respond to medical therapy, then this may be a valuable treatment option.

If normalisation of the ICP is achieved (by whatever means) the condition will be cured. It is essential that this be brought about before irreversible visual loss has occurred. With so many potential therapeutic measures available: weight loss, acetazolamide, other carbonic anhydrase inhibitors, CSF shunts, dural sinus stenting, the choice of therapy will depend upon the risk of visual loss or of continued significant headaches. If the process is mild and slow to develop then there is time for weight loss efforts and medications to be tried. However, if the process has been rapid or vision is threatened, then urgent surgical intervention may be required.

Dr Sara Booth-Mason is a co-founder of Gordon Eye Surgery and a current partner of the practice. Dr Booth-Mason trained at St Thomas Hospital and Moorfields Eye Hospital, London UK, gaining both medical and ophthalmology degrees. She has a special interest in cataract surgery, neuro-ophthalmology, general and medical ophthalmology as well as clinical research. Dr Booth-Mason is a Clinical Associate Lecturer at the Macquarie University, Australian School of Advanced Medicine and Senior Lecturer at SAN Medical School. 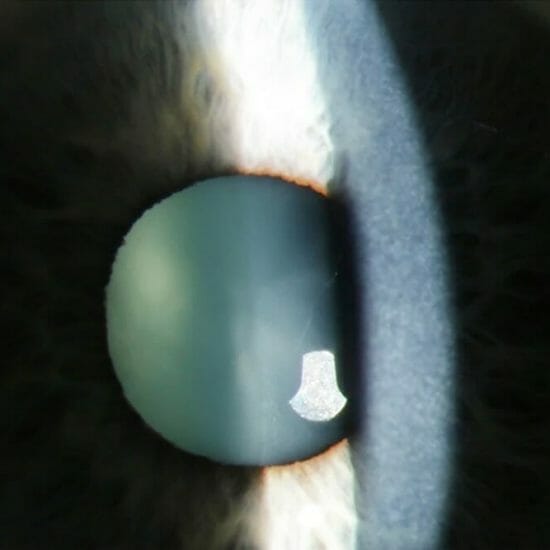 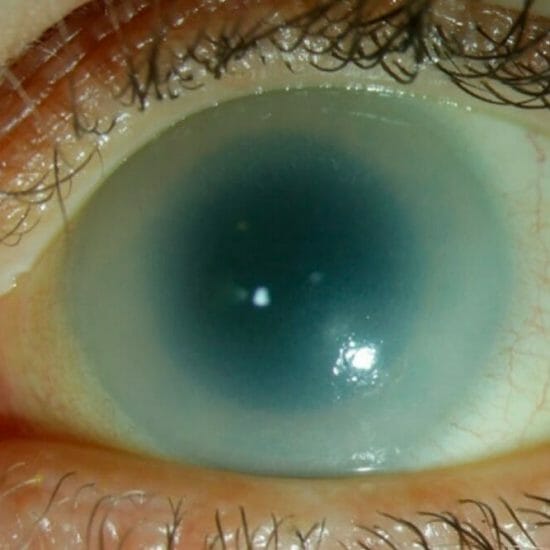 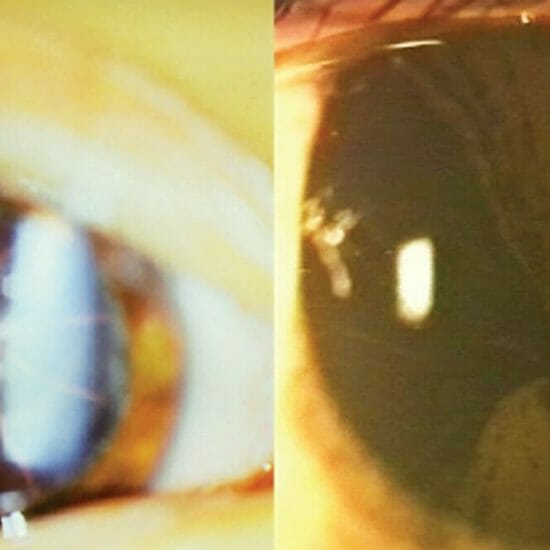