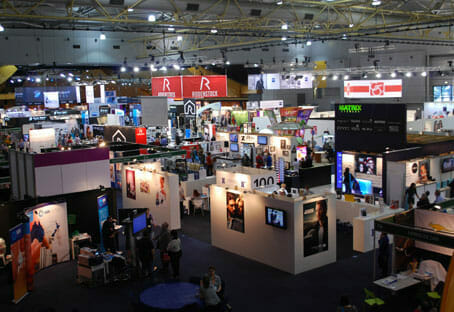 Robert Sparkes from Optimed has been elected unanimously to the Chair of ODMA at the Association’s Annual General Meeting on 11 November 2015. Mr. Sparkes takes over from Richard Grills, the elder statesman and longest serving of the ODMA committee who has served on the board since 1996.

At the AGM Mr. Grills presented a review of the year’s events, naming ODMA2015 as the organisation’s major activity. He said that although lauded as a success, with 103 exhibitors and over 400 delegates in attendance, the absence of some frame company members had led to the decision that the Brisbane venue would not be considered for ODMA2017.

Mr. Grills said the new board’s first order of business would be “to go to tender for ODMA2017 or indeed an earlier event and decide on an organiser, the venue and the format any event will take”.

Mr. Grills said one the most important ongoing services that ODMA offers its members is its Optical Industry Research, The Quarterly Optical Industry Survey, which is now in its 23rd year. He said an update to ODMA’s Australian Eyewear Analysis, which was initiated in 2002, had just been finalised and a copy of the research would be distributed to all members by the end of the month (November). Additionally, he noted that following the success of ODMA’s training manuals for independents, the Optical Retail Guide and the Basic Lens Dispensing handbook, the Association had released a Start Your Own Practice handbook designed to provide a starting point for anyone who wants to open a new practice.

Mr. Grills spoke about ODMA’s development of industry skills, highlighting the scholarships in Optical Dispensing, which have been available for seven consecutive years, as well as scholarships available to ODMA members’ staff who wish to undertake the Certificate IV in optical dispensing.

Additionally, he spoke about the strong alliance ODMA had formed with the new Young Optometrists group and the work with University of New South Wales over eight years, which he said was paying off. “ODMA’s dispensing mentoring program is now in its sixth year where trained optical dispensers working for ODMA members assist every day at the clinic advising the students about products and general dispensing.

“I would like to thank all those ODMA members who have donated their staff and resources to this important service which already seems to be bringing about attitudinal change in the graduates. ODMA member companies who are supplying frames on consignment to the university clinic should also be acknowledged,” said Mr. Grills. Business workshops had also been presented to the students, with assistance of Young Optom Chris Pooley and accountant Kathy Allen.

Mr. Grills said “The ODMA board is very proud of what has been achieved at UNSW which will hopefully deliver more industry ready retailers for the future. Hopefully these programs can be extended to the universities in other States. ODMA also sponsors information evenings for second years at UNSW designed to promote all the benefits of independent practice”.

Thanks to Outgoing Members

Mr. Grills thanked each of the outgoing board members, acknowledging their contribution both to the Association and the industry.

“Paul Stacey joined the board for the second time in 2007 representing Shamir Australia,” said Mr. Grills. “During Paul’s years as a director of ODMA he initiated many of ODMA’s educational and marketing and research projects. He was the technical editor of the Spectacle Story DVD and the Basic Lens Dispensing series in the Optical Retail Guide (ORG) plus he is the author of a number of the tools provided in the ORG. He also served as a panelist on the highly acclaimed Independent’s Survival Guide and served as the board’s resident expert on ODMA’s research.

He continued, “Gaye Wymond joined the board in 2001. As a frame wholesaler and owner of Eyes Right Optical with more than twenty years’ experience in the industry, she represented the interests of the frame wholesalers in particular and the Australian optical industry in general. Gaye held regular member forums for the Victorian member base. She was the driver of ODMA’s Member Services Program, represented the Association on Australian Standards committees and was a member of the Remuneration Committee.

“John Toouli, the Managing Director of Bolle (a fully owned subsidiary of Alliant Techsystems -ATK) was elected to the ODMA Executive Board in June 2006. John was the first elected member of the Executive to represent the sunglass industry sector specifically. John had a special interest in ODMAFAIR and leading the expansion of the eyewear, golf laser and sports optics brands. John supported Gaye in the Victorian member forums and his extensive financial knowledge was a huge asset to the Association.”

Mr. Grills concluded his final address as chairman of ODMA by thanking Chief Executive Officer Finola Carey for her “constant advice and support”.