Connect with:
Homeminews‘Rat Vision’ May Give Humans Best Sight of All
minews
author: mivision

‘Rat Vision’ May Give Humans Best Sight of All 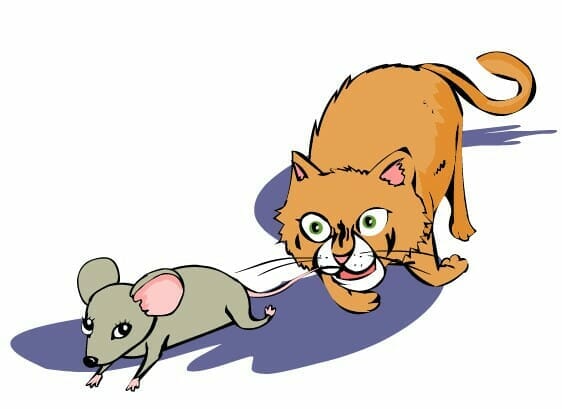 Humans have the best of all possible visual worlds because our full stereo vision combines with primitive visual pathways to quickly spot danger, a study led by the Save Sight Institute at the University of Sydney has discovered.

The surprising finding, published in Current Biology, shows that in humans and other primates, information from the eyes is not only sent to the visual cortex for the complex processing that allows stereoscopic vision, but also could feed directly into deep brain circuits for attention and emotion.

“The brain cells that we identified suggest that human and other primates retain a visual pathway that traces back to the primitive systems of vertebrates like fish and frogs,” said the Save Sight Institute’s Professor Paul Martin who led the team that made the discovery.

“These connections may not have been lost during evolution of humans and other primates after all,” said Professor Martin, who speculates that primates have the best of all possible visual worlds: full stereo vision, and the ability to quickly spot and respond to danger.

The ability of the primate visual system to generate 3-D pictures of its surroundings enables humans to play a game of tennis, and manage activities that require fine motor skills such as threading a needle.

To do this, primates have two forward-facing eyes that capture the same view from slightly different angles, and a visual system that keeps information from each eye separate until it reaches the brain’s visual cortex where the two views are combined to create 3-D vision.

Rodents, on the other hand, are more preoccupied with detecting and avoiding predators, and their visual systems reflect this: their eyes are on each side of their head, scanning different fields of view, and stereo vision is poor.

In both primates and rodents, messages from the two eyes enter the brain through the lateral geniculate nucleus (LGN), which is made of slivers of nerve cells, arranged like sponge in a layer cake. Whereas LGN cells in rodents fire in response to one or both eyes, until now, neuroscientists had thought that in primates, LGN cells fired only in response to inputs from a single eye.

Now, the Martin team has found a subset of cells, squeezed in between the main LGN layers in marmoset monkeys that fire in response to inputs from both eyes. The properties and connections of these “two-eye” cells resemble cells in the rodent LGN.

“At first we thought we’d made a mistake, but we repeated the experiment, and we were right – the cells responded to inputs from either eye,” says Natalie Zeater, a Save Sight Institute research student and lead author on the paper.

What’s more, in rodents the two-eye cells hook into sub-cortical areas of the brain such as the amygdala that help process emotion and fear responses, and areas that play a role in an animal’s ability to spot salient events in its environment – an approaching cat for instance. How these primitive circuits work remains unclear however they can be traced back in vertebrate brains from fish to frogs to rodents. The available evidence suggests they trigger an alarm circuit that makes the brain more attentive to important visual cues – those to do with danger or food, for instance.

“There is no doubt that processing of complex visual information in the cerebral cortex is what enables uniquely human behaviours,” said Professor Martin. “But these two-eye cells suggest that other types of visual information are just as important – they allow the human species to survive to engage in the complex behaviours.”

The researchers plan to delve deeper into the function of the two-eye cells, initially investigating whether there are the same direct connections between two-eye cells and emotion-processing centres as there are in rats.