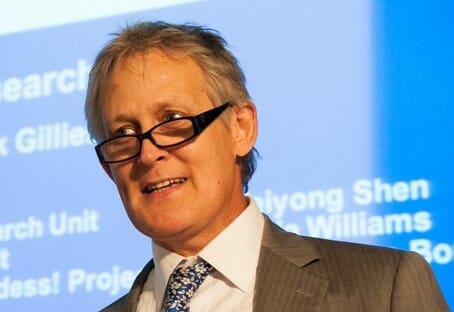 A small study shows promising signs that topical dorzolamide-timolol may help treat eyes with neovascular age-related macular degeneration that have had incomplete response to anti-VEGF therapy.

Professor Mark Gillies, from Save Sight Institute said the “interesting study from Professor Jayanth Sridhar et al, reports that dorzolamide, an eye drop usually used to treat glaucoma, can increase the efficacy of intravitreous therapy for neovascular age-related macular degeneration. The authors propose that reducing age with flow reduces the clearance of the injected drug from vitreous.”

Baseline spectral-domain optical coherence tomography and clinical data, including visual acuity and intraocular pressure, were obtained at enrolment and from one visit before enrolment. Patients were followed up for at least two visits after enrolment. Central subfield thickness, maximum subretinal fluid height, and maximum pigment epithelial detachment height from spectral-domain optical coherence tomography were recorded at each visit for evaluation of change.

Professor Gillies described the results as, “interesting” but cautioned that further studies were essential. “The results are interesting, with clinically significant reduction in intraretinal oedema and subretinal fluid which is always a good thing in these cases. But the study was poorly performed and reported. Fifteen patients were entered but only 10 were analysed and two of these did not make the final study visit at three months. So results were not analysed by intention to treat and there is little information given on the seven out of 15 patients that started the study and dropped out.”

Professor Gillies said he expects further studies will be undertaken. “This is an innovative notion that surely will be tested in randomised clinical trials sponsored by drug companies with glaucoma products. This evidence is not enough to change clinical practice at this point, since these drugs do have their own adverse events and the case is certainly not yet proven,” said Professor Gillies.