Connect with:
HomemitwocentsWe Have Met The Enemy and He is Us
mitwocents
author: Michael Jacobs

The infrastructure supporting optometry is changing. Independent optometrists with a solid business model will thrive in spite of the hostile environment but many independents will need the support of united industry representation behind them.

The last few months have seen a continued acceleration of change in optometry in Australia:

Globally, events with a likely impact in Australia include:

It is a statistical fact that in dollar terms, the independent optometry market (or at least that portion of the market not controlled directly by Specsavers and Luxottica) has shrunk by over 40 per cent since 2007. The announcements by Chris Beer (George and Matilda Eyecare) and Paul Sheehan (Better Eyecare) can only mean a further reduction in those numbers. Further, market research suggests that the average independent practice turnover is unchanged over that period at around AU$700k. This begs the question, what would it take to increase the market share and individual business turnover of independents? Business improvement by individual practice owners at a local level is certainly a key but what can be done by independent operators as a whole? What single strategy, what stroke of genius might offer a glimmer of hope for real growth in the independent market?

What single strategy, what stroke of genius might offer a glimmer of hope for real growth in the independent market?

To start with, let’s look at what makes the corporates and franchises so successful. In a nutshell it is two things – establishing their point of difference and advertising. They analyse the marketplace (call them consumers or call them patients) to determine what motivates them most.

This then forms the basis of their strategy and their advertising. It really is that simple. If we look at point of difference today, we have one corporate player who is driven by price or perceived value and the other who is driven by brand and fashion (no prize for guessing which is which). But what is the point of difference for independent optometry, not the individual practice but independent optometry as a whole?

While individual independent optometrists may perform acceptably at the local advertising level, what is their national presence? What is their point of difference compared to the franchises and the corporates? Why would a patient choose to go to an independent practice? I believe independents know the answer to that question and I also believe the answer is compelling – far more so than price or fashion. That answer is clinically focused eye care. But does the average Joe or Jane in the street know that? Does independent optometry have a national organisation presenting this message to the general public and can they be clearly differentiated from the corporates and franchises as a result of that messaging? After all, some of the franchises claim that their optometrists are “independent”. And if the public isgetting constant messaging about price and fashion, how is it to know there are other options? By definition, being independent is being ‘free from outside control; not subject to another’s authority’ which typically means that independents by and large have no body or organisation dedicated to promoting them and differentiating them from the franchises and corporates.

But what about ODMA? Surely it has a vested interest in promoting independent optometry since so many of its members are dependent on the revenue from the independent optometry market? And Optometry Australia, the national professional body who surely embodies what independent optometry claims to be its point of difference – clinical optometry. Regrettably, if recent events are any guide it would appear that both these organisations are too busy jousting with each other to be overly concerned about their constituents.

After two successful ODMA shows in Brisbane in 2013 and 2015, organised and run by Expertise Events, ODMA chose to utilise another event organiser for ODMA 2017 and after much delay, announced the show would be at the new Sydney Convention and Exhibition Centre at Darling Harbour.

Underwhelmed by the loyalty shown by ODMA, Expertise Events approached SILMO to see if it might be interested in presenting an Australian optical event, which as we all know by now, was accepted with great gusto.

In the meantime we had AVC and SRC 2016 approaching. A number of equipment wholesalers and members of ODMA approached Optometry Australia and the state branches under the guise of ODMA, threatening to withdraw from AVC and SRC if the OA did not reduce prices for exhibitors. ODMA was rebuffed and the equipment companies did not display.

ODMA equipment wholesalers realised they now had a problem as their next major show was not until ODMA 2017. They did not want to support SILMO so ODMA decided to create another show for 2016 – the O Show (held in Melbourne in May 2016).

Now, one of the big draw cards for attendees of all three of the major optical shows is the ability to earn a significant number of CPD points and Optometry Australia has always considered this to beitsdomain. While Victoria has SRC and Queensland has AVC, the NSW branch has had much success in recent years with its Super Sunday program. So when ODMA equipment wholesalers chose not to support SRC and AVC, OA NSW branch announced that Super Sunday in 2017 would be held in conjunction with SILMO Sydney, giving SILMO a huge boost in credibility and something of a poke in the eye to ODMA.

You might well ask “What does this matter to me as an optometrist?” Well, the good news is that you have another quality trade show you can attend but the downside is that the industry continues to fracture.

Finally, I was fascinated to see yet another corporate group claim its optometrists are “independent”. Really Chris? I quote:

“George and Matilda Eyecare will deliver a new and compelling proposition for consumers by combining the marketing, systems, technologies and resources of a bigger business, with the personalised service and local trust enjoyed by successful independent optometrists,” said Mr. Beer.

Michael Jacobs is a business consultant and columnist for it. He was the former Chief Executive Officer of Eyecare Plus for 10 years until early 2015. 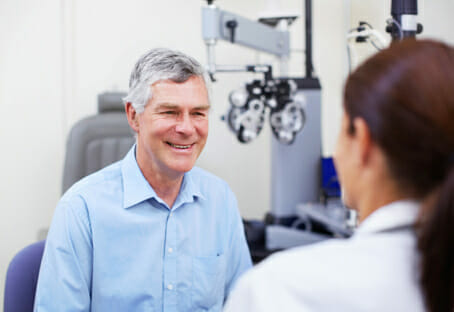