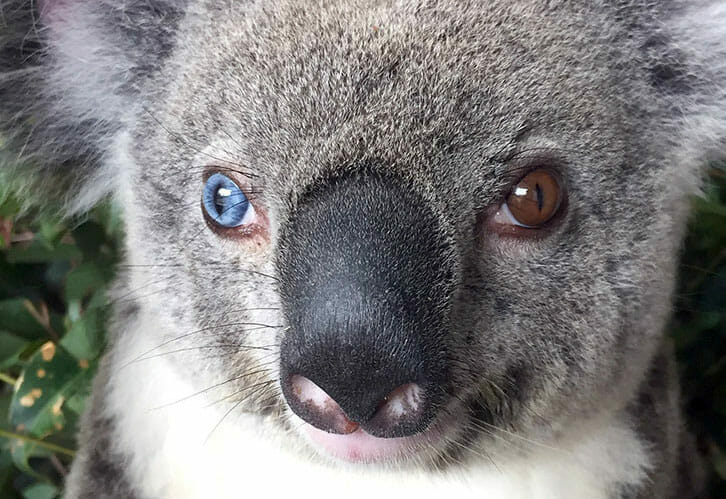 Bowie is the name given to this beautiful Koala, so-named because of his different coloured eyes.

While koalas usually have brown eyes, this one has heterochromia – or different coloured irises.

David Bowie appeared to have different coloured eyes however it was the unequal size of his irises that gave the impression of different colours – a condition called anisocoria. Bowie passed away in January 2016 after an 18-month battle with cancer.

Bowie the koala was rescued in a Brisbane suburb having slid under a truck. It is hoped that he will be returned to the wild soon.