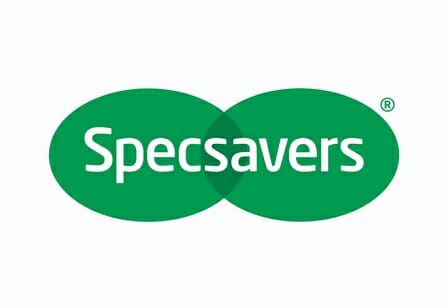 Collectively, Australian store revenues grew by 11 per cent across the year from AU$708 million to $786 million. In New Zealand, the story was similar with an annual growth rate of 9 per cent taking earnings from NZ$106 million to $115 million.

Charles Hornor, Director of Communications at Specsavers commented that despite a relatively pessimistic economy, the overall local optometry market had grown consistently over more than ten years. “In 2007 a then IBIS Report estimated the size of the Australian optometry / prescription optics market to be worth around $750 million.

“Fast forward to the 2015/16 financial year and the market is said to be worth closer to $2.5+ billion,” said Mr. Hornor. “That shows there has been enormous growth in optics and that is not always highlighted. Yes, we have grown as a network of stores and we are still growing, but so too has the market as a whole.”
Rather than opening new stores in 2015/16, Mr. Hornor said Specsavers’ focus was on expanding existing stores.

“In 2015/16 we opened a total of 12 new stores and expanded 54 stores. We took on more than 130 graduates from UNSW, QUT, Melbourne, Deakin and Auckland Universities. Ninety-six of those joined in our January 2016 intake, with 39 joining from Deakin University in August 2015,” said Mr. Hornor.

Across both Australia and New Zealand, more than three million eye tests were conducted by around 950 Specsavers optometrists and for the first time in one calendar year, the Specsavers manufacturing laboratory in Port Melbourne dispatched more than 4 million pairs of glasses to its stores in Australia and New Zealand, for collection by customers.

Millward Brown market share tracker research (commissioned by Specsavers on a rolling six monthly basis) showed that Specsavers market share in Australia and New Zealand was more than 40 per cent for prescription eyewear in the sixth months to 31 December 2015 (i.e. more than 40 per cent of Australian and New Zealand residents who purchased prescription eyewear in the six months to 31 December 2015).

Mr. Hornor said Specsavers promises its franchise partners that 6.5 per cent of every dollar earned will be invested in marketing. Based on revenue reported for the last financial year, that means Specsavers franchise partners can expect to be supported by a marketing budget of over AU$51 million in 2016/17. “In 2006, the total spend on marketing for the optical market was approximately $6 million,” he said.