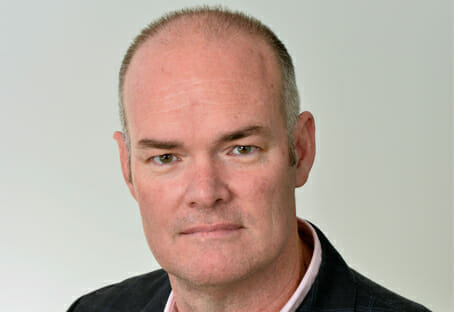 Dr Bradley Horsburgh (pictured), President of the Royal Australian New Zealand College of Ophthalmologists (RANZCO) has disputed a statement made by Medibank, published in The Australian newspaper, claiming that cataract surgery in Australia was more expensive than other comparable countries of the world.

In making the statement, Andrew Wilson, Medibank’s executive general manager, cited a 2013 study which found cataract surgery was more expensive in Australia in the US and twice as expensive as in Europe. 1

According to the International Federation of Health Plans 2013, in Australia, the average invoice cost for cataract surgery was $US3,841. In the US the cost was $US3,762, and in The Netherlands it was only $US1,610.1

However, Dr. Horsburgh said Medibank was not using the latest data about the costs of cataract surgery, which was updated in 2015.

I and my RANZCO colleagues are extremely confused by Medibank’s statement about the cost of cataract surgery in Australia, especially given that it relies on 2013 data…

“I and my RANZCO colleagues are extremely confused by Medibank’s statement about the cost of cataract surgery in Australia, especially given that it relies on 2013 data, rather than the updated 2015 data which is available and which shows that cataract surgery in Australia is cheaper than in either the US or the UK. Medibank is also very much aware that ophthalmologists’ fees account for less than a third of the cost of cataract surgery. The rest of the fees cover the costs of the intraocular lens, the anaesthetist and the hospital.”

Australian Private Hospitals Association CEO Mr. Michael Roff said that as well as being out of date, the costs from 2013 were distorted because of the very strong Australian dollar at the time.

“Medibank obviously chose the out of date report because in 2013, the Australian dollar was extremely strong against the United States dollar, which distorted the international comparisons,” said Mr. Roff in a statement published on Australian Private Hospitals Association website.2

“The 2015 report, which Medibank chose to ignore, shows Australia is indeed competitive based on the IFHP analysis and is not the most expensive country on any measure… the average invoice cost for cataract surgery in Australia in 2013 was greater than other comparable healthcare systems, including the US and New Zealand.”2

Dr. Horsburgh said increasing complexities associated with eye surgeries may also account for some difference in costs. “Ophthalmologists work with patients everyday who suffer from severe eye health issues, including cataracts, glaucoma, diabetic retinopathy and age-related macular degeneration, among many, many others. They are extremely skilled and dedicated professionals who work to treat these conditions and prevent avoidable blindness. They use the latest in medical technology, including lasers and optical coherence tomography, to operate on microscopic sections of incredibly delicate organs.

“The increasingly ageing population in Australia means that patients present with more complicated conditions and greater co-morbidities than ever before. Despite this, the data shows that in 2015 the cost of cataract surgery in Australia is less than in the US or the UK,” said Dr. Horsburgh.