The Power of Data for Health Outcomes 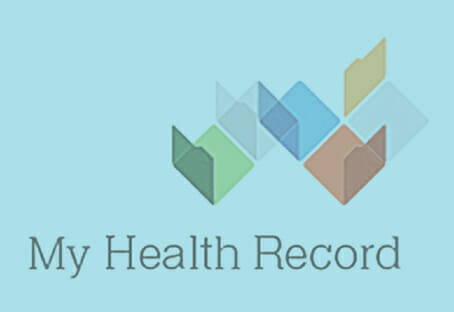 New research rejects concerns about sharing individuals’ health data, indicating that some 91 per cent of Australians are willing to share their de-identified medical data for the purpose of research.

The Roy Morgan Research poll, conducted on behalf of Research Australia as part of their annual national Australia Speaks study also found that 79 per cent of Australians would be willing to share their data if it went towards advancing medical research; 74 per cent would support it being used to improve patient care; and 60 per cent supported health officials using it to track diseases.

“The Australian health system has not effectively supported the collection and use of health data for research purposes in the past – and what we are saying is that the privacy considerations and other barriers can be overcome with enormous benefits as a result,” said Research Australia CEO, Nadia Levin.

“Around 4.1 million Australians currently have a My Health Record and we need to increase that number so that researchers can access de-identified data and put it to work to find new cures.

Around 4.1 million Australians currently
have a My Health Record and we need to increase that number…

“Right now there are trials underway in the Blue Mountains and North Queensland of an opt-out rather than opt-in system for My Health records, and that holds great promise for researchers and for improving the health of all Australians.

Ms. Levin said collecting Australian data to understand our own health needs will lead to new and better drugs and therapies that could also be exported to international markets.

“Whilst privacy has been raised as an issue in e-health, this data shows that if data can be protected and is used to improve the health system, Australians support it,” she said.

“This is absolutely doable – we can protect privacy and at the same time mine the data to improve our health system.”

The poll also showed that the community is increasingly turning to technology to improve health outcomes, with patients using the internet as an additional medical information source, and being open to referral to reliable sites from doctors.

Eighty-nine per cent of Australians reported consulting a doctor in the last 12 months, and 73 per cent of this group had used the internet to find out more about something their doctor had told them. The age group most likely to do this was 25-34 years olds (82 per cent), but even 69 per cent of those aged 65 and over had used the internet in this way. Just over one fifth (21 per cent) reported that their doctor had suggested a website where they could find more information, but only one in 10 had asked a doctor to suggest a website. Despite these relatively low numbers, three quarters (77 per cent) reported they would find it helpful if a doctor suggested a website they could visit.

Also recognising the power of data to further improve patient outcomes are RANZCO and Specsavers. The two organisations recently announced an historic agreement which will see them collaborate to gather data and assess patient outcomes against new guidelines for the management of eye diseases such as glaucoma, age related macular degeneration and diabetic eye disease. You can read the full story on page 20.