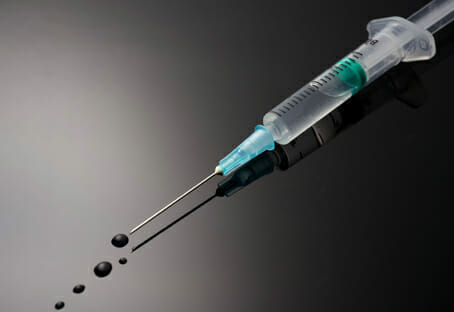 Optometry Australia has “welcomed the initiative shown by optometrists in the United States” who are lobbying state legislatures for authorisation to administer certain injections and perform some eye surgeries. However, at the Royal Australian and New Zealand College of Ophthalmologists (RANZCO), President A/Prof Mark Daniell says “eye surgery is a complex process requiring years of training and a thorough understanding of many areas of medicine” and it is “extremely unlikely” that optometrists in Australia will follow the American lead.

In late March 2017, the Georgia House of Representatives approved legislation that would authorise optometrists in the state to perform limited injections to areas near the eye. Should the bill become law, optometrists in Georgia would have to do 30 hours of training before performing injections around the eye and they would not be permitted to administer injections on the eyeball itself.

Optometrists in other states are lobbying state legislatures for expanded privileges so they may perform laser trabeculoplasty (LTP). In Florida, a bill passed the state House Health Quality Subcommittee, which may see optometrists performing eye surgery as long as they complete 30 hours of training. In Oklahoma, optometrists have been allowed to perform surgeries, including laser procedures, since 1988.

Andrew Hogan, President of Optometry Australia said Optometry Australia was following this development in the US with interest. “It is premature to suggest this will be replicated in Australia in the immediate future. However, we do note that the role of optometrists in primary eye care has evolved over time, strongly supported by education programs. Over half of Australian optometrists are now endorsed to prescribe topical scheduled medicines, and optometrists can be remunerated for the procedure of removing an embedded corneal foreign body.

“With the appropriate skills and training, there is likely to be a number of additional ways optometrists can contribute to patient care in the future. There is a clear regulatory process and path, under guidance from the health ministers, for any profession to safely extend its scope of practice, if it is judged that the profession may have an additional role in supporting unmet community or patient need. We welcome the initiative shown by optometrists in the US, who have identified that they can make an additional contribution to eye care in the context of their own health system,” added Mr. Hogan.

A study published in JAMA Ophthalmology in 2016 compared the outcomes of LTP between the optometrists and ophthalmologists in Oklahoma where both have been allowed surgical privileges to perform LTP to treat glaucoma patients since 1988. The report stated that “Medicare beneficiaries undergoing LTP by optometrists had a 189 per cent increased hazard of requiring additional LTPs in the same eye compared with those receiving LTP by ophthalmologists (hazard ratio, 2.89; 95 per cent CI, 2.00-4.17; P < .001) after adjusting for potential confounders.”1

A/Prof Mark Daniell said, “RANZCO believes that only properly trained medical professionals should perform complicated medical procedures such as eye surgery. While it is still a rare practice, we believe that the move in certain states in the US to allow optometrists to perform eye surgeries is incredibly dangerous, which is why it has been strongly opposed by the American Academy of Ophthalmology and the decision to allow surgery by non-doctors has been reversed in many jurisdictions.

“It is extremely unlikely that the practice of optometrists performing eye surgery could be introduced in Australia as this would require a significant change of policy by a number of regulators, health departments and health insurers. There is no public interest case that can be made for expanding optometrists’ scope of practice in this way, in fact there is a very strong public interest case against it as it would put patients at risk of severe complications and irreparable blindness. It is unlikely that Australian patients, who benefit from some of the best standards of healthcare in the world, would accept having untrained professionals perform their eye surgeries.”