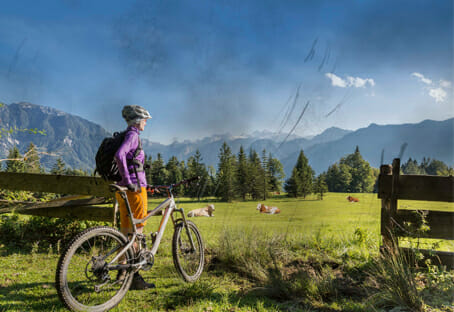 There are many patients out there who are genuinely troubled by vitreous floaters, yet knowing the benign nature of this condition, optometrists and ophthalmologists tend to dismiss them without empathy. Taking the concerns of these patients seriously, and treating them with either YAG laser vitreolysis or floater only pars plana vitrectomy, can make a significant improvement to their everyday quality of life.

YAG laser treatment of floaters is not new. First described in 1985,1 the procedure has been hampered by an inability to superimpose the illuminating light source of the laser with the path of the laser beam.2

The goal of treatment has been to disrupt floaters into smaller fragments rather than vapourise them.3 This is because it was much more difficult to vapourise a floater with a laser beam as the illumination to allow visualisation of the floater needed to come in from the side.

A new design to the YAG laser, made in Australia by Ellex (Adelaide), has overcome this obstacle by allowing superimposition of the viewing, lighting and treating axes.

There are no known long term risks with YAG…

Another obstacle to the successful vapourisation of a floater in the vitreous cavity has been the inability to concentrate energy required for optical breakdown in a region of the vitreous. With an altered beam profile, this has also been overcome by the Ellex instrument.

It is commonly believed that the laser just ‘breaks’ the floaters up into small pieces, but that is not the case. The YAG laser causes optical breakdown of vitreous opacities converting them to gas which leaves the eye via the retinal venous vasculature.

Certainly, if remnants of the posterior capsule following capsulotomy are hit by a YAG laser, they fragment rather than vapourise. Not so with vitreous floaters, which are truly vapourised.

This is seen with direct visualisation as a solid chunk of matter becoming a gas bubble and rising in the vitreous cavity. The size of the bubbles is akin to those seen in the anterior chamber with Selective Laser Trabeculoplasty (SLT) using a YAG laser.

Regrettably, not all vitreous opacities can be treated with YAG Vitreolysis and pars plana vitrectomy remains the definitive procedure to eradicate troublesome floaters.3

The best ones are those which are:

Pseudophakic eyes are easier to treat than phakic eyes but the latter is not a contraindication. This is because the optical clarity is better in a pseudophakic eye and there is no risk of induction of cataract if the lens is inadvertently hit with the laser beam. However, multifocal IOLs make focusing the laser beam more challenging.

Weiss rings are perfect for treatment with YAG laser vitreolysis.

On the other hand, there is no hope of significant improvement in cases of asteroid hyalosis. Fortunately, these patients are usually oblivious to the multitude of opacities in their vitreous cavities.

Despite the restrictions above, many eyes are suitable for YAG laser vitreolysis.

How the Procedure is Performed

YAG laser vitreolysis is done in an office setting, much like a YAG laser capsulotomy. The pupil needs to be maximally dilated. Topical anaesthesia is used to allow a contact lens to be placed on the eye but the procedure itself is painless. No sedation is necessary. It takes about 10 to 15 minutes… longer than a capsulotomy or an SLT.

Pressure on the cornea with the contact lens often causes the cornea to become a little cloudy and this restricts the amount of time the operator has to complete the process. Highly mobile floaters take longer as one has to wait for them to float back into view before firing the next shot. For numerous floaters, or ones that are large and poorly circumscribed, the procedure is performed over two or three sessions.

You can see the procedure being performed at vitreousfloatersolutions.com.

There are no known long term risks with YAG laser vitreolysis. However, it is possible to damage the crystalline lens (causing an instant cataract), hit the retina (causing a retinal burn) or cause a rise in intraocular pressure.4,5

Additionally, it appears that pseudophakic eyes are most likely to have a rise in IOP following vitreolysis, particularly if they have previously had a posterior capsulotomy. The mechanism of the pressure rise is unknown, though migration of microdebris into the anterior chamber has been suggested as a possibility.5

Retinal detachment has been reported with YAG laser application to the vitreous, though not for the treatment of floaters.4

Because vitreous strands are lysed during the procedure, relieving any traction on the retina, it has been suggested that the procedure may reduce the risk of a retinal detachment in the long term after detachment of the vitreous.6

In experienced hands, the only likely risk is that there are some persistent floaters remaining, which can lead to suboptimal levels of patient satisfaction. Obviously, vitrectomy is the definitive treatment for these troublesome floaters as it is likely that every single one will be removed.

To reduce the risk of an IOP rise, topical anti-glaucoma medications are instilled immediately after the procedure. No other medications are prescribed. I have not seen iritis warranting corticosteroid prophylaxis to date.

An IOP check and review of any persisting floaters is usually performed a week later and, if possible a month later, as rises in intraocular pressure can be delayed.5

Some You Can’t Help

Patients can be very irritated by floaters in their field of view and too often are told “there’s nothing that can be done”. However, they are often very motivated to seek relief. This is evidenced by the numerous floater forums which go into the subject matter in great detail.

Regrettably, obsessive patients are attracted to practices that offer YAG laser vitreolysis. A large floater in the visual axis can be vapourised yet the patient still manages to find a couple here and there, which they want treated.

Sometimes it seems that there is no end to their pre-occupation with the tiniest little opacities, and a floater that I can’t see, even one they feel is in the centre of their visual field, continues to bother them.

It’s possible to question whether they are seeing streaks in their tear film rather than real floaters. These patients will be disappointed with any treatment we can offer them.

Though not new, YAG laser vitreolysis has advanced to a degree that allows the successful relief of symptoms from troublesome floaters in many patients. Success is maximised with careful patient selection. Risks need to be explained to patients but the procedure avoids some of the risks of intraocular surgery. It should be considered as a possible alternative to pars plan vitrectomy for floaters though the latter remains the definitive treatment.

Dr. Con Moshegov completed his medical and specialist training in Australia and undertook further training in England before commencing practice in Sydney. He performed his first refractive laser procedure in London in 1994 and has had widespread experience in cataract and laser eye surgery. Dr. Moshegov is a consultant to major ophthalmic companies who seek his input into the incorporation of new technology into the clinical arena.