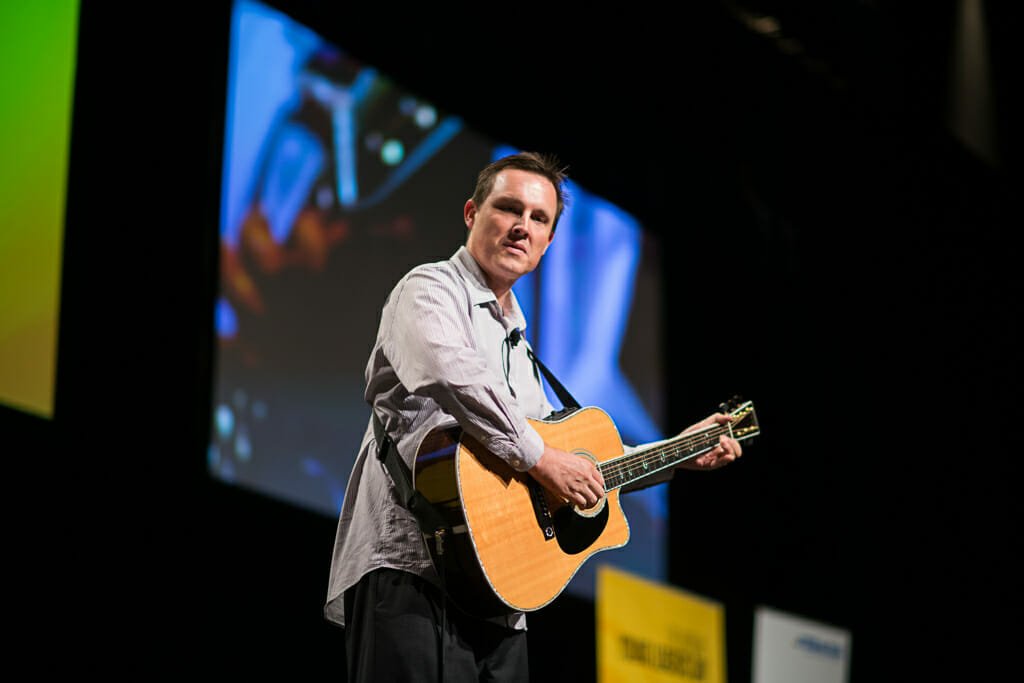 Eye care professionals are asked to get behind The Eye Surgeons’ Foundation annual JulEYE campaign while at the same time using a new app to educate patients about the vision impairment associated with eye disease.

The app – Inspired By Lorin (available free from the App Store and from Google Play Store) is the work of Virtuoso guitarist and motivational speaker, Lorin Nicholson.

Mr. Nicholson developed the app to enables user to experience, first-hand, what a person sees when they live with retinitis pigmentosa, diabetic retinopathy, glaucoma, and cataracts, in varying degrees from low to high vision. They can also use the app to donate to the JulEYE campaign which funds ground breaking medical eye research.

“Using the app, you can take photos on your smartphone and we’re asking people to post on social media using the hashtag #JulEYE to remind family and friends of how important their sight is, and to encourage them to donate this JulEYE,” said Lisa Cheng CEO of The Eye Surgeons’ Foundation.

Born with retinitis pigmentosa, Mr. Nicholson was declared legally blind at the age of four. His story is representative of the 1,600 Australian children that are diagnosed with significant vision impairment each year.1 Despite this life sentence, Mr. Nicholson has always been determined not to let his disability prevent him from leading a full and meaningful life, exhibited by his record breaking cycling career, Australian of the year nomination, best-selling book sales and his reputation as a successful musician and motivational speaker.

Mr. Nicholson hopes donations made to JulEYE via his app will offer hope to the 453,000 Australians who are blind or vision impaired by garnering additional support for research into finding new treatments and cures.

“I truly believe by supporting world-class research in the field of eye health that one day I will be gifted the opportunity of seeing the faces of my wife and children,” said Mr. Nicholson.

During the month of July, The Eye Surgeons’ Foundation invites everyone to appreciate the sight they have. Register for JulEYE for AU$35, celebrate your vision, and help raise vital funds to help end blindness. Then join the Eye Surgeon’s Foundation for the EYECon Night Walk on 29 July and raise much-needed funds for visionary medical research.