Probiotics: The Future of Eye Care? 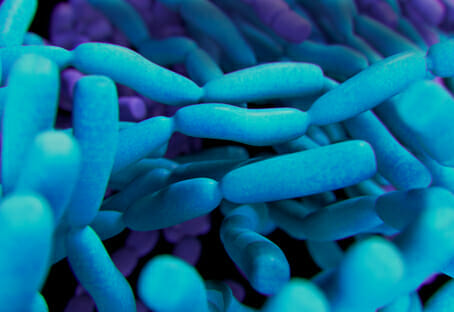 As evidence emerges of an ocular dysbiosis implicated in a number of eye disorders, researchers are increasingly turning their attention to the potential use of probiotics.

A recent editorial in Clinical and Experimental Ophthalmology1 was headlined “Meibomian gland disease and the microbiotome: is it time for ocular probiotics?” Such a posit would have been unthinkable just a few years ago, but along with the explosive interest in the microbiome associated with other tissues in the body, the ocular surface microbiome (or microbiotome; the collective genome of the microbiota2) is now being explored as both cause and cure in the pathogenesis of ocular surface disease.

Another area of growing interest in human health is the use of probiotics. The word ‘probiotic’ is derived from the Greek ‘for life’ and was coined by Lilley and Stillwell in 1965 to describe substances produced by one micro-organism that advantageously affected growth of another.3 However, the definition now commonly understood was developed in 1974 and redefined as late as 1989 as, “A live microbial feed supplement which beneficially affects the host animal by improving intestinal microbial balance.”3 More generally, Glasson et al. describe probiotics as “food supplements that contain live organisms… that confer a health benefit to the host.”4

These definitions stress the need for viable bacteria to be use, however nonviable bacteria are now known to exert positive ‘probiotic’ effects as well.

If we work within an ‘ecological’ framework, striving to reconstitute a healthy microbiome… we can begin to explore new avenues of treatment and prophylaxis

Although the terminology is very recent, evidence of probiotic use extends back thousands of years: Genesis records the use of fermented milk drinks, which were probably some of the earliest fermented foods, containing beneficial bacteria and thus conforming to the idea of a probiotic while Sumarian paintings from 2500 B.C. also depicted fermentation of milk via inoculation.5

Our present understanding of the role of bacteria in health and disease has been shaped by our ability to culture microorganisms. Using traditional culturing techniques, around 75 to 80 per cent of conjunctival swab samples are culture positive.6 It is becoming evident, however, that this knowledge is biased by those bacteria that are readily cultured. Common dogma suggests we can only culture one to 5 per cent of the bacteria that inhabit various niches on and within us, though it has been recently shown that many more bacteria can be grown using targeted phenotypic culturing.7 Hence, one of the biggest challenges in studying the influence of the human microbiome is to align evidence from culture studies with that from cultureindependent studies, since results vary by orders of magnitude in the number of species identified. A further challenge is to reconcile differences from culture independent studies that produce wildly different results.

The ocular surface includes the mucosal tissues of the bulbar conjunctiva, conjunctival fornix, and palpebral conjunctiva and has been described as paucibacterial8 (from ‘pauci’ in Latin meaning few), with a composition distinct from that of adjacent skin.8 Cultured species from the ocular surface comprise gram-positive species, including Coagulase Negative Staphylococcus (CNS), Staphylococcus aureus, Streptococcus spp., Corynebacterium sp., Micrococcus, Bacillus sp., Lactobacillus sp. and Propionibacterium.9 Less commonly cultured are gram negative species such as Haemophilus and Neisseria.10

Analogously to the gut, which is much more diverse (containing 100–1,000 bacterial species, and widely divergent between individuals such that each person’s gut microbiome can be thought of as a microbiome fingerprint),11 many functions related to homeostasis, immune competence and pathogen resistance conferred to the ocular surface by the resident microbiome, are still not fully understood. However, functions can potentially be inferred from cultureindependent studies that indicate a much more diverse ocular microbiome than previously imagined.

Kugadas and colleagues reviewed the impact of the (culturable) microbiome on ocular health.12 They found that culture rates differed drastically in different studies, from 17 per cent to 89 per cent for CNS. Further, 80 per cent of swabs from one study had a single organism while only 17 per cent had more than one species, suggesting a microbiome with very limited diversity.

We recently assessed the diversity of the ocular microbiome in a healthy population.13 Sampling from the lower lid margin, the most common species/strains identified were Propionibacterium (59 per cent), and Staphylococcus epidermidis (36 per cent) with average bacterial counts higher in males than females (162 ± 1 56 vs. 105 ± 187 cfu per swab; p < 0.05). These numbers are higher than other culture studies sampling the lid14 that yielded 10-100 cfu/swab in 3 per cent of cases only, with the majority of samples in the range of 0-10 cfu/swab (59 per cent). Conjunctival swabs have reported even lower numbers (0-4 cfu/swab) in 75 per cent of swabs),15 suggesting a limited abundance of viable, sustainable species on the ocular surface, and raising the question of whether such low biomass is sufficient to exert any substantial homeostatic influence.

Although the studies cited above suggest limited species on the ocular surface, it is becoming apparent that divergent culturing techniques can bias results. Swabs comprising a variety of materials and designs (calcium alginate, cotton, rayon, flocked) are used to sample bacteria from the eye. The swabs collect and release species and numbers of bacteria with differing efficiencies.16 Additionally, the area swabbed can variously include the lower conjunctival sac/inferior fornix or upper bulbar conjunctiva, and a number of different media are used for cultivation.17

Adding an additional layer of complexity, with improvement in DNA and RNA technologies, non-cultivatable bacteria are now being identified, leading to wildly divergent estimates for the number of bacteria inhabiting various niches of the human body (Dong et al.) identified 221 species-level phylotypes on the ocular surface (DNA sequence reads sharing 97 per cent identity) per subject in a healthy cohort,18 yielding 12 ubiquitous genera out of 59 identified. Graham et al.19 identified nine genera from DNA sequencing of bacteria sampled from healthy and dry eye subjects, while a study in Gambia revealed 610 genera belonging to 22 phyla in healthy and trachomatous eyes with differences in the ocular flora between children and adults.20 Shin et al. found higher diversity on the ocular surface than skin around the eye.21

In relation to anatomical specificity, Sundin and colleagues determined cultureindependent profiles very similar to reports from culture studies with most frequent genera being Staphylococcus (50 per cent), Corynebacterium (4 per cent) and Propionibacterium (2 per cent), and the most common species being Staphylococcus epidermidis (4 per cent).22 They stressed that the ocular flora is a distinct community from the peri-ocular skin microbiome.

In order to make sense of the wildly divergent pictures emerging through the use of different experimental techniques, Doan et al.8 attempted to reconcile the huge number of operational taxonomic units (OTUs) – a grouping of sequences of similar identity (usually 97 per cent) – identified on the ocular surface: as many as 460 OTUs from normal conjunctiva and a total of 7,392 from 107 samples21 with culture data. Using quantitative polymerase chain reaction (PCR), Doan and colleagues determined the presence of about one bacterium for every 20 corneal epithelial cells, suggesting the ‘real’ numbers of bacteria are around 40 bacteria or fewer per swab.8

Although for the time being some elements of the composition of the bacterial community of the ocular surface remain a mystery, there is evidence from other systems in the body (such as skin and gut) that treatments based around this ‘ecological/ holistic’ approach might be effective.

PROBIOTICS: THE FUTURE OF EYE CARE?

Advances in sequencing technology and bacterial community modelling, in addition to the rising crisis of antibiotic resistance, are reframing the way we think of, and treat, many diseases. If we work within an ‘ecological’ framework, striving to reconstitute a healthy microbiome, either locally at the site of disease, or perhaps even more importantly, enterically, we can begin to explore new avenues of treatment and prophylaxis.

Treatment of irritable eye syndrome with an oral combination of omega-3 fatty acids, probiotic lysate and vitamins, provides proof-of-principle that subclinical inflammation contributing to an ocular disorder can be treated enterically through targeting gut dysbiosis.23

In a Pseudomonas aeruginosa keratitis model,9 modulation of the gut microbiota has a more significant effect in increasing susceptibility to disease than the local (ocular) microbiota, supporting the idea that resistance is driven largely from gut microbiome priming neutrophils.

It has been suggested that to elicit some of the positive outcomes of probiotics use, fragmentation of probiotic lysates is more effective than live bacteria.23 Live bacteria are required to interact with commensals to help ‘rebalance’ the community while bacterial lysates might be superior in some instances. To regulate epithelial barriers and secretion of mucus and antimicrobial peptides, as well as stimulate the neurohormonal immune system, probiotic bacteria need to be fragmented by host enzymes and, under some inflammatory conditions, this ability of the host is compromised.23

In relation to dry eye, recent work using topical probiotics has evaluated supplementation of Bifiobacterium lactis and Bifidobacterium bifido on tear film quality in subjects suffering from dry eye.24 The bacteria were administered topically as part of a substitute tear mixture. The authors report a “successful full treatment in ameliorating dry eye syndrome”.24 Our laboratory is interested in applying this new understanding to the treatment of diabetic corneal neuropathic pain. There has been limited human research into the use of probiotics to alter the inflammatory and neuropathic symptoms experienced by people with type 2 diabetes mellitus (T2DM). However, a 2016 meta-analysis of randomised clinical trials exploring the effect of probiotics on metabolic profiles in T2DMm,25 concluded that probiotics can improve glycaemic control and lipid metabolism. A number of animal studies exploring central nervous system modulation by the gut microbiome have identified a direct link between the gut microbiome and depressive/stress episodes,26 suggesting that bacteria directly contribute to pain sensitisation (central sensitisation). Hence, oral probiotic administration is one potential avenue to reduce this neuropathic pain.

The microbiota has been shown to have a direct effect on priming neutrophil activity against bacteria. With the emerging evidence of an ocular dysbiosis implicated in a number of eye disorders, there is much potential to be explored in the use of probiotics.

The editorial that opened the dialogue into whether it is time for probiotics in the treatment of meibomian gland diseases1 cautions that there is still much to be learned in mastering appropriate techniques to faithfully catalogue and model ocular bacterial communities before new therapeutics can be rationally evaluated. But with the explosion of interest in this field within optometry and ophthalmology, the future of probiotics for ocular disorders appears promising.

This is an edited version of the article Bacteria and the eye: a probiotic future?, which appeared in Eyezone magazine, Vol 12 (74), July/August 2017. Printed with permission.

Dr. Judith Flanagan is Leader of the Ocular Comfort Program at Brien Holden Vision Institute and Manager of Academic Education. She is also a Senior Visiting Fellow at the School of Optometry and Vision Science at UNSW.

5.Kroger M, Kurmann JA, Rasic JL. Fermented Milks—Past, Present., Applications of Biotechnology to Traditional Fermented Foods: Report of an Ad Hoc Panel of the Board on Science and Technology for International Development; 1992.

10.Miller D, Iovieno A. The Role of Microbial Flora on the Ocular Surface. Current Opinion in Allergy and Clinical Immunology 2009;9:466-470.

22.Sundin OH, Reid TW, Mitchell K, et al. The Conjunctiva Has a Sparse Endogenous Flora That Is Distinct from That of the Peri-Ocular Skin. The Association for Research in Vision and Ophthalmology. Baltimore, MD, USA.; 2017.