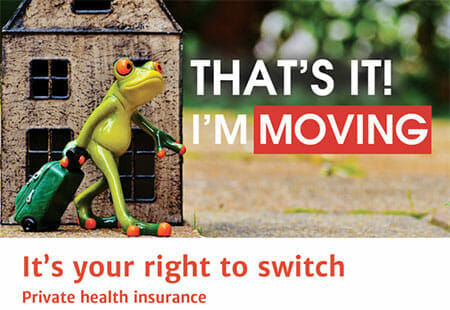 A campaign to increase consumer awareness of their rights when it comes to private health insurance will run in doctors’ practices and medical centres around the country.

ASO President Dr. Peter Sumich said the initiative – which will initially be rolled out in the form of a desk sign – is about doctors creating conversations with patients.

“We have an important role to play in helping people navigate their healthcare journey,” said Dr. Sumich.

funds are increasingly failing to deliver on choice. Restrictions and exclusions are becoming the order of the day and that’s simply not fair

“In Australia ‘choice’ is a key reason people take out private health insurance. With private cover they expect to be able to choose their doctor, their hospital, and their treatment.”

“However, funds are increasingly failing to deliver on choice. Restrictions and exclusions are becoming the order of the day and that’s simply not fair,” he said.

During an interview on radio 6PR, Dr. Michael Gannon, National President of The Australian Medical Association, highlighted the case of BUPA, which he said has “added to its sad list of exclusions and carve-outs by changing the rules according to whether or not they’ve got a contract with the hospital (a patient) might choose to go to.”

He said the changes added to the complexity associated with navigating the health system as GPs and patients would need to be aware of whether or not a hospital is in contract or out of contract with Bupa. “If they’re not in contract, Bupa’s going to retreat all the way back to the scheduled fee, potentially leaving people hundreds of dollars, if not thousands of dollars, out of pocket,” said Dr. Gannon.

It’s Your Right to Switch

Desk signs are being sent to doctors’ surgeries and medical practices throughout the country that display the campaign’s slogan ‘It’s your right to switch’.

Written in plain language the sign communicates to consumers that they can switch health funds at any time if they are dissatisfied with the product they have been paying for; and that the process is a simple one. Additionally, it explains that when patients switch to the same level of cover with an alternative provider, there will not be a waiting period (unless payments for the current fund are not up to date or the person is currently within a waiting period.)

The signs are also intended as a conversation starter. Patients should feel comfortable to talk to their doctor about every aspect of their care, including their private health cover.