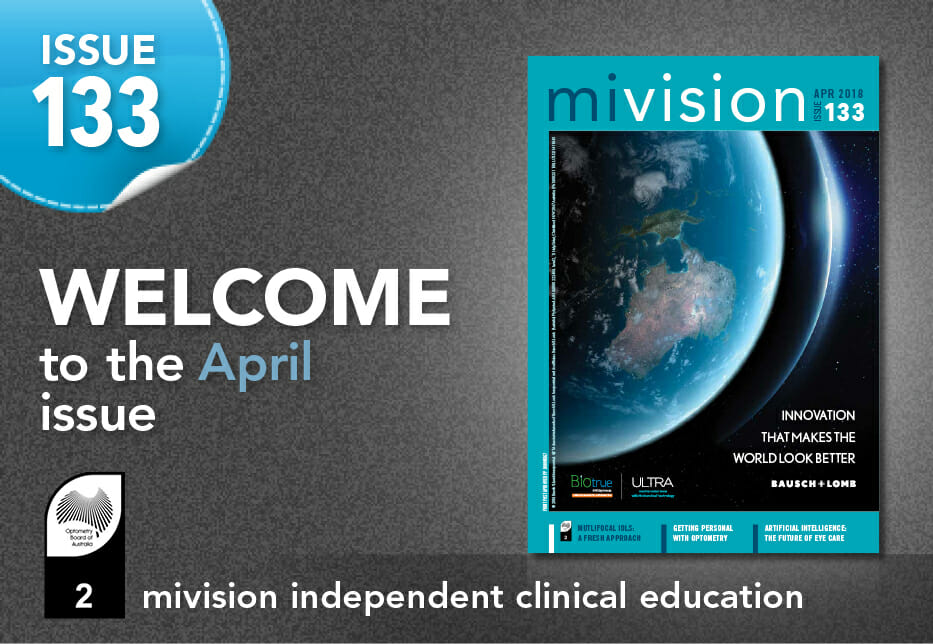 Two inter-related themes emerged while preparing this issue. The first was the future and the second was the need to overcome fear in order to embrace the future!

Michelle Cremona was the person who really drew my attention to the fear factor. She wrote in miprofession about being offered practice ownership only a few years after graduation. While reluctant to take the challenge because she felt unprepared, friends and colleagues encouraged her to take the leap – she’s loving her role.

Moving towards the other end of the career spectrum, Tony Martella, wrote about the mixed emotions he felt having decided to step down from his role as CEO of Optometry Western Australia after 13 years. Leaving behind the strong membership base and division he developed while at the helm felt overwhelming, yet he could see the professional challenges his new role offered, so he put aside his fears and decided to make the move.

New technology can create fear, yet we know with certainty, it is our future. Some of the most exciting advances in technology we’ve read about over the years, are now coming to fruition. Artificial intelligence is a big one that has some people fearing what it might bring. Yet it’s scope and accuracy for screening eye diseases holds extraordinary promise, as Dr. Amy Cohn writes in this issue.

On a broader business level, optometrist Jim Papas writes about the way new technologies can be used to tackle retailing challenges. “Traditional retailing is going through revolutionary change,” he writes in the lead story. “The good news for optometry is that consumers in rich countries in particular, are spending more on services, health care and entertainment as opposed to goods… and this provides our sector with some powerful opportunities”. It’s all about embracing the need for change.

Sven Goran Eriksson said, “The greatest barrier to success is the fear of failure”. But in fact, as I’ve been reminded over many years at my children’s schools, there’s nothing wrong with failure… if you never fail, you will never grow. And as Michelle Cremona writes, “You can easily talk yourself into thinking you’re not ready for something, but if you think you can do it, then take the challenge and prove yourself. No one ever feels truly ready – we constantly grow and acquire new learnings, regardless of age or experience.” Her wisdom is well in advance of her years. 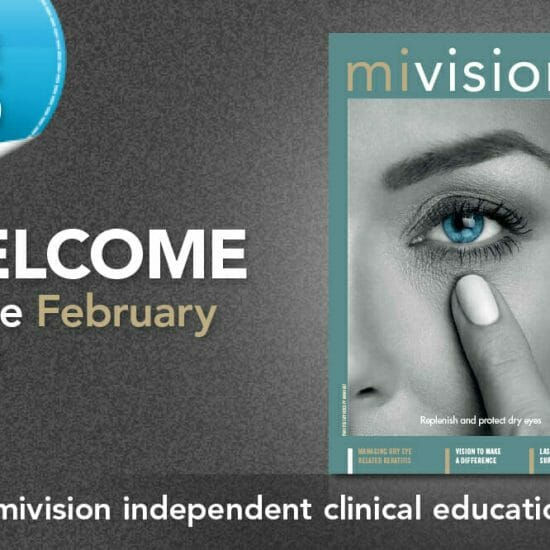 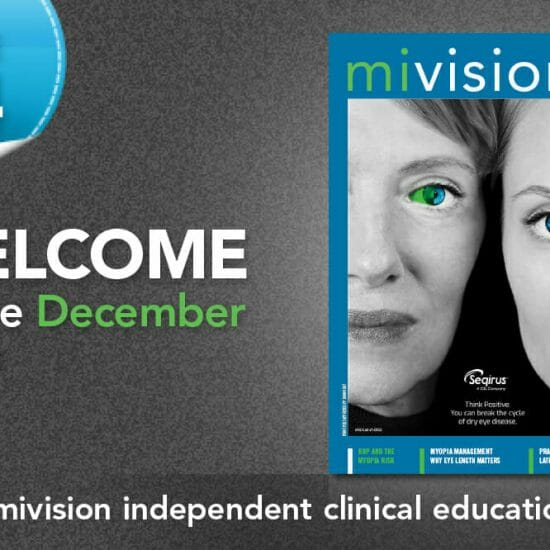 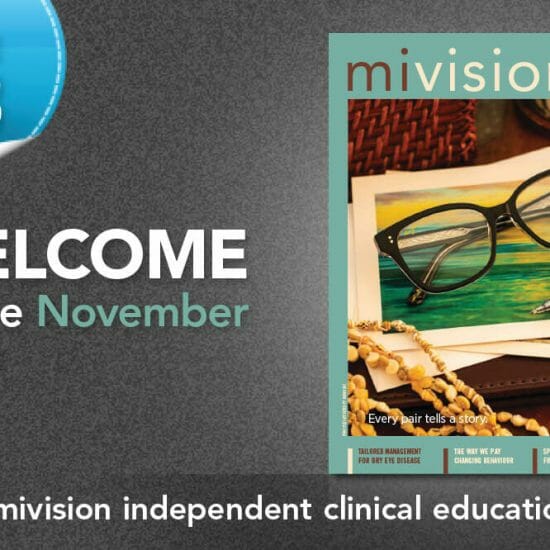