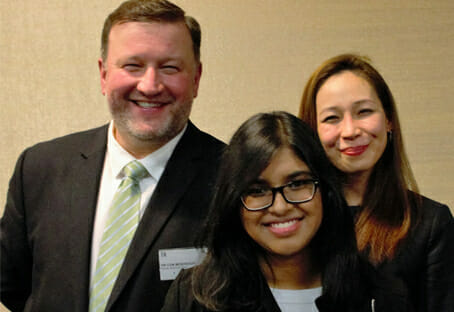 Graduates from the Masters of Orthoptics program, University of Technology Sydney (UTS), Graduate School of Health (GSH), were recognised at the School’s annual Orthoptics Prize and Scholarship evening in May.

In his opening address Professor Benrimoj said the awards reflect the quality of students and the level of involvement the school has with the orthoptics profession. “One of the main objectives of UTS, when it took on the Master of Orthoptics program, was to ensure that we work very closely to promulgate the profession, to develop its research and its teaching.”

He said since the UTS established its Masters of Orthoptics course, the numbers of students studying orthoptics had grown in strength and 60 students graduated in May 2018. According to the school, all found employment.

Professor Frank Martin, ophthalmologist and Chair of UTS orthoptists’ advisory group presented the Frank Martin Orthoptics Scholarship and in doing so, acknowledged the UTS Master of Orthoptics course and orthoptists’ valuable role in eye health. Student Eleena Tran received the award in recognition of achieving the “highest GPA based on the most recent completed qualification”. With a strong social conscience, Ms. Tran hopes to spend time working with people living in developing countries.

The second new award, presented by Dr. Con Moshegov from George Street Eye Centre, went to the student with the highest grade point average from a rural, regional or interstate area. Jennifer Prabhakar from Melbourne was the recipient. Ms. Prabhakar said she chose orthoptics as a career path because, “it is a perfect combination of my favourite aspects of anatomy and pathology, combined with my passion for helping others”.

Long term orthoptics teacher and researcher at University of Sydney School of Orthoptists, Neryla Jolly, presented the 2017 Lance- Jolly prize to graduate Shanelle Sorbello for achieving the highest average mark in the Master of Orthoptics course. The 2017 Orthoptics Australia (OA) Prize was presented to graduate Genevieve Mooney by Marion Rivers, President of Orthoptics Australia, which represents 500 orthoptists across Australia. This award recognised achievement of the highest marks in Professional Practice subjects. Ms. Mooney works at two clinics and aspires to be part of a rural and community paediatric program in the future and to volunteer overseas.

ORTHOPTICS TO MOVE TO NEW HOME

As part of the GSH, the orthoptics program will move to a new building, taking shape in the AU$2 billion Central Park development opposite the university’s Ultimo campus. Due for completion later this year, the school expects to begin operating there in mid-2019.

From there the GSH will provide postgraduate courses in the disciplines of pharmacy, clinical psychology, orthoptics and physiotherapy, along with new programs such as genetic counselling, Indigenous health and speech pathology, as they are developed.

The school also plans to operate a multidisciplinary primary health care clinic at Central Park that supports its teaching and research in these disciplines but which will also be of benefit to the community. The GSH will occupy the entire commercial space of the building, spanning six levels. 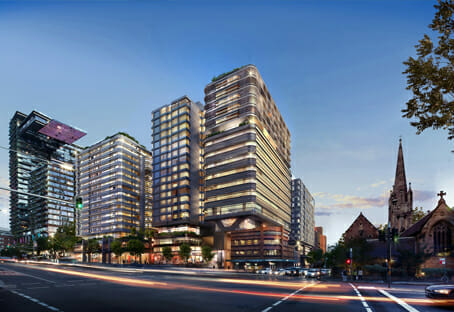