The Power and Potential of Orthok 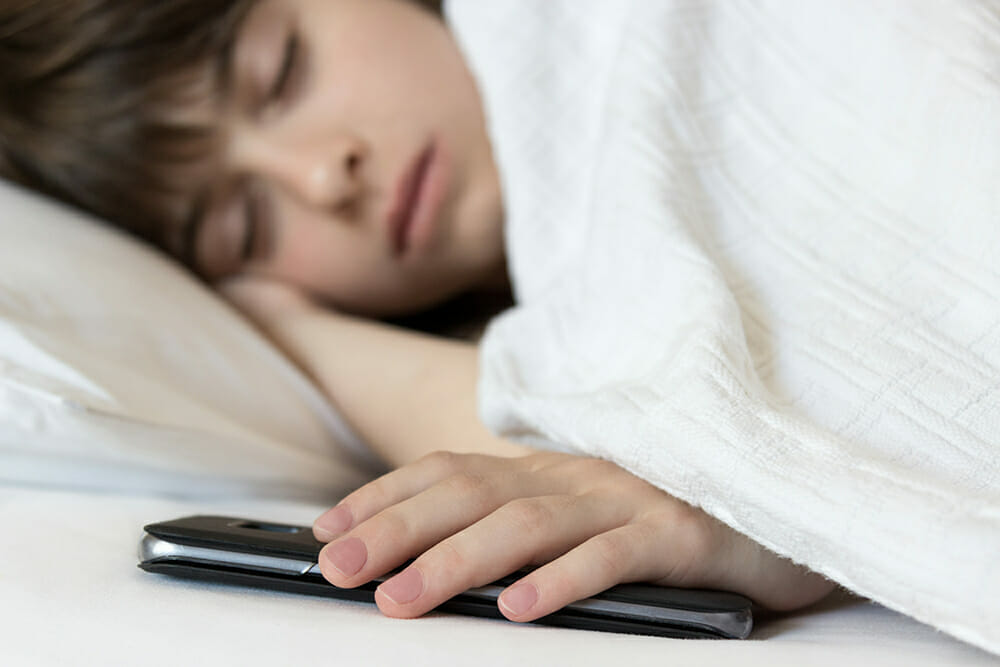 Orthokeratology has evolved significantly since it was first introduced to Australia 25 years ago. This advancing technology can now be used to correct moderate to high myopia and astigmatism, hyperopia and even reshape the cornea to create a multifocal prescription.

Cast your mind back about 25 years ago, when A Current Affair ran a story on an interesting new Lasik alternative, known as Orthokeratology. Impressively, the program claimed it could correct your vision while sleeping.

In my case, I was lucky to be one of the first to fit this new technology in Australia. The practice I worked in had a penchant for fitting hard lenses and had purchased a corneal topographer, which was cutting edge at the time. It was natural, therefore, that our practice would take on these new lenses.

I was sent to my first ‘conference’, if it could be called that, with three other people from around Australia. It was run by John Mountford, who taught us the skills needed to fit orthoK lenses.

it is likely that we can use this technology to almost stop myopia progression in most cases, especially in young children where myopia progresses quickest

When first developed, the qualifying criteria of patients suitable for orthoK lenses was pretty limited: adult myopic patients up to -3.00 with no astigmatism greater than -0.75. In general, with little experience in corneal topography, as long as you did not venture outside these limits, you had a good chance of success.

How things have changed… today Orthok lenses are used to fight the myopia epidemic and an increasingly broad range of vision disorders. Experienced practitioners can correct moderate to high myopia and astigmatism, hyperopia and even reshape the cornea to create a multifocal prescription.

Orthokeratology practitioners were one of the first groups of optometrists to begin addressing the myopia epidemic. Indeed, when it was noticed that myopia progression in children was slowed by the wear of orthoK lenses, they became the first myopia controlling practitioners with a technique that worked. 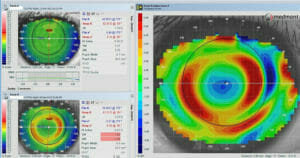 Figure 1. Comparison map showing baseline and the effect on corneal shape usuing a 4 Curve lens design. This shows an incomplete red ring of mid peripheral steepening around the area of central flattening 2.77 D.

Since then, we have learnt a lot about why the corneal reshaping that occurs with orthoK slows myopia progression. Work by Professor Earl Smith found that the mid peripheral retina was important in controlling myopia progression.1 He argued that the myopic eye had a peripheral image shell that sat behind the retina and as such, sent signals to the retina to grow towards it. Orthokeratology lens wear steepens the mid peripheral cornea and, as such, helps to move the peripheral image shell in front of the retina, helping to turn off these signals and slowing myopia progression. We are now entering a period in the research cycle where clinicians and scientists are investigating ways to optimise orthoK lens specifications to achieve maximal myopia control, mainly through changes to lens designs.

Most current designs have four to five curves, however the newer lens designs consist of six to nine curves with aspheric optics. These lenses have many advantages over the older designs. Among other things, they can generate specific optic zone sizes and greater mid peripheral tissue steepening. Both of these changes have been found to control myopia progression more effectively than earlier lens designs. All this results in lenses that hold the promise of, and seem to be delivering, much better myopia control.

The scientific literature reports an average of approximately 50 per cent slowing of myopia progression with orthoK lens wear, however these results have been achieved using the standard four to five curve designs. A number of preliminary investigations are finding that newer lens designs can deliver much greater results. Eddie Chow presented a poster comparing standard orthoK lenses with the latest customised lenses on axial length progression.2 He found that axial length increase in the customised lens designs was markedly reduced when compared to patients wearing conventional lenses. This finding was particularly noticeable in lower myopes (traditionally it has been difficult to slow myopia progression prescriptions in low prescriptions as early designs do not generate enough mid peripheral steepening to do so). 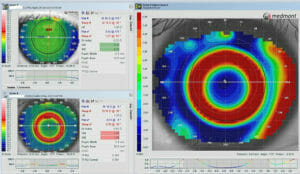 Figure 2. The new comparison maps showed more flattening, (5.12 D) and a complete red ring around the central treatment zone. We, and the patient, were very happy with the result.

Alex Petty, in an article first published in New Zealand Optics, reported on the findings of a retrospective study from the University of Auckland. The study compared the effects of soft multifocals and orthoK lens wear on myopia progression. Similar to previous findings, orthoK lens wear slowed myopia progression by around 50 per cent.3  The orthokeratology cohort in this study consisted of patients wearing either a standard four to five curve lens or a customised Falco myopiacontrol lens design from Switzerland. After publication of this paper, the investigators were curious to see whether these two lens designs differed in their effect on myopia progression. They re-analysed the data and found that the customised lens design slowed myopia progression by an average of 92 per cent. Both of these findings suggest that we can achieve much greater myopia control with new customised lens designs (the results of these most recent investigations are yet to be published).

This is an exciting time to be involved with orthokeratology. If these results are true, it is likely that we can use this technology to almost stop myopia progression in most cases, especially in young children where myopia progresses quickest. The potential is such that a -1.00 myope could be fitted with orthoK lenses and with specific modifications ie. a small optic zone and more mid peripheral steepening, we could keep their myopia around that level. This greatly reduces their chances of complications that come from increasing myopia.4

These new lens designs also allow us to expand the range of prescriptions that we can correct. While traditionally, an orthokeratology lens practitioner would only use orthoK lenses to correct myopia, they are increasingly taking the opportunity to correct other ametropias, eg. hyperopia, astigmatism and even generating multifocal designs. As such, they cover more of the population requiring visual correction. Some advanced fitters have even been known to remould Lasik corneas that have rebounded.

A 21 year old patient I inherited demonstrates the potential of orthoK practice. When the patient came to us from overseas, she was using a standard four curve design and complained that the vision in her right eye had never been as good as her left eye. Her unaided vision was 6/21- and her prescription, after orthoK lens wear, was -0.75/-1.50 x 180.

We performed a washout and found that she had a moderate to high prescription of -5.25/-1.25 x 180. Having analysed the baseline maps, we found there were significant differences in the height of the cornea along the steep and flat axes at the chord of contact. These differences were enough to suggest that she needed a toric lens to better match the shape of her cornea. We designed a back surface bi-toric contact lens using an eight curve lens (Orthotools).

TIME TO GET INVOLVED IN ORTHOK

Orthokeratology lens fitting is a growing and satisfying part of any contact lens practice. It is mainly used for controlling myopia progression but, as we learn more about corneal biomechanics and lens designs, we can also offer these lenses to a broader range of patients. Practitioners who want to be involved in this exciting and satisfying part of optometric practice should do two things:

OSO is the oldest Orthokeratology Society in the world. Having said that, it is also a dynamic and developing Society mainly because the committee is passionate and the technology has been developing over the years. Plus, of course, we have a great cause to fight against: to be able to slow myopia progression and prevent blindness is a powerful movement to be involved in.

Come along to the 13th conference of the Orthokeratology Society of Oceania, at the Royal Pines Resort on the Gold Coast, from 5– 8 October 2018. Here you will meet clinicians pioneering new lens designs and practitioners fitting them. Additionally, you will have a great time… many participants have told us that this is the best conference they have been too. Come and see for yourself.

Dr. Gavin Boneham consults at Boneham Optometrist Eyecare Plus, George St, Sydney and is a Visiting Fellow at the School of Optometry, UNSW, the President of the Orthokeratology Society of Oceania, and a reviewer of Clinical and Experimental Optometry. Dr. Boneham has a particular interest in orthokeratology and 24 years’ experience fitting OrthoK lenses.

Rodenstock: Loved From Past to Present