Connect with:
HomeminewsBlindness In PNG Among Highest in World
minews
author: mivision

Blindness In PNG Among Highest in World 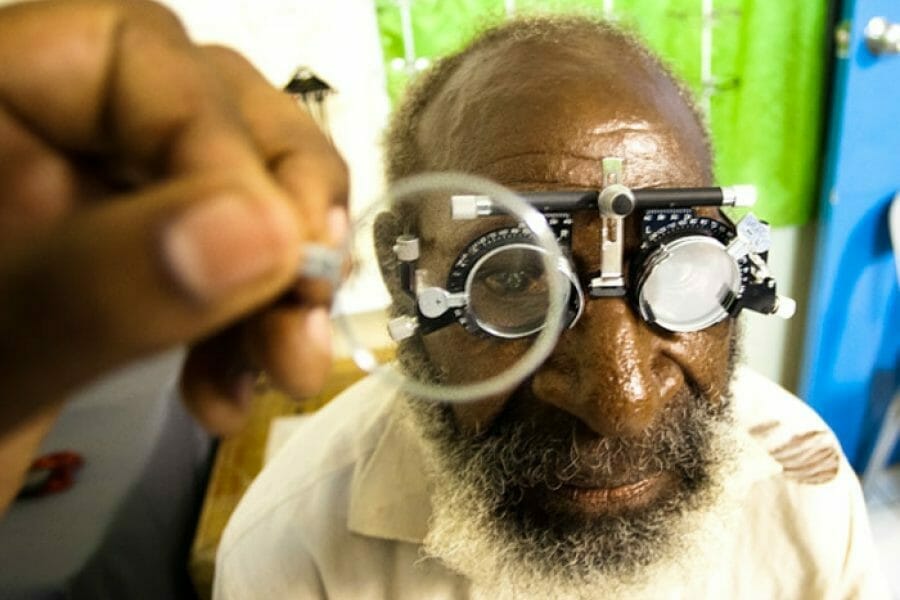 Health education and access to eye health services are essential to reduce the unnecessarily high prevalence of blindness in Papua New Guinea.

Health education and access to eye health services are essential to reduce the unnecessarily high prevalence of blindness in Papua New Guinea.

The first national survey on eye health in Papua New Guinea (PNG) has found that the prevalence of blindness among people aged 50 years and older is 5.6 per cent, which is one of the highest rates in the world.

The study, which was recently published in the British Journal of Ophthalmology, found the major causes of blindness and vision impairment are cataract and uncorrected refractive error. The authors state that an increase in services, resources and efforts to improve eye health literacy among the population are needed.1
Cataract surgical coverage (32.9 per cent) was low compared to the median of 53.7 per cent across low- and middle-income countries in Asia, Africa and South America. People in the Highlands are especially disadvantaged as only 9.2 per cent of women and 25 per cent of men had received the surgery that they need.

Lead author on the study, Dr. Ling Lee from Brien Holden Vision Institute, said that the primary barriers for people getting cataract surgery were being unaware that treatment was possible, reporting that they didn’t feel a need for treatment, and the costs involved.

The study also found “poorer than expected outcomes” from cataract surgery (these outcomes are below the WHO recommended target). “We believe that difficult terrain and the absence of road infrastructure hinder patients travelling to health facilities, which could be a factor in people not receiving necessary post-operative care, and an explanation for this finding,” said Dr. Lee. Importantly, the research found a significant gender disparity – with rates of blindness in women (7.0 per cent) significantly higher than men (4.4 per cent). As well as the imbalance in cataract surgical coverage, 79.1 per cent of women with refractive error did not have appropriate correction, compared with 61.3 per cent of men. “There is a particular need for services for women to address this imbalance, as well as improved access for people in the Highlands,” said Dr. Lee. “In addition, health education on avoidable blindness targeting older patients is likely to improve outcomes.”

The RAAB survey was initiated by the PNG National Prevention of Blindness Committee and implemented with the support of PNG Eye Care and Brien Holden Vision Institute. It was supported under a research grant from The Fred Hollows Foundation.

A full summary of this survey is provided in the report: Rapid Assessment of Avoidable Blindness and Diabetic Retinopathy Report: Papua New Guinea 2017, which is available from Brien Holden Vision Institute.