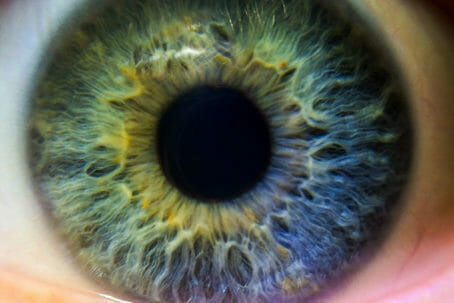 Monocular trials are recommended when initiating treatment in the 2010 NHMRC Guidelines,1 but is there evidence to support its use in clinical practice?

In a monocular trial, a patient is commenced on a topical hypotensive agent in one eye, while the fellow eye acts as a control. Theoretically, this allows the clinician to assess the efficacy of the medication while accounting for intraocular pressure (IOP) fluctuations. After a short trial period, the patient returns for assessment of the IOP response and potential adverse effects.

The reduction in the treated eye is adjusted according to the IOP change in the control eye. For example, a patient with newly diagnosed glaucoma presents with baseline IOPs of R 25mmHg and L 24mmHg. A monocular trial of a prostaglandin analogue in the right eye reduced the IOP to 17mmHg while the untreated left eye (control) measured 22mmHg at review. The unadjusted IOP reduction would be 25-17=8mmHg. However, the left eye (control) showed a change of -2mmHg. Therefore the adjusted IOP reduction would be 6mmHg (24 per cent).

IS THE FELLOW EYE AN EFFECTIVE CONTROL?

In using one eye as a control, it is assumed that non-therapeutic factors (such as diurnal variation, fluid intake, body position, exercise, and even systematic measurement errors) affect the IOP of both eyes similarly. Studies have shown that IOP is generally symmetrical between the eyes over a 24 hour period in normal, glaucoma suspect, and glaucoma patients2-4 and this is maintained even in different postures.5 However, this is not true for all patients, with some exhibiting dissimilar diurnal curves between the two eyes. While this has been shown in some normal patients, it was more pronounced in patients with glaucoma and ocular hypertension.6,7 Hence, spontaneous asymmetric IOP fluctuations may potentially confound the interpretation of the monocular trial.8

IS THE IOP RESPONSE TO THE HYPOTENSIVE MEDICATION SIMILAR IN BOTH EYES?

A monocular trial assumes that the IOP response to a topical hypotensive medication will be similar in both eyes. In a study of 43 glaucoma and ocular hypertensive patients, initiation or addition of an eye drop to their treatment regime resulted in a symmetrical IOP response in both eyes of 5mmHg in the right eye and 4.3mmHg in the left eye.9 However, using the monocular trial to predict the subsequent IOP response of the fellow eye to the same medication has demonstrated mixed results. Chaudhary et al10 found the monocular trial to be a poor predictor in glaucoma patients in a retrospective study. However, a prospective study by King et al11 concluded that the monocular trial was an accurate predictor of the IOP lowering response in the fellow eye with ocular hypertension or glaucoma. These conflicting results may be due to different study designs (eg. retrospective versus prospective) and are compounded by the small sample sizes.

In a monocular trial, it is assumed that the IOP reduction in the treated eye does not affect the untreated fellow eye. However, the crossover effect of IOP lowering medications has long been established in the literature presumably through systemic absorption of the drug. This was first reported in 1977, in which unilaterally instilled beta blockers lowered the IOP in the fellow eye through a systemic route.12 Later, the Ocular Hypertension Treatment Study (OHTS) also showed a crossover effect of topical beta blockers, with the estimated average effect of 1.5mmHg.13 Topical prostaglandin analogues (PGA) are not generally believed to exhibit a crossover effect14 however, a recent small study showed a tendency to reduce IOP in fellow untreated eyes.15

A monocular treatment trial is based upon three assumptions: that the IOP response will be similar in each eye, that there is no crossover effect, and that non-therapeutic effects will result in the same IOP variability in each eye. Recently, evidence has cast some doubts on these assumptions and hence the utility of the monocular trial. Although monocular trials are recommended for treatment initiation in the 2010 NHMRC Guidelines,1 a paradigm shift is reflected in the updated 2016 American Academy of Ophthalmology16 recommendations. These guidelines state that instead of monocular trials, clinicians should aim to establish a reliable baseline with multiple measurements prior to initiating treatment to allow better assessment of the treatment efficacy.

Elizabeth Wong, BOptom (Hons), MOptom, GradCertOcTher, FAAO is a senior staff optometrist at Centre For Eye Health (CFEH) who has worked in a variety of clinical settings including ophthalmology practice. She has a special interest in glaucoma and collaborative care, and was recently admitted as a Fellow of the American Academy of Optometry.

Jessie Huang BOptom (Hons), GradCertOcTher is a senior staff optometrist at Centre For Eye Health. With a strong interest in research, particularly in glaucoma management, she is currently undertaking studies towards a doctorate degree at UNSW. Ms Huang has practiced in rural and metropolitan clinics across Australia and been involved in teaching across clinical and tertiary institutions in Australia and Vietnam