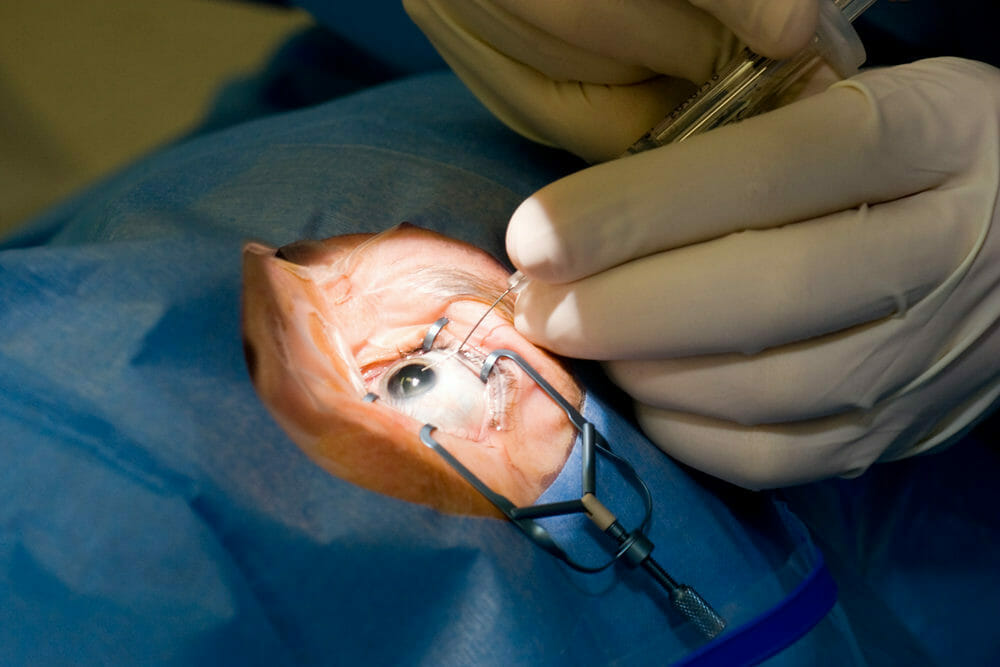 Australian optometrists routinely diagnose cataracts and are often involved in initial conversations with their patients about the risks and benefits of cataract surgery. The discussion is more complicated when the patient has AMD.

Cataracts and AMD are both common causes of vision loss in Australia that increase in prevalence with age and often coexist.1 Cataract surgery is an effective treatment that improves functional vision, yet concerns regarding whether the surgery could alter the course of AMD have been raised. The notion that cataract surgery may accelerate progression to late AMD, by promoting geographic atrophy and choroidal neovascularisation (CNV) for instance, is derived from both early case control studies2,3 and population based epidemiological studies.4,5

Two major epidemiologic studies, the Beaver Dam Eye Study (BDES)5 and the Blue Mountains Eye Study,4 with a pooled population of over 9,000, found those who had cataract surgery before baseline examination had a three to four fold increased risk of developing late AMD over 10 years compared to those who were phakic. More recently, the BDES authors6 published the 20 year results, making it the longest longitudinal investigation to date assessing the association between cataract surgery and AMD. Consistent with their previous reports, cataract surgery was still associated with a nearly two fold increased risk of late AMD, after adjusting for confounding factors such as age, gender, and genetic results. It was therefore recommended that patients who are at increased risk of developing late AMD should delay cataract surgery for as long as their vision remains acceptable.6 This is in contrast to the Age-Related Eye Disease Study which showed little evidence that cataract surgery is associated with progression to late AMD.7

While the epidemiologic studies are powered by large sample size, the strength of their findings is tempered by the fact that they are retrospective in nature and have inherent limitations. Thus, it is important to also review the prospective evidence.

We identified two prospective randomised control trials,8,9 which were presented in a Cochrane review in 2017.10 Both studies compared non-exudative AMD patients who were randomised to either immediate cataract surgery or surgery deferred for six months, and investigated the incidence of exudative AMD at six to12 months follow up. Specifically, Hooper et al8 enrolled patients with signs of large drusen and/ or pigmentary abnormalities in the study eye and signs of late AMD in the fellow eye, and their results suggest that cataract extraction did not increase the risk of exudative AMD in the short term. The same conclusion was reached by the other prospective trial.9 Additionally, functional vision assessments, including visual acuities and Quality of Life questionnaires, were conducted in both studies that supported the benefits of the cataract surgery. The limitations of the studies included small sample size (less than 60 participants in each study) and a relatively short follow up.

Some confounding factors which must be taken into consideration when interpreting conflicting study results included differing study design and methodologies. For instance, earlier epidemiologic studies used retinal photography which has a low sensitivity for diagnosing late stage AMD when cataract is present. As a result, the higher incidence of CNV found after the surgery in some studies may be related to improved detection due to reduced media opacities.

There is no convincing evidence that cataract surgery increases the short term risk of progression to late AMD, even in a cohort of high risk patients. Further prospective studies with larger sample sizes and longer follow up are required to investigate the long term relationship between cataract extraction and AMD.

On the other hand, cataract surgery has been demonstrated to provide clear benefits including better visual function, improved quality of life, and potentially better detection and management of AMD facilitated by the clear media.

When a patient has both AMD and cataract, it is our duty of care to refer to an ophthalmologist for a discussion regarding the benefits and limitations of cataract surgery based on their level of AMD, severity of cataracts, expected lifespan, symptoms, quality of life, and their own personal preference.

Pauline Xu BOptom (Hons), MOptom, GradCertOcTher is a Centre for Eye Health lead clinician (retinal dystrophies). She has experience in a variety of clinical settings including both rural and urban private practice and also spent five years as a research optometrist with the Brien Holden Vision Institute before joining the Centre.

Henrietta Wang, B. Optom (Hons), B Sci is a clinical and research staff optometrist at the Centre for Eye Health, with clinical interests in retinal disease and advanced imaging modalities. Her research interests are in the areas of retinal disease, particularly in retinitis pigmentosa.

Starting from Scratch: The Devil's In the Detail