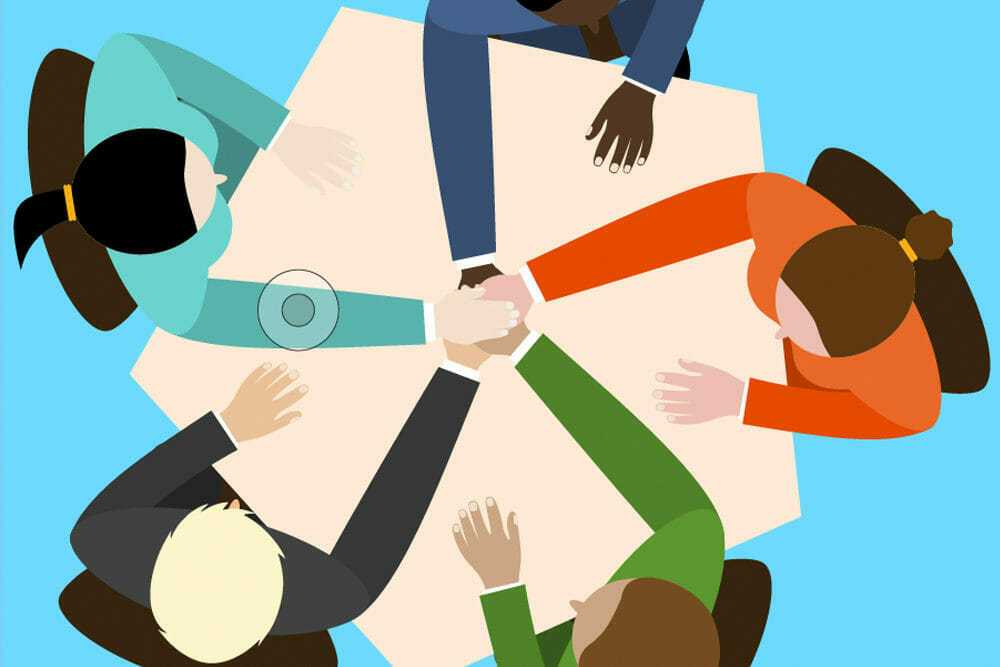 Diversity in the workplace isn’t only about doing the right thing, or giving people a fair go. It’s about building successful businesses that are more able to innovate through creative thinking, deep analysis, and debate.

Take a look around your workplace. What do you see? Chances are, the majority of the employees and management will be very similar to you. You could even find that your customer base looks similar and shares the same values as well.

Yet research shows the most innovative companies are those that are diverse, with staff and customers from different cultures and ethnicities, genders, sexual orientation, education and industry backgrounds.

Research by Scott E Page, Leonid Hurwicz Collegiate Professor of Complex Systems, Political Science, and Economics at the University of Michigan looked at the factors that influence problem solving outcomes.

Although there was no real surprise in his finding that no individual could find the optimal solutions to complex problems, the surprise came when he looked at the way different groups of individuals perform.

Prof Page looked at two different group structures: Team A comprised the best performing individuals, and Team B comprised a mixture of performers.1

Prof Page referred to the key factors associated with problem solving as the individuals’ mental tool box – their knowledge of the world, perspectives through which they viewed the world, and their problem solving tools. He determined that everybody’s mental tool box is absolutely unique and deeply integrated with intelligence and emotional intelligence. Furthermore, a team is the sum of the individuals’ mental toolboxes.1

He concluded that “diverse perspectives improve collective understanding and collective problem solving… diversity trumps ability”. Team B, the diverse group, was able to outperform the more homogenous group (Team A) in problem solving because they were able to bring all of their varied knowledge and perspectives of the world, and their problem solving tools, to the drawing table in an effort to determine the optimum solution.1

Team A, on the other hand, comprised people with overlapping knowledge, perspectives and problem solving tools, which limited their ability to think more laterally.1

it’s possible for someone with adjacent industry knowledge to walk in to an organisation and within weeks, solve a problem that has been worked on for months and even years

Deb Assheton, a high-performance behaviour and skills trainer from Symmetra, believes that organisations that structure their workforce with Prof Page’s findings in mind, will inevitably outperform those that don’t. Ms Assheton, who spoke at RANZCO’s Annual Scientific Congress in 2018, describes human diversity as comprising two categories:

Inherent diversity – which we are born with, such as our gender, skin, cultural origin, religion, sexual orientation etc, and

Acquired diversity – the experiences we have acquired as an adult.

Together, they result in demographic diversity, which shapes whether we are introverted, extroverted, the way we think, behave etc.

“When we talk about achieving demographic diversity in the workplace, we’re talking about achieving a mix of genders, ages, sexual orientation, cultural backgrounds, ethnicity, levels of education, and industry experience – it’s all part of the equation. And the end game is to achieve this diversity, not just because it’s the right thing to do, but because from a business perspective, we will benefit from diversity of thought – this helps organisations to better understand problems, and identify opportunities and threats, from a much broader perspective, and that leads to innovation,” she said.

Symmetra is not proposing that you fill your organisation with diverse people of varying capability – but rather that when recruiting, you want to select the best people from diverse backgrounds. Indeed, as Professor Page writes, “An ideal group would contain high-ability problem solvers who are diverse”.1

“Diversity is at least as important as ability, so when you’re next recruiting, rather than taking on someone whose deep expertise will over-lap with the expertise of other team members, look for someone who knows enough to understand your context and start contributing – someone with adjacent industry knowledge,” advised Ms Assheton.

“You want to expand your mental tool box rather than grow it with the same expertise… Research has shown that it’s possible for someone with adjacent industry knowledge to walk in to an organisation and within weeks, solve a problem that has been worked on for months and even years,” she added.

Of course for diversity to be successful, it is also essential to create an environment that is inclusive of different people, be they employees, managers, suppliers or customers.

“Inclusion is the enabler,” said Ms Assheton. “We need to accept people for who they are and we need to offer them respect and psychological safety.” 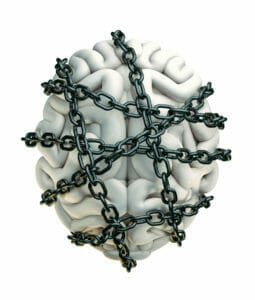 In doing so, people can feel confident to share their opinions, admit to mistakes, and bounce ideas without fearing criticism or penalty.

According to Symmetra’s research across the globe, the single biggest barrier to inclusion is unconscious bias – social assumptions and generalisations about certain people or groups of people that individuals form outside their own conscious awareness.

“Unconscious biases infiltrate all of our business and a lot of our decisions about people. They can often undermine our ability to attract and retain diverse talent and customers,” commented Ms Assheton.

“Regardless of how open minded we are, we all carry unconscious biases, it’s a matter of recognising them and then consciously changing our behaviour accordingly.

“We see a lot more unconscious bias in other people than we see in ourselves,” explains Ms Assheton. “Research shows when we ask the general population and leadership populations, only one in every 661 people will say they are more biased than the average person.

“People with a high bias blind spot – those who resist identifying and owning their biases – suffer when it comes to leveraging diversity of thought. They are more likely to ignore the advice of peers and experts because they think they’ve got it covered. They are less likely to improve their decisions over time and more likely to become more biased over time. Like everything, if your biases are left unchecked, they are likely to grow.”

The problem with bias is that it is often self-perpetuating. Called the “cycle of bias” Ms Assheton explains it like this:

To demonstrate this point, Ms Assheton described a study in Israel which looked at the way the Defence force selected its future leaders. Random ‘performance’ rankings were assigned to candidates without any prior knowledge of their ability and provided to a selection panel prior to them meeting and reviewing the actual performance at a camp. At the conclusion of the camp, the candidates identified as future leaders were those indicated as such in the initial ‘performance’ ranking. The study found that the selection panel’s judgement was clouded by the initial ranking and that candidates labelled as having the highest potential were given more opportunities to demonstrate their strengths than others.2

we all carry unconscious biases, it’s a matter of recognising them and then consciously changing our behaviour accordingly

WHAT ARE YOUR BIASES?

The ten most common biases are:

We find it very difficult to overcome our initial evaluation of a situation or person.

We favour people who are similar to ourselves, who behave in a similar way and hold the same values. We don’t subject them to the same level of scrutiny that we subject others to, who hold different values.

We look for patterns of evidence in data and events, which often leads us to jump to a causal connection that may not be true.

When conflicting situations arise, we make self-serving decisions at the expense of the company’s interests, causing inappropriate attachment to ideas, causes, people or projects.

We look more favourably on ourselves and on our own behaviour than on that of others, making it more difficult for us to see our own faults or properly assess contradictive evidence about a view we have.

We take action less thoughtfully than we should, supressing uncertainty and caution, and we are overly optimistic about the outcome.

We look for evidence that confirms our set of beliefs and judgements, and we often ignore evidence to the contrary.

We fear loss more keenly than we feel gain, which leads to inertia in a period of uncertainty and aversion to risk, even when the odds are really favourable.

We poorly appraise the alternatives because we prefer harmony over conflict, and we are over willing to achieve consensus, even at the expense of good business.

We make our decisions based on more recent or more easily accessible information, regardless of its likelihood of accuracy.

Symmetra has identified, in their work with thousands of leaders, that most people will have a primary and a secondary bias, which will be activated in different situations, and especially when under stress.

The problem is that the moment we accept, or filter in, our biases about gender, age, culture, sexual orientation etc, we unconsciously filter people out of our decision making equation.

In the workplace this can mean that the best person for the job is overlooked and it can lead to systemic or second generation bias, which can infiltrate policy and process, and unconsciously lock people out of the industry all together.

“We all have biases and so there should be no shame in that. However, we need to overcome them and to do that, we need to recognise them and own them. If we don’t own them, they rule. But once we do own them, they come out of the shadows and then they begin to lose their power,” said Ms Assheton.

Because biases are part of our unconscious thinking, overcoming them is hard work, requiring concentration and time. But it is possible. In the meantime, consciously creating diverse workplaces will help break the cycle.

Symmetra advocates that the best way to counteract bias is to do it collectively – to invite employees to be honest about their biases. Then build teams of people with different biases so they can name and call their biases for each other when they emerge, and counteract them too. In doing so, businesses will capitalise on the value of diversity in the team.

Within a diverse workplace, your people and your customers will enjoy new experiences that inspire behavioural change and lead to a culture of innovation.