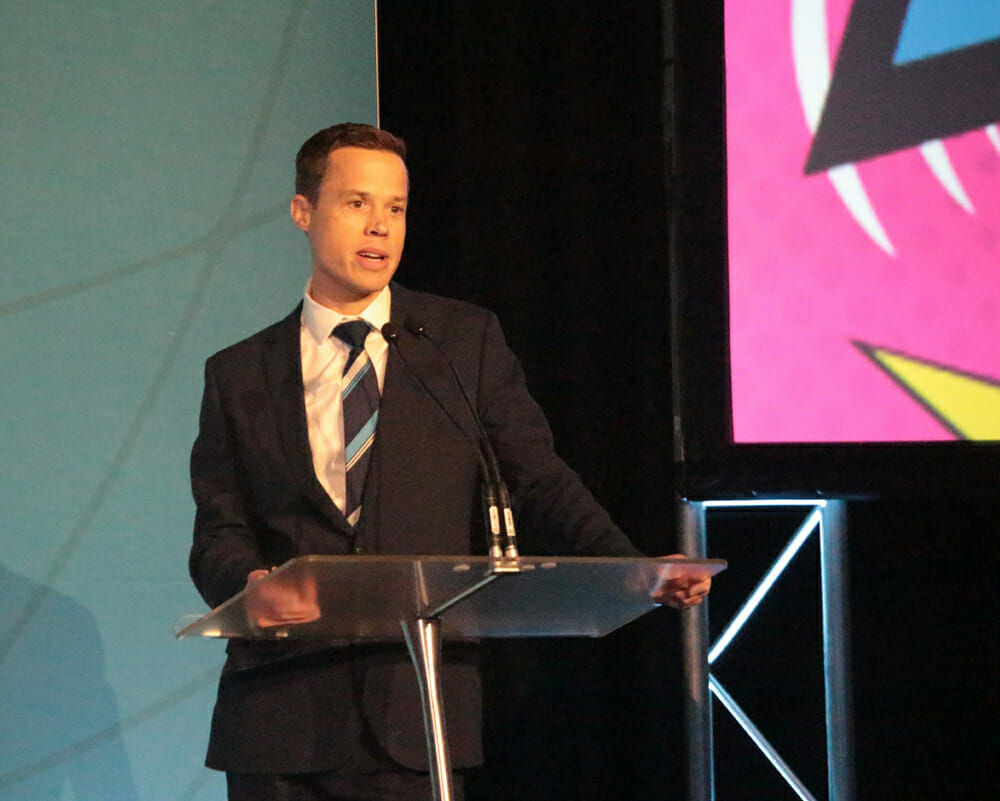 In a world-first, Australian researchers have discovered that a quick, non-invasive eye scan can accurately identify changes in the retina that could be used to diagnose Alzheimer’s disease. The early identification of Alzheimer’s Disease may lead to a new diagnostic test and allow clinical trials of potential treatments to limit disease progression.

The research, published in Nature Communications shows that the eye test can accurately identify people with high levels of amyloid beta, a protein that accumulates in the brain and retina in people with Alzheimer’s disease up to 20 years before the onset of symptoms.

Associate Professor van Wijngaarden said the findings could pave the way to a new diagnostic test for Alzheimer’s disease and may allow earlier detection of people at risk.

the eye test can accurately identify people with high levels of amyloid beta, a protein that accumulates in the brain and retina in people with Alzheimer’s disease

Current tests for the disease include spinal fluid tests (lumbar puncture) or brain PET scans, that require the injection of a radioactive tracer.

“The existing tests are invasive, expensive and not easily accessible. They are generally reserved for people in clinical trials or those with atypical forms of the disease,” said Associate Professor van Wijngaarden.

“As a result, many people with memory problems and other symptoms of dementia miss out on diagnostic tests. This can be distressing for patients and their families. It can also mean that potentially treatable causes of memory impairment that mimic Alzheimer’s disease may be missed.”

Dr Hadoux said the eye scan uses hyperspectral imaging, a specialised form of technology often used in satellites to scan the earth looking for mineral deposits, to shine a rainbow-colored light into the eye.

“This technology has enabled us to see the retina in new way,” he said.

Volunteers from the Australian Imaging, Biomarker and Lifestyle (AIBL) Study of Ageing and the Royal Melbourne Hospital Neuropsychiatry Unit participated in the study. A second group of participants underwent brain and eye imaging in Montreal, Canada.

The researchers are now validating the technology in a larger study. In a collaboration with investigators from the Healthy Brain Project at the Florey Institute of Neuroscience and Mental Health, the team aims to see whether the eye scans can detect the earliest signs of the disease, years before the onset of memory impairment.

“If effective treatments are to be developed, they will need to target Alzheimer’s disease early, well before extensive brain damage has occurred,” said Associate Professor van Wijngaarden.

“The development of a simple test to identify people at risk of Alzheimer’s disease could be tremendously important as it would enable trials of new early stage treatments to prevent or slow the disease.’’

Associate Professor van Wijngaarden said the research is a testament to the highly collaborative research community in Melbourne. The team expressed their gratitude to the volunteers who participated in the study and the generosity of Australian and international philanthropists.