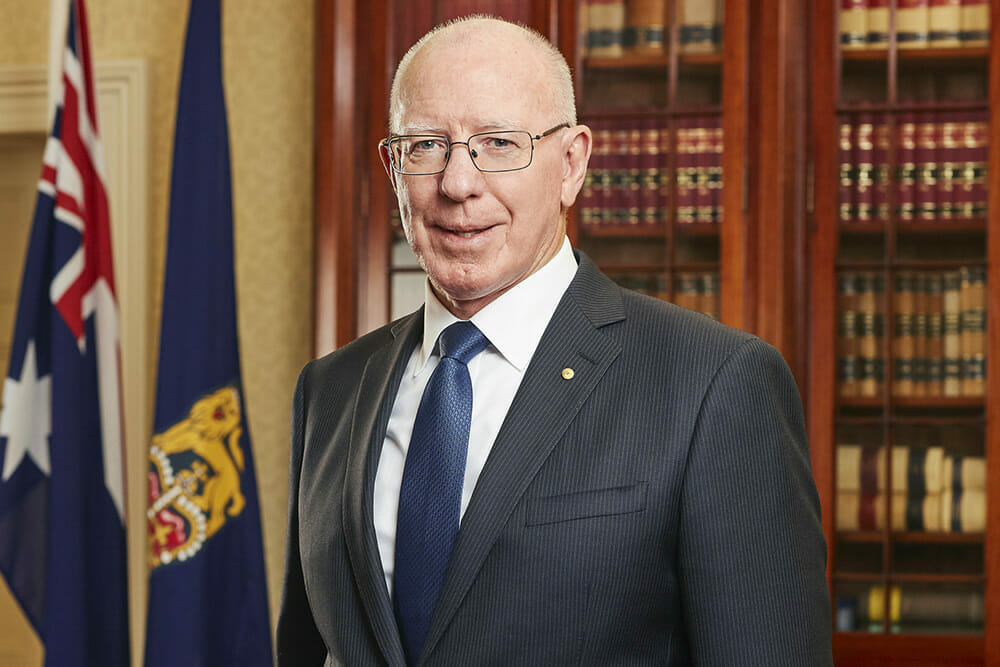 The Governor-General, His Excellency General the Honourable David Hurley AC DSC (Retd) will serve as Patron of Glaucoma Australia, promoting the organisation, its mission to eliminate glaucoma blindness, and the patient centred services it provides.

“I am delighted to become Patron of Glaucoma Australia,” said the Governor-General.

“Since being founded in 1988, Glaucoma Australia has increased community awareness of glaucoma, supported patients and their families and funded critical research. This is an important mission and their impact has been significant.

“The hard work of those involved, their supporters and the researchers they fund and collaborate with has directly helped hundreds of thousands of Australians. I look forward to being involved and working with them as Patron.”

The World Health Organisation data suggests that glaucoma is the second leading cause of blindness in the world. There are currently 300,000 Australians with glaucoma. However alarmingly, half of them are unaware they have the disease and are therefore losing sight without their knowledge.

Glaucoma Australia collaboratively partners with a range of health professionals including ophthalmologists, optometrists, pharmacists and orthoptists with the aim of saving sight. Glaucoma Australia works to achieve this by raising community risk awareness, detecting and treating glaucoma early and providing education and support aimed at increasing adherence to prescribed treatment regimens.

Associate Professor Simon Skalicky, President of Glaucoma Australia, says, “This is an exciting time for Glaucoma Australia. As we have moved digitally, we are connecting with more glaucoma patients and their families, as well as health professionals. Digitally integrating the support services of Glaucoma Australia through online referral pathways ensures greater support is provided to people with glaucoma at every step along the journey, in metropolitan, rural and regional Australia. Ideally we aim to integrate our service better with health care providers to enhance the likelihood that patients access our resources and community support, which in turn motivates long-term adherence to medication and monitoring for glaucoma.”

At a time when multiple worthy causes are vying for His Excellency’s invaluable patronage, we sincerely thank the Governor-General for becoming Patron of Glaucoma Australia

“The sense of sight is generally considered the most valued sense of all,” says A/Prof Simon Skalicky. “His Excellency’s patronage will greatly assist Glaucoma Australia by extending our reach and capacity to eliminate glaucoma-related blindness among Australians.”

About the Governor General

His Excellency General the Honourable David John Hurley AC DSC (Retd) was sworn in as the Governor-General of the Commonwealth of Australia on 1 July 2019.

David Hurley joined the Australian Army in January 1972, graduating from the Royal Military College, Duntroon into the Royal Australian Infantry Corps. In a long and distinguished 42-year military career, his service culminated with his appointment as Chief of the Defence Force.

He commanded the 1st Battalion, The Royal Australian Regiment during Operation SOLACE in Somalia in 1993, receiving the Distinguished Service Cross. Following promotion to Colonel, he was appointed Chief of Staff, Headquarters 1st Division in June 1994, attending the U.S. Army War College in 1996 and 1997. He commanded the 1st Brigade from 1999-2000 in Darwin, supporting Australian-led operations in East Timor. He was appointed the inaugural Chief of Capability Development Group from 2003-07, Chief of Joint Operations Command in October 2007, and Vice Chief of the Defence Force in July 2008. Promoted to General, he succeeded Air Chief Marshal Angus Houston as Chief of the Defence Force on 4 July 2011 until his retirement on 30 June 2014. In 2010, he was appointed a Companion of the Order of Australia for eminent service to the Australian Defence Force.

Prior to being sworn in as Governor-General, David Hurley served as the 38th Governor of New South Wales from October 2014 – May 2019.

David Hurley was born in Wollongong, New South Wales on 26 August 1953, the son of Norma and James Hurley. His father was an Illawarra steelworker and his mother worked in a grocery store. He grew up in Port Kembla and attended Port Kembla High School where he completed his Higher School Certificate in 1971. He graduated with a Bachelor of Arts and Graduate Diploma in Defence Studies from the Royal Military College, Duntroon in 1975. He is married to Linda with whom he has three children: Caitlin, Marcus and Amelia.