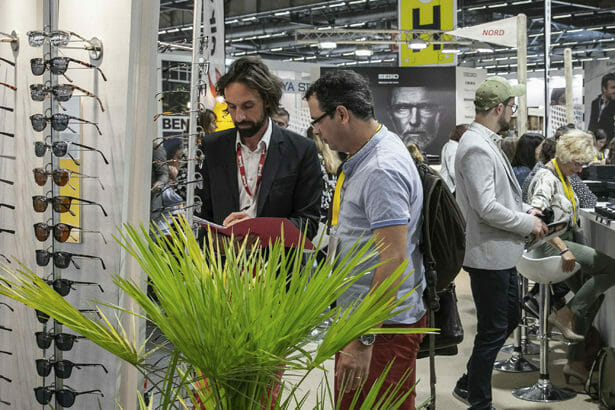 Silmo will not take place in Sydney in 2020 but it may return to Australia at some point in the future, according to Silmo director Eric Lenoir. The 2019 edition of Silmo Sydney, organised in Australia by Expertise Events, was postponed until 2020. However the 2020 booking at the International Exhibition Centre in Sydney has been cancelled and there are currently no further scheduled Silmo events for the city.

In an exclusive interview with mivision at Silmo in Paris, Mr Lenoir said if the event were to return, it would be much smaller than the first two Sydney Silmo editions in 2017 and 2018, and would be focussed on eyewear, in particular designer eyewear.

Mr Lenoir said there were two reasons why Silmo was not successful in Sydney. Firstly, the name Silmo had brought with it unrealistic expectations based on people’s experience at the Paris show. “I remember I was at the entrance of the show (in Sydney) and I heard the comment, ‘Oh, it’s not like Paris’ – (but) of course it’s not like Paris which took 50 years to build.”

Another compounding issue was the strength of the Optical Distributors and Manufacturers’ Association (ODMA) Fair, which has a strong following of member exhibitors and eye health practitioners.

NO INTENTION TO COMPETE

Mr Lenoir said Silmo did not set out to compete with ODMA, but rather, it was responding to requests from several French eyewear companies.

“A few French eyewear designers said to us, ‘We want to go to Australia but ODMA does not want to welcome us’.” Additionally, at the time of the Silmo Sydney launch, “there were little dissensions” which Mr Lenoir said, made the future of the ODMA Fair appear uncertain.

As an organisation established to support French eyewear designers “it seemed natural for me to go to Australia and when Gary (Fitz- Roy, CEO of Expertise Events) asked for the license, we agreed.”

While Mr Lenoir said Silmo in Australia is not currently a target for his organisation, his team is working on how a presence could be re-established.

Another option would be to have a Silmo group of 30–40 French eyewear companies exhibiting within O=Mega. Mr Lenoir said this concept had been unsuccessfully proposed in previous years, but had been successfully facilitated in China and India.

During Silmo, Mr Lenoir met with ODMA chair Robert Sparkes to gain his feedback on O=Mega19 and discuss the likelihood of a Silmo return.

“I think he wanted to know what our plans were, so I frankly told him (that) nothing was decided yet and (if we were to return) either it would work with respect or we’ll stop,” said Mr Lenoir. “Silmo is absolutely and definitely not going to be aggressive because first, Silmo belongs to the French Eyewear Manufacturers Association so it’s not a pure show organiser – it is there to help the industry. If we feel there could be a risk of bringing trouble, we’ll stop.”

Mr Lenoir said he had no regrets in bringing Silmo to Sydney. “We needed to do that to learn. For me it was an opportunity to meet new people, new media and to travel to Australia of course.” He added that Silmo’s presence had been positive for Australia’s optical industry because it had encouraged ODMA to improve its exhibition offering.

mivision contacted Robert Sparkes, who confirmed that while there are no plans at this stage to bring Silmo Sydney back, it is not off the cards.

“O-Show is ODMA’s ‘pop up boutique showcase event’ tailored to our members’ need to present new products in the off year to O=Mega. At this stage there are no plans to incorporate Silmo in either of our product offerings, however that’s not to say we won’t reassess that option in the future should there be a fit for it.