Connect with:
HomemieyecareIs the Eye a Window To the Soul or the Brain?
mieyecare
author: Dr Barbara Zangerl

Is the Eye a Window To the Soul or the Brain? 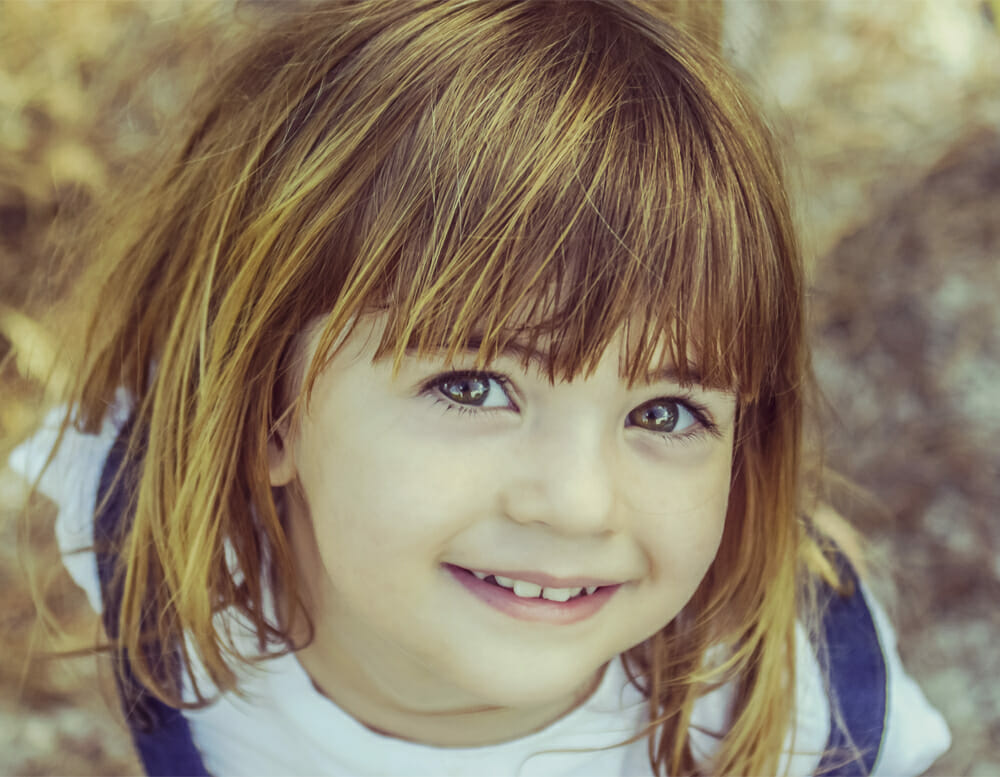 The visual system is arguably not only one of the main human senses, but likely also the most complex sensory organ. The process of capturing, processing, and interpreting graphical information around us requires intricately fine-tuned neurological stimulation and conduction, from the eye to the visual cortex and beyond.

While the anatomical structures underlying visual function have been identified for centuries, modern knowledge of visual impairment secondary to brain injuries has largely increased with the systematic investigation of war related head injuries. Subsequently, the rapid development of imaging technologies over the past two decades has opened a window to examine the structural consequences of such damage in more detail.

Based on the unique anatomy of the visual system, injury along this path therefore leads to unique patterns of visual field deficits 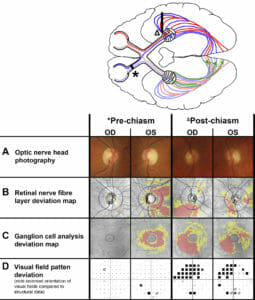 Optical coherence tomography (OCT) is rapidly becoming a standard of care in most modern eye clinics. The ability to visualise retinal layers, with an average resolution of 10-15μm and for some instruments even less, has become invaluable in supporting the diagnosis of retinal disease, most notably glaucoma, optic nerve disease, macular changes including age related macular degeneration and various retinopathies.

OCT imaging and diagnosis often focus on retinal ganglion cells (RGC) and the associated retinal nerve fibre layer (RNFL). RGCs are a diverse group of cells with an average diameter of 10-13μm, although some are reaching close to 30μm.1 RGC axons comprise the RNFL and extend through the optic nerve, the optic chiasm, and the optic tract to the lateral geniculate nucleus located in the thalamus.

The understanding and documentation of retrograde degeneration can therefore aid in the diagnosis, differential diagnosis, and management of the underlying problem. Disease processes contributing to retrograde degeneration can be based on infection/inflammation (e.g. optic neuritis or meningitis), trauma (e.g. blunt force trauma from head strike or car accidents), cerebrovascular accidents, aneurysms, tumours, or general neurodegenerative autoimmune disorders such as multiple sclerosis.

Optic neuritis and optic neuromyelitis secondary to infection/inflammation or Devic’s disease develop almost exclusively anterior to the optic chiasm, leading to unilateral central visual field defects, with corresponding RGC loss and arcuate RNFL defect (Figure, left panel). In lieu of other tell-tale signs or symptoms, these are likely the most difficult to differentiate from glaucoma.

Changes associated with pre-chiasmal retrograde degeneration are generally characterised by similar changes with RGC analysis in both eyes, which often obeys the horizontal midline. While RGC loss is consistent with observed visual field deficits, RNFL analysis is often discordant, but the RNFL changes themselves exhibit some symmetry between the two eyes.4

Although the diagnosis and treatment of retrograde degenerations remains a challenge in clinical practice, highlighted changes allow the everyday practitioner to gain a glimpse into potentially complex and hidden disease processes

LESIONS AT THE OPTIC CHIASM

If the optic chiasm is affected, patients typically experience bilateral temporal vision deficit. The compromised axons trace through the temporal RNFL and respective RGCs in both eyes. Injury to the optic chiasm often occurs through pressure from surrounding structures, such as pituitary gland tumours or aneurysms related to the circle of Willis.

Several events can affect the post-chiasmal visual pathway, including cerebrovascular accidents, trauma, tumours, or viral infections. However, at times injury occurs as the consequence of surgery or treatment rather than the original defect. While the exact extent and location of the resulting vision deficit depends on the exact site of the primary damage, it will always affect the nasal aspect of the eye ipsilateral (on the same side) to the primary damage and the temporal aspect of the eye contralateral.

Post-chiasmal changes frequently result in changes that appear unequal between eyes in the RGC analysis but obey the vertical midline. RGC and visual field defects are largely consistent with observed RNFL loss. The RNFL loss itself often appears unilateral or asymmetrical between eyes (Figure, right panel).4

Although the diagnosis and treatment of retrograde degenerations remains a challenge in clinical practice, highlighted changes allow the everyday practitioner to gain a glimpse into potentially complex and hidden disease processes. OCT imaging can, as such, provide auxiliary evidence and guide appropriate diagnostic procedures. With ever improving image quality, utility of OCT imaging in the diagnosis of neurodegenerative processes will continue to increase.

Dr Barbara Zangerl PhD, DVM, MN, RN is a researcher at the Centre for Eye Health where her research interests largely revolve around chronic, progressive visual disorders and the link between structure and function in eye disease.