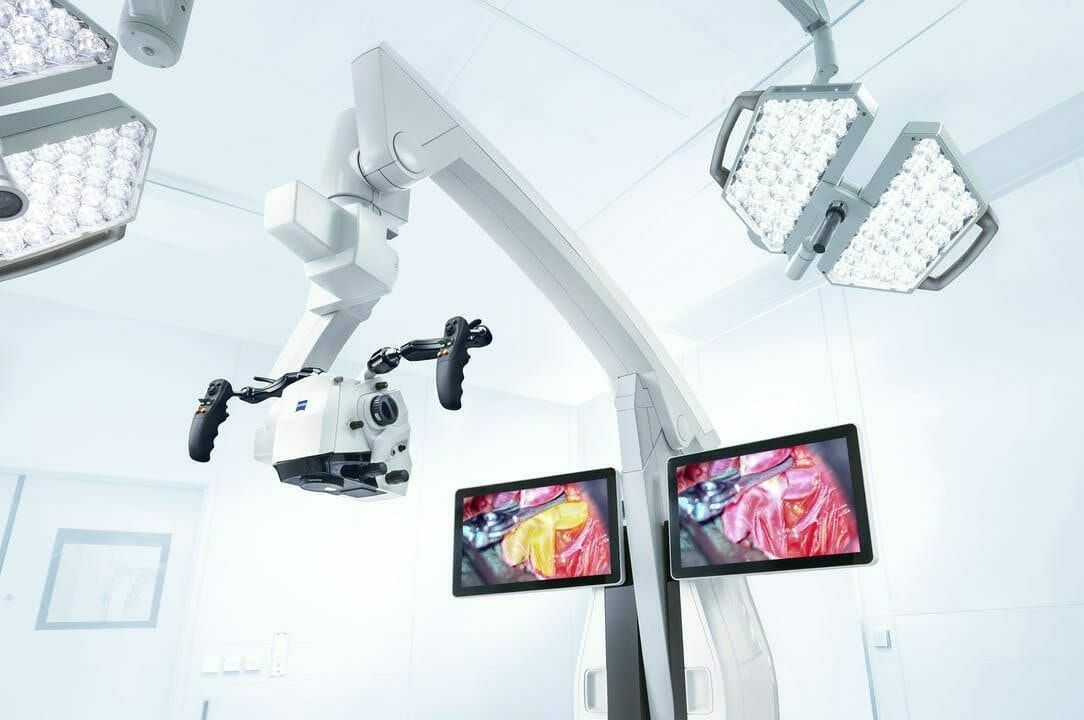 The Robotic Visualisation System Kinevo 900 from Zeiss improves the efficiency and effectiveness of surgical procedures.

Two teams from Zeiss have been nominated for the prestigious Deutscher Zukunftspreis – the German President’s Award for Innovation in Science and Technology.

This is the first time that two teams from one company have been nominated for the award that has been presented annually since 1997. One of the highest accolades for scientific achievement in Germany, the award honours exceptional achievements in technology, engineering and the life sciences that have resulted in viable products.

One of the highest accolades for scientific achievement in Germany, the award honours exceptional achievements in technology, engineering and the life sciences

Both nominated developments are closely linked to people’s everyday lives and represent a kind of digitalisation that promotes economic and social progress in equal measure.

The Zeiss Kinevo 900 robotic visualisation system has been developed to enhance the efficiency and efficacy of spinal and neurosurgery. Comprising more than 100 innovations and 180 patents, the system marries robotics, digital visualisation and modern assistance solutions. The development team worked with global clinical partners to define and develop the three in one system that unifies microscope, exoscope and endoscope components.

EUV Lithography is a technology that can be used to produce much more high-performance, energy-efficient and cost-effective microchips than ever before. This innovation will be increasingly important as effective digitalisation requires computing power to continue rapidly increasing: today’s smartphones are a million times more powerful than the computer that was taken along on the first moon landing back in 1969. This has been made possible by a microchip that is smaller than a fingertip but has capacity to accommodate more than ten billion transistors.

Dr Ulrich Simon, Head of Corporate Research and Technology at Zeiss said the company is delighted to have received two nominations for the Deutscher Zukunftspreis.

“It is a nod to the high innovative power that Zeiss stands for, and it reflects the enthusiasm for development and the courage for innovative thinking that permeates and unifies the segments of the Zeiss Group. Scientific breakthroughs are particularly successful when companies and top researchers collaborate in a networked way. Here at Zeiss, the link between science and industry has grown throughout its history and it is firmly anchored in the company’s structure.”

The award winner will be presented in Berlin on 25 November 2020 by German President Frank-Walter Steinmeier.

ProVision Dives in to Ophthalmic Optics