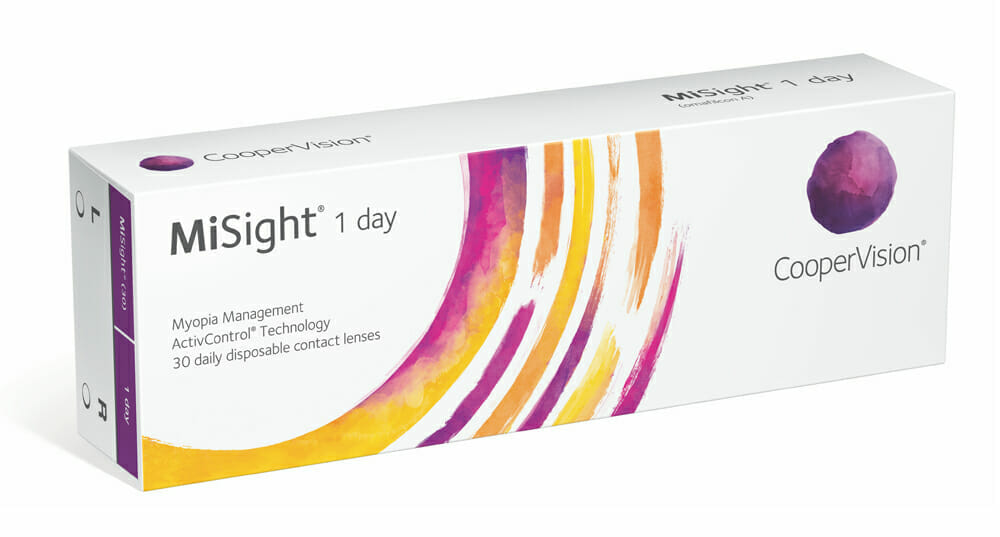 CooperVision’s MiSight 1 day contact lens has been described as one of the year’s “greatest feats of human ingenuity” and awarded a 2020 Popular Science ‘Best of What’s New Award’ in the health category. This daily wear, single use contact lens is the first and only FDA-approved* product to slow the progression of myopia (short-sightedness).

The Popular Science, ‘Best of What’s New Awards’ recognise up to 100 of the most innovative technologies from the past year across 10 categories, such as health, home, aerospace and security. Each product or technology must represent a significant step forward in its category. Past award winners have included the first portable defibrillator (1997), NASA’s New Horizons Voyage to Pluto (2015), the first FDA-approved gene therapy (2017) and 5G cellular (2019).

MiSight 1 day is the only FDA approved treatment that can help reduce the severity of myopia progression and we are delighted that Popular Science has recognised the impact of this technology,” said Joe Tanner, Professional Services Manager, ANZ.

This recognition comes as new data emerges from CooperVision’s landmark clinical study revealing that nearly one in four children’s eyes originally fitted with MiSight 1 day remain stable in their myopia level after six years. The study previously established the lens to be effective in slowing myopia progression in children by an average of 59% over a three-year period, as measured by spherical refraction.†1

“The Best of What’s New Awards showcase the year’s greatest feats of human ingenuity,” says Popular Science Editor-in-Chief Corinne Iozzio. “Even in a year like 2020, innovation has helped us glimpse a future that’s safer, smarter, and more enjoyable than we might have thought possible.”

The widespread reach and prominence of the Popular Science ‘Best of What’s New Awards’ will likely drive even more parents to seek information about myopia management from optometrists.

* USA Indications for use: MiSight 1 day (omafilcon A) soft (hydrophilic) contact lenses for daily wear are indicated for the correction of myopic ametropia and for slowing the progression of myopia in children with non-diseased eyes, who at the initiation of treatment are eight to 12 years of age and have a refraction of -0.75 to -4.00 dioptres (spherical equivalent) with ≤ 0.75 dioptres of astigmatism. The lens is to be discarded after each removal.

† Compared to a single vision 1 day lens over a 3 year period.