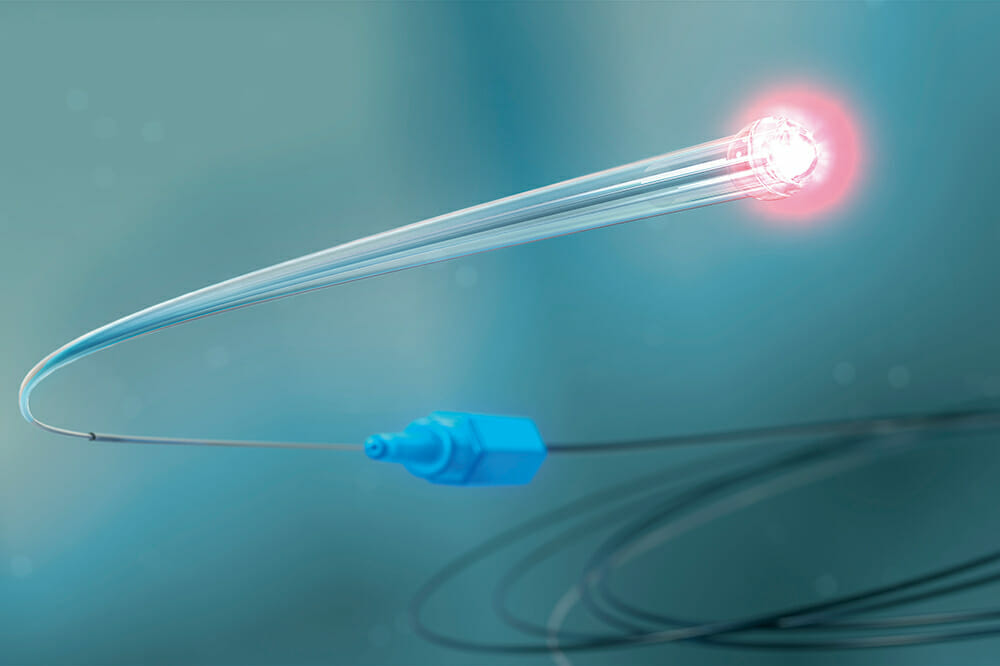 Peer reviewed and published in Clinical Ophthalmology, the retrospective case series by Dr Mark J. Gallardo, from El Paso Eye Surgeons, in the United States of America, assessed the efficacy and safety outcomes of the iTrack ab-interno canaloplasty procedure in a cohort of 60 POAG eyes (53 patients) over a 24-month period.1 The case series compared the efficacy outcomes of iTrack performed as a standalone procedure (iTrack-alone) versus iTrack in combination with cataract surgery (iTrack+phaco). It also assessed the ability of iTrack to reduce both intraocular pressure (IOP) and medication burden in cases of mild-to-moderate and severe glaucoma.

Dr Gallardo is a highly regarded glaucoma and MIGS expert and was one of the original pioneers of the ab-interno canaloplasty procedure. He is widely published in the peer-reviewed medical literature and is the principal investigator for multiple ongoing clinical trials in the fields of cataract and glaucoma surgery, including the MAGIC multi-centre randomised clinical trial (NCT04769453), which will assess a number of factors that impact clinical outcomes of the ab-interno canaloplasty procedure. The MAGIC Trial will include a comparison of the Company’s proprietary iTrack canaloplasty microcatheter with the OMNI Surgical System (Sight Sciences).

Joe Bankovich, President of Nova Eye Medical reported that, “In the case series, iTrack achieved an average reduction in mean IOP of 30%, irrespective of whether ab-interno canaloplasty was performed as a standalone procedure or in combination with cataract surgery. Further, this result was noted across all grades of glaucoma severity, speaking to the significant utility of iTrack in clinical practice,”

iTrack Effective as a Standalone Procedure

According to Dr Gallardo, iTrack ab-interno canaloplasty is a key player in this MIGS treatment armamentarium.

“When iTrack is an available treatment option, it is usually one of my first choices because it rejuvenates the natural outflow system while sparing both the angle and the tissue from permanent adulteration. There is little damage to ocular tissue and no implant, so it is one of the most minimally invasive of all MIGS procedures and rarely causes postoperative complications,” he said.

iTrack Effective Across All Grades of Glaucoma Severity

The 24-month case series also assessed the efficacy outcomes of iTrack in mild-to-moderate glaucoma as compared to severe glaucoma. Of the 60 eyes included, glaucoma severity was categorised as mild (38%), moderate (17%) and severe (38%).

iTrack achieved similar reductions in mean IOP at the 24-month mark for cases of mild-to-moderate and severe glaucoma at 33% and 34%, respectively (Table 2).

While MIGS procedures were first introduced to the fill the treatment gap in the surgical management of mild-to-moderate glaucoma, according to Dr Gallardo the ability to also deploy iTrack ab-interno canaloplasty in cases of severe glaucoma offers potential to defer or eliminate the need for invasive surgical options.

“Given its benign nature, the iTrack canaloplasty microcatheter can be used earlier in the disease process to reduce IOP and alleviate the burden of compliance and side effects associated with medications. It can also be used in patients with more advanced disease who have previously undergone non-ablative MIGS procedures like trabecular micro-bypass, should they suffer from an elevated IOP or an unwanted dosage of topical glaucoma medications,” he said.

Mr Bankovich commended Dr Gallardo on publication of the 24-month data, describing him as “an advocate for the tissue-sparing, implant-free mechanism of iTrack since the very beginning”.

The paper, 24-Month Efficacy of Viscodilation of Schlemm’s Canal and the Distal Outflow System with iTrack Ab-Interno Canaloplasty for the Treatment of Primary Open-Angle Glaucoma, can be accessed via the Dove Press website here.