AMD: The Gift of Fruit and Veggies 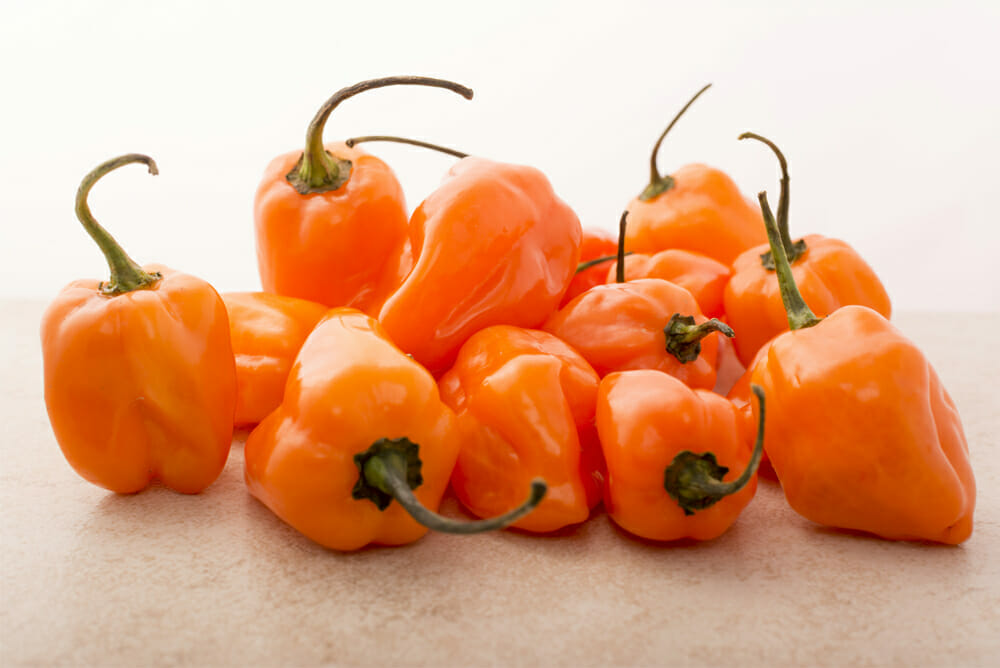 We’ve long known that leafy greens are particularly beneficial to patients at risk of, or living with, macular degeneration. New research out of the University of Queensland has found that sweetcorn and orange capsicum can also work wonders.

It was surprising to me, as a plant physiologist, to discover that humans and other primates accumulate two pigments in our macula that are synthesised predominantly in plants. Those ‘macular’ pigments are called zeaxanthin and lutein, and are orange- and yellow-coloured, respectively. Furthermore, they are deposited in our macula, where they are thought to protect our photoreceptors from blue-light induced oxidative damage. In fact, they are accumulated to such a concentration, that where they are deposited is known as the macula lutea, which translates to ‘yellow spot’.

orange capsicum… has, by far and above, more zeaxanthin than any other fruit or vegetable you will find in the marketplace

Studies have found that AMD is commonly associated with a low concentration of these pigments in the macula, and that consuming food that is high in zeaxanthin and lutein will increase macular pigment optical density (MPOD). Humans can’t manufacture lutein or zeaxanthin, so they have to be obtained through what we eat, or through an artificial supplement.

AN INTERCEPT FOR BLUE LIGHT?

The most common foods containing macular pigments are dark green leafy vegetables for lutein, and sweetcorn or orange capsicums for zeaxanthin. Foods containing lutein seem to be much more common in our diet than those containing zeaxanthin.

Having a mix of both lutein and zeaxanthin may be important, since each pigment is deposited in a slightly different location within the macula. While lutein is more abundant in the macula periphery, zeaxanthin is actually most abundant in the central macula, where our photoreceptors are at their highest concentration. The reason for this is not clearly known, but it may have to do with the angle at which the molecule sits in the cell membranes to intercept blue light before it damages the photoreceptors.

Lutein is a yellow pigment, while zeaxanthin is orange in colour. Together, they absorb a range of potentially damaging blue light frequencies. Since they absorb blue light from the visible light spectrum, they appear as ‘complementary’ yellow and orange colours to us when we view them.

With this in mind you’d be forgiven for thinking that any yellow or orange fruit or vegetable contains lutein and zeaxanthin. However, it is not so simple. This is partly because some pigments mask the yellow colour of lutein, and some non-macular orange pigments are a similar colour to zeaxanthin.

The reason, for example, that dark green, leafy vegetables are recommended as a good source of lutein, is because lutein helps protect the green chlorophyll, present in the plant’s leaves, from excess light damage. Consequently, any green-coloured vegetables or fruit is also likely to contain high amounts of lutein, even though they appear green in colour.

Unfortunately, the same cannot be said for zeaxanthin which is relatively rare in our diet. One of the few vegetables containing a significant amount of this macular pigment is yellow sweetcorn.

As part of a plant breeding biofortification program, we decided to try and increase the level of zeaxanthin in sweetcorn, so that consumers could get more of this macular pigment without having to eat more. In the end, we bred a new sweetcorn that had 10 times the amount of zeaxanthin found in normal yellow sweetcorn.

As you might expect, increasing the level of an orange pigment, such as zeaxanthin, also changed the colour of the sweetcorn. The resulting colour was more of a golden colour than an orange colour, and so we called it ‘Supergold’. We were very cautious to avoid changing the colour too drastically, and most consumers we tested were quite happy with the resulting colour, even more so once they found out it was high in zeaxanthin with potential benefits for AMD. This product is currently being commercialised, and should reach supermarket shelves within a few years.

Increasing consumption of vegetables high in lutein and zeaxanthin is one way to increase macular pigment density, but encouraging their uptake into your body during digestion is also of benefit. As both lutein and zeaxanthin are oil- or fatsoluble pigments, consumption of these vegetables in combination with an oilbased salad dressing, or a dob of butter/ margarine on sweetcorn, should assist in improving uptake.

It’s important to know that just because a fruit or vegetable is orange in colour, it may not necessarily contain zeaxanthin. Another orange compound called betacarotene is abundant in many vegetables, such as carrots, pumpkin, and orange sweet potatoes. Beta-carotene is important in its own right, being converted into Vitamin A (retinol), which is important for night blindness. The downside however, is that beta-carotene may compete with the uptake of lutein and zeaxanthin during digestion, as they are both transported in the body on the same transporter ‘carrier-protein’.

Associate Professor Tim O’Hare is a Principal Research Fellow at the Centre for Nutrition and Food Sciences, Queensland Alliance for Agriculture and Food Innovation at The University of Queensland. Fruit and vegetable research was in part funded by the ‘Naturally Nutritious’ project (HN15001).

Swanning About with Lanvin