Pete Haydon, CEO of Optometry Victoria /South Australia (OV/SA) for seven years, has been appointed as CEO of the Australian College of Optometry.

With a progressive, collaborative approach, Mr Haydon made a significant contribution to the Association during his time as CEO.

Elise Pocknee-Clem, OV/SA President said, “Pete’s time with us has been highly productive. In his early years, he worked to expand member services including CPD programming, evolve our work with early career practitioners, diversify revenue sources and stabilise the operations of the business. 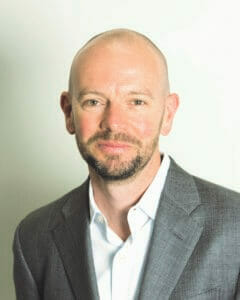 “Once this had been achieved, Pete commenced work on legacy projects including the amalgamation of the Victorian and South Australian divisions of the Association, the joint venture with ODMA that created the O=MEGA product, and he spearheaded the successful bid for the World Congress of Optometry to come to Australia,” she added.

“More recently, Pete has helped guide the membership through the pandemic with clear and ethical leadership. He leaves behind an Association that is stronger as a result of his contributions. Now we look forward to new leadership and new opportunities. We thank Pete for his time with us as CEO and wish him all the best with the next chapter of his career.”

ACO President Rodney Hodge said The ACO Council had been through a lengthy and rigorous process to select Mr Haydon as its next CEO. 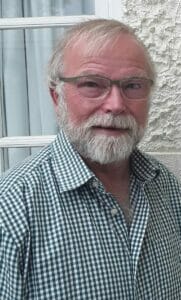 “Pete is an experienced leader with a great understanding of optometry through his role with Optometry Victoria South Australia. He strongly aligns with the ethics and values of the ACO. We believe that in concert with the Council and the staff he will, through his leadership, contribute greatly to the future direction of ACO.”

“I am honoured to have been invited to come and work for the ACO, and I’m eager to get started’, said Mr Haydon.

“I genuinely believe in the work the ACO does and there is a strong fit with my own personal philosophy and professional goals. My belief in humanitarian principles is lifelong and to be part of an organisation that is founded on such principles – and embodies them – will be a privilege.”

Mr Haydon steps into the shoes of Maureen O’Keefe, who was CEO of the ACO for eight years. Mr Hodge acknowledged her contributions saying, “During this time Maureen led significant change at the ACO, including the opening of the ACO’s first eye care clinic outside of Victoria. The ACO Council wishes Maureen all the best in the next phase of her career.”

Mr Haydon will finish work with OV/SA in mid-November 2021 and commence as CEO of ACO on 22 November. Professor Michael Ibbotson will continue as interim CEO until then.

Plans in Place for 2021 Optics Fair in China