Ninety-six Australian families are affected by the genetic mutations that cause the rare genetic eye disease known as Leber Hereditary Optic Neuropathy (LHON), according to a study that presents the world’s most up-to-date statistics of the disease. 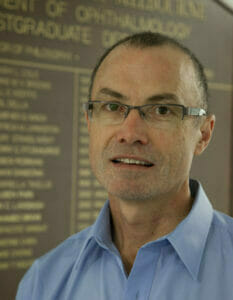 These people are at risk of going blind from the disease and, while scientists are yet to determine why some will lose their vision and others won’t, they have discovered  that the risk of losing vision from LHON may be less than previously reported.

The research, led by Professor David Mackey AO from the Lions Eye Institute and University of Western Australia and Dr Isabel Lopez-Sanchez from the Centre for Eye Research Australia (CERA) and University of Melbourne, is expected to help families affected by LHON make better informed family planning decisions.

Additionally, it will aid studies researching why some people are at higher risk of vision loss from the disease and help identify patients suitable for future clinical trials into potential cures.

LHON, is a genetic eye disease that affects the optic nerve. The risk for LHON is automatically passed down from a mother to all her children, however, it carries an uncertain diagnosis because even though family members may have the same genetic mutation, their vision will not be impacted in the same way – it may or may not cause vision loss in a person’s lifetime. 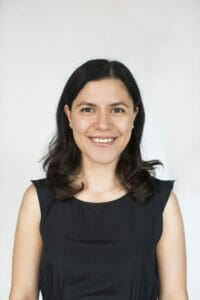 Dr Isabel Lopez-Sanchez from the Centre for Eye Research Australia and University of Melbourne.

Very few people with a LHON mutation will experience vision loss and if it does occur, it usually strikes in young adulthood. Some may experience sudden and permanent vision loss – with blindness sometimes occurring in a matter of weeks. The vision loss usually only affects the central part of the eye, with peripheral vision maintained.

“People affected by LHON never go completely blind, and a small percentage may recover some vision, but the vast majority will not be able to drive, read or recognise faces,” said Professor Mackey.

“For 30 years I have worked with eye specialists around the country and the research team at CERA to be able to assemble some of the most accurate data about LHON risk anywhere in the world.

“Although we are still working to find treatments for LHON, knowing exactly the risk for vision loss allows us to design better clinical trials.

“If the federal government passes legislation to allow mitochondrial donation, we will be able to give family members accurate risk data so they can make an informed decision about opting for this new treatment.”

Mitochondrial donation involves removing the nuclear DNA from a patient’s egg containing faulty mitochondria and inserting it into a healthy donor egg, which has had its nuclear DNA removed.

The risk for LHON is automatically passed down from a mother to all her children, however… their vision will not be impacted in the same way

The new study found 96 Australian families currently have the gene and 355 people are currently living with vision loss because of it. 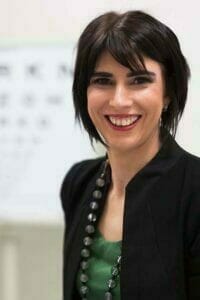 Lisa Kearns, from the Centre for Eye Research Australia ERA.

Lisa Kearns, a research genetic counsellor and orthoptist at CERA has worked with LHON families for 20 years, says LHON has traditionally been known as a young man’s disease.

“However, the study’s findings confirm LHON can also affect a smaller number of women, older adults and younger children,” she says.

CERA Principal Investigator Dr Isabel Lopez Sanchez says because LHON is very rare, some ophthalmologists may have never encountered a patient with the disease.

“As a result of our study we want them to consider LHON could be a possibility if a woman, younger child or older adult has lost their vision, to avoid a delayed diagnosis or even misdiagnosis,” she says.

Dr Lopez Sanchez says the study will provide researchers with a comprehensive database of people they can ask to take part in future clinical trials and studies aiming to prevent or treat vision loss.

“It will also help us design accurate trials and studies, which is very important, as that will help us develop efficient treatments,” she says. 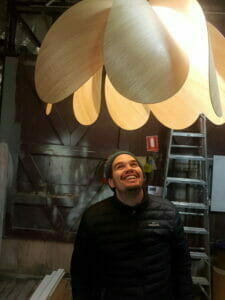 Duncan Meerding, who lives with vision loss due to LHON. Photo by Michele Warner.

It was just an average Friday morning when Duncan Meerding, then 18, realised he had a major problem with his vision.

“I couldn’t see the TV screen,” recalls Duncan, who is now an award-winning furniture and lighting designer in his 30s.

“I was moving my hands about for perspective and I noticed there was a giant blind spot in my left eye. I was like, ‘Ah, I could just be overtired’.”

But it wasn’t a simple matter of fatigue. After visits to doctors and eye specialists, the diagnosis came in: Duncan had LHON. Within eight months, he also lost central vision in his other eye.

He recalls losing his vision was, initially, “psychologically and physically difficult to deal with”.

“Luckily, I had great support from doctors and my Uncle Doug, who also has vision loss from LHON. Because of that support, I came to realise having LHON wasn’t the end of the world – it was the beginning of something new,” he said.

While welcoming the new study’s findings, Duncan encourages anyone with LHON or a similar condition to carve out a life in the here and now.

“Live your life as someone with vision loss; don’t put off your life,” he says. “If and when treatment comes along, that will be great but, in the meantime, learn how to adapt.”

Duncan’s story also brings back memories for Professor Mackey, who has been researching LHON for 30 years.

“I remember seeing Duncan as a little boy when I first started research in the 1990s and met his Uncle Doug.”

You can read the study, here.

Find an Optometrist Job Platform to Expand with Ophthalmology Resource