Blinded by Glaucoma, Shannon Davis Focussed on 7 Sights in 7 Days 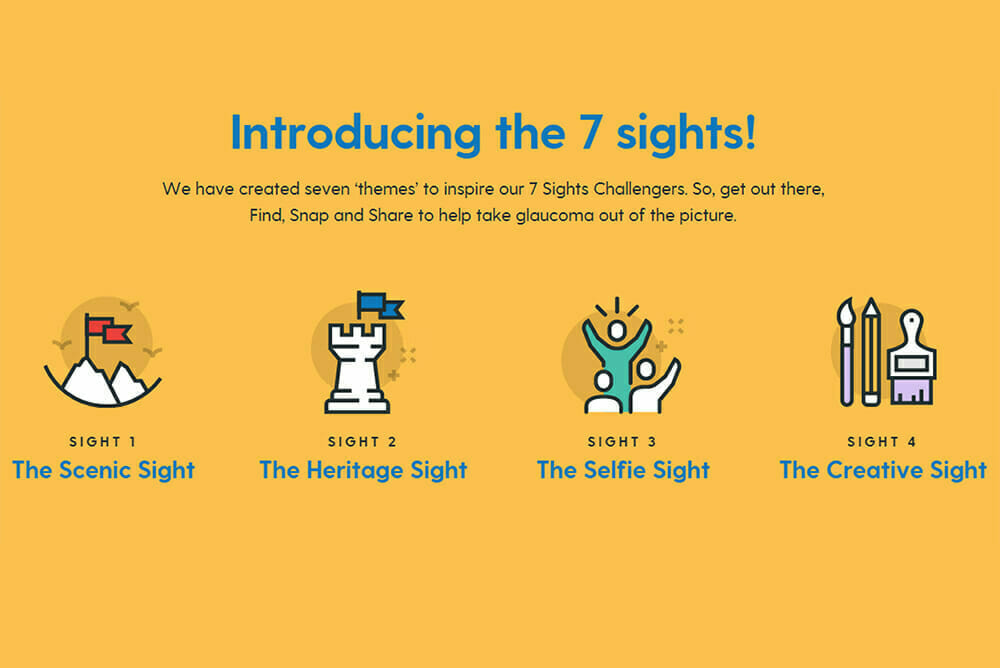 Glaucoma Australia’s 7 Sights in 7 Days Challenge is just around the corner. Part of Glaucoma Australia’s annual Treat Your Eyes campaign (from 6-12 March), eye care professionals and members of the public are invited to capture everyday moments to remind them sight is precious, while raising much-needed funds for early detection programs and critical support services.

For Shannon Davis, a 45-year old father of two who is now legally blind due to glaucoma, educating and reminding people of all ages about the need to have regular, thorough eye examinations is critical.

The health-conscious former senior executive of a large accounting firm says that relative to other prominent health issues, he had very little awareness of eye diseases – or the point of having his eyes checked, regardless of his need for glasses – until it was too late.

With no known family history of glaucoma, and no symptoms at all, the reason he decided to have his eyes checked was because he was the only one in his family without prescription spectacles.

But rather than being told he would be set up with a new pair of glasses, at his first consult Mr Davis learned his life was about to change forever.

“I was shocked, confused when I was told I had a severe chronic disease (that I knew nothing about) and that it was already very advanced in its progression,” said Mr Davis. “This meant I had already irreversibly lost a large amount of my vision in both eyes and had very little vision left to play with for the remainder of my life. With no prospect of medical improvement to my vision I was advised I was legally blind and I could no longer drive.”

Following laser surgeries and then trabeculectomies, Mr Davis is hoping his glaucoma has been stabilised for now and is focussed on maintaining, and making the most of his remaining vision.

His glaucoma journey demonstrates the need to create greater awareness in the community of why eye examinations are critical to long term eye health… and that an eye check with an optometrist is not only about getting a new pair of glasses (or contact lenses).

Get Behind 7 Sights 7 Days

Mr Davis hopes Glaucoma Australia’s new fundraising initiative, the 7 Sights in 7 Days Challenge, will encourage Australians to place high value on their sight and be proactive with regular eye exams. He hopes optometrists and ophthalmologists get behind this campaign, leveraging their presence – often in prominent retail locations – to help maximise its reach.

The initiative involves sharing a photo of an amazing sight every day for seven days to raise funds to help end glaucoma blindness this World Glaucoma Week (6–12 March 2022).

To register, find out more about Glaucoma Australia’s 7 Sights in 7 Days Challenge, and access resources for use in your practice, visit: www.sevensights.org.au.

Reaping the Rewards of SMILE