On Track, On Target for Worldwide Commercialisation: Australia’s Bionic Eye 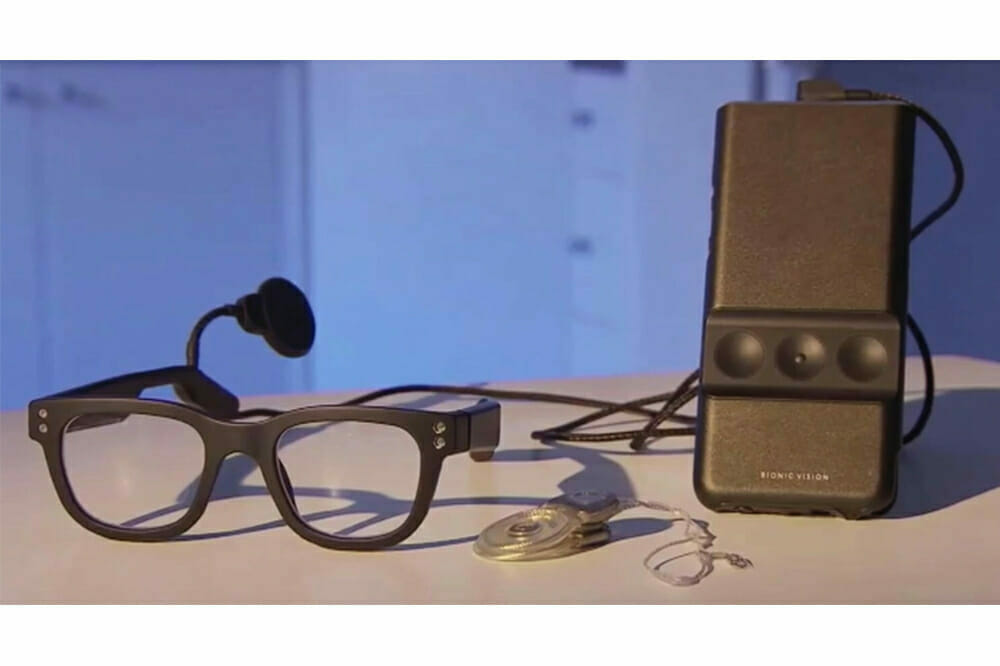 With a pivotal international trial scheduled for mid-2023, an Australian-made bionic eye is closing in on commercialisation after 12 years in development. 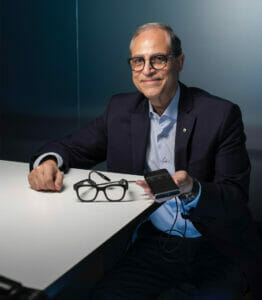 The need for a vision solution for these patients is great. People born with RP are born with perfect vision. Over time they lose their peripheral vision, followed by their central vision. Many ultimately lose all sense of light perception. One of the most common inherited retinopathies, RP affects an estimated 3.5 million people worldwide.

BVT’s Bionic Eye System consists of cameras, embedded within a pair of glasses, which send electrical signals to a wearable processor – similar to Cochlear’s Bionic Ear. The processor transmits signals to an implant located in the suprachoroidal space, stimulating the retina, which delivers visual information to the brain. This ultimately restores functional vision to the wearer.

Gene therapy is not able to target all RP patients because more than 250 individual genetic mutations can be responsible for this disease. “Our bionic vision system will provide an alternative, regardless of gene mutation,” CEO of BVT, Dr Ash Attia, said.

The original BVT Bionic Eye System was developed by a consortium of researchers from organisations including the Centre for Eye Research Australia, CSIRO, the Bionics Institute, University of Melbourne and the University of New South Wales, under the organisational name Bionic Vision Australia (BVA).

In 2012, in a proof of concept study, the first three patients were implanted with the research consortium’s first generation bionic eye system, which involved a 24-electrode array. This was followed by a second generation system, comprising 44 electrodes, implanted in four patients in 2018. Off the back of excellent results, the pivotal trial of the third generation system will involve patients in the United States, Europe, Australia and China.

Dr Attia describes this latest iteration as “leaps and bounds” ahead of the gen one and two systems. The new, thinner implant incorporates even more sophisticated technology to enhance functional vision, and filter out environmental distractions so the wearer can focus on the visual target. Additionally, it is much quicker for patients to learn the required visual processing skills.

“The original proof of concept device could only be tested in the lab. The gen two device, implanted in 2017, could be taken home and used every day. We started a feasibility trial in 2017 and it closed just a few months ago. The results, which have been published, were excellent – with gen two, patients reported they were able to do things they had never dreamed of doing since losing sight,” Dr Attia said.

“They were able to walk into a cafe and identify the faces of loved ones, recognise traffic lights and street signs, and observe a boat on the harbour – all the things we take for granted as sighted people.”

He said the third generation system takes advantage of artificial intelligence, depth algorithms and sophisticated signal processing to feed information from the implant, via the optic nerve, to the brain.

As the technology is further evolved, it will be possible to simply upgrade the system’s software, and further down the track, should the electrode array (or system ‘hardware’) need replacing, this can be done with a safe procedure.

“The suprachoroidal space is safe and accessible – you can go in and out of it surgically, without damaging cells. This makes it an ideal location in which to implant the array – unlike other parts of the retina where other bionic eye researchers have worked.”

Cleverly, a patent is in place over the electrode design, surgical technique, and position of suprachoroidal approach, giving the company a distinct competitive advantage.

Dr Attia says the pivotal trial for BVT’s third generation system in patients with RP is just the beginning.

“Whereas the gen one and two systems could only be used for blind people with no light/ bare light perception, the gen three will enable us to serve a bigger group – people whose vision has deteriorated to hand motion at three feet. This means that while they have some useful vision, they will still benefit from using the device.

“In the future, we hope that our bionic vision system will return vision to people with other eye diseases – age-related macular degeneration and more,” he said.

“We know from the comments that patients in the gen two trial made, this system gives people new levels of confidence, lifts them out of depression and enables them to be more independent and aware of the world around them.

“People with the gen two device could recognise landscapes, and see boats on the ocean. With the addition of AI and depth algorithms, gen three will enable them to see even more. They will be able to see objects in space, as well as things coming towards them and moving away.”

In September 2021, BVT formed a strategic partnership with the US MedTech company, Cirtec Medical and, subject to further funding, the pivotal trial of BVT’s third generation bionic eye system is expected to commence in mid-2023. The trial will run for two years and at its conclusion, Dr Attia hopes the system will be in a position to obtain approval from the United States Food and Drug Administration, European Medicines Agency and the Therapeutic Goods Administration in Australia.

“We will be ready to manufacture the system on a very large scale – with approvals, we intend to make it available to patients worldwide,” he said.

Dr Attia has built a strong team around him to drive the commercialisation process.

“When the whole thing started in 2010, it was a research project. We are no longer in research-only mode because we’re focused on development for commercialisation and we have a great team to do this.”

That team includes people with experience commercialising the Cochlear Bionic Ear working alongside the top minds from Centre for Eye Research Australia, University of Melbourne and the CSIRO.

Dr Attia also has extensive experience developing, and bringing to market, life-saving and transformative implant technologies. He was part of the company that developed the world’s first implantable defibrillator, out of which the Cochlear Bionic Ear team was borne. More recently he was part of an organisation that devised a way to ‘save’ seven of the ten hearts and lungs donated, which otherwise would have been unsuitable for transplant.

He said moving to BVT provides a new and exciting professional opportunity.

“The concept of potentially saving or transforming lives motivates me. The opportunity to find something unheard of yet revolutionary, and take it to a point where it becomes the standard of medicine – that’s what drives me and everyone at BVT.