Watching the evolution in contact lens materials and the shift in prescribing habits globally, or in a given market, sure is interesting.

It’s hard to believe that it’s 50 years since the first soft contact lenses (CLs) became available. Although not yet in practise in those early days, I well recall the first lenses in our family practice.

Today, we have high-Dk, silicone-hydrogel and RGP lenses. Adequate oxygen supply to the cornea is rarely an issue 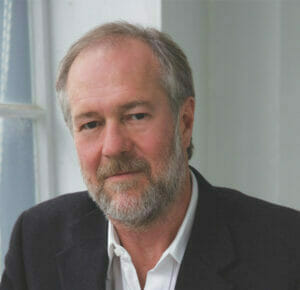 Practising in the rarefied atmosphere of the highveld of Pretoria South Africa – at 1,400m above sea level – the physiological challenges of PMMA and HEMA38 lenses became evident faster, and to a greater degree than at sea level. My father, brotherin- law and uncle, presented a series of cases showing the existence, and reversible nature, of SLIM. It was deduced that SLIM was due to hypoxia and resultant corneal steepening from oedema. Brien Holden told me he believed this seminal work was the first to clinically show the effect of HEMA38 on refractive changes.

I was fortunate to practise in the early days of rigid gas permeable lenses (RGPs) – in the form of Polycon and Boston materials – and also the advent of 60% water content soft lenses and ultra-thin HEMA38, which alleviated many of the hypoxia-related problems.

Today, we have high-Dk, silicone-hydrogel and RGP lenses. Adequate oxygen supply to the cornea is rarely an issue, but we still see some cases with scleral lenses.

THE TIMES THEY ARE A-CHANGIN’

Speaking of evolution, for the past 21 years, leading CL researchers – backed by data from practitioners around the world – have come up with an annual paper that presents a snapshot of contact lens prescribing trends. The most recently published version, International Contact Lens Prescribing 2021,1 provides a variety of interesting data snapshots and trends.

In the 2002 study,2 only around 10% of CLs fitted in Australia were silicone hydrogels (SiHy). Daily disposables (DD) also accounted for a similarly low percentage.

RGP fits, including orthokeratology (Ortho-K), impressively accounted for 20% in Australia, which was eclipsed by 57% RGP/Ortho-K fittings in the Netherlands. New Zealand continues to impress with 20% RGP fits (excluding Ortho-K).

Among soft lenses fitted in Australia, 87% were SiHy materials and 69% DDs. As one would expect (based on the incidence of astigmatism), toric lens fits were in the 40% range. In presbyopic soft lens wearers, 44% wore multifocals with 25% in monovision. For RGPs, I was surprised to see that 22% were sclerals.

I’d like to think I’ve had some influence on the increased prescribing of RGPs, DDs and SiHy lenses, in our region and others.

Along with others, I’ve provided data for this research over many years. I hasten to add that this data is not necessarily fully representative of the whole market, or a given country – it’s make-up can be skewed by specific patient/practitioner subsets, conditions and areas of speciality. A keratoconus expert, for example, might report a high number of RGPs (including sclerals) while someone else collecting data in the same city might predominantly prescribe soft lenses.

Overall, as alluded to by the study authors, one hopes that individual variations are diluted in a large dataset.

In 2021, Australia led the pack with 4% of soft lens fits for myopia control.