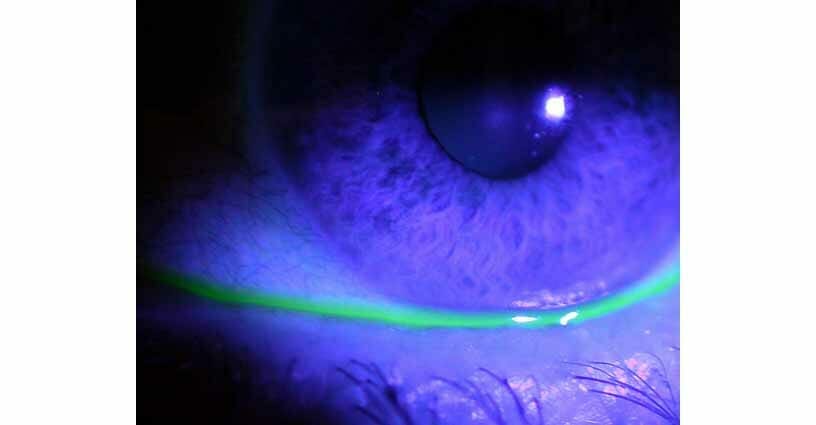 For most people suffering from recurrent forms of ocular infections, eliminating the embarrassment of watery eyes and blurry vision is becoming easier to achieve, thanks to the benefits of dacryocystorhinostomy (DCR).

Patients who suffer watering of the eye frequently suffer from blurred vision, social embarrassment and recurrent ocular infections. While the problem may be due to hypersecretion from the lacrimal gland, more commonly than not, there is some form of ocular irritation. The clinician must exclude common forms of corneal irritation such as foreign bodies, trichiasis and allergy. In the absence of irritation, painless epiphora may be due to an obstruction of the outlet drainage pathway for tears. Infections can occur due to stasis of tears and accumulation in the tear duct system.

Tears initially flow from the lacrimal gland over the ocular surface to keep the cornea moist and lubricated. They enter the lacrimal punctum, located on both the upper and lower lids. These puncti, then drain tears along the canaliculus. Each canaliculus is approximately 8 to 10mm long and extends into the lacrimal sac, before being propelled into the nose via the nasolacrimal duct in the lateral nasal wall.

Epiphora and recurrent ocular infections frequently occur in infants after birth, with up to 20 per cent of neonates affected. Within this group, more than 90 per cent of children suffering will improve spontaneously by 12 months of age. The remaining patients will often improve with lacrimal surgery by probing or intubation and rarely require dacryocystorhinostomy (DCR) intervention. In adults, females are affected more than males. Whether this is due to hormonal influences is unknown. While makeup has been implicated, solid proof of the association is yet to be found.

The simplest way to identify patients with nasolacrimal duct obstruction is to perform a fluorescein dye disappearance test. The corollary test is the presence of a high tear meniscus, sometimes with spillage of fluorescein-coloured tears outside the eyelids (Figure 1).

A diluted drop of fluorescein is placed in the conjunctival cul-de-sac and after three minutes, the disappearance of this dye is noted. From the optometrist’s perspective, the best way to identify these patients is to have a cobalt blue light and to assess fluorescein disappearance or height of the tear meniscus, comparing the right with the left eye. This will appear more obvious in unilateral situations and with time, a practitioner can gain skill in diagnosing obstructions by this simple manoeuvre. Referral to an ophthalmologist with skills in lacrimal surgery is then indicated.

The ophthalmologist will frequently perform a probe and syringe procedure in the rooms or outpatient department. This is primarily diagnostic, but may result in some improvement in symptomatology. This is usually short-lived, as the nasolacrimal system is partially recanalised due to a high pressure flow of saline into the nasolacrimal system. Over time, there will frequently be a recurrence of symptoms due to the re-establishment of inflammation and fibrosis within this nasolacrimal system. The result is an overflow of tears. This is explained to patients using the drainpipe blockage analogy, referring to a simple blockage of the drainpipe (as in the nasolacrimal duct) causing an overflow of tears. When the punctum is pulled away from the globe, (as in ectropion) the drainpipe is then pulled away from the roof.

If there is patency of the nasolacrimal system but the patient continues to suffer from watering, there is frequently found partial and/or functional nasolacrimal duct obstruction. Often patients in this situation will have intermittent symptoms, which is usually explained to patients as being lazy tear ducts. This situation can often be confirmed by a lacrimal scintogram. In this situation, a radio-labelled tear drop is placed in the cul-de-sac and its passage is observed over twenty minutes. The test is performed by technicians and is a simple scan, usually performed in hospitals.

The next step – surgery

Once the diagnosis of nasolacrimal duct obstruction has been established, surgery is considered as a means to bypass the blockage. Simple dilation of the existing system by instruments or balloons has not proven to be successful over time. Initial reports of re-opening the blocked nasolacrimal system had promising outcomes. However, the current success rate of such procedures is approximately 60 per cent. Bypass procedures by way of dacryocystorhinostomy (DCR) appear to be much more successful and achieve a greater than 90 per cent success rate in many reports.

Traditionally, DCR was performed by an external incision. The cited disadvantages of external DCR surgery are scarring and rehabilitation. Patients frequently tolerate scarring well, with only a small percentage having any cosmetically unacceptable outcomes. One of the major advantages of endoscopic (internal) endonasal DCR surgery is post-operative rehabilitation. Patients rarely suffer bruising around the periorbital region (black eyes) and frequently return to work within days after surgery.

Endoscopic DCR surgery is undertaken from the endonasal perspective. An endoscope is placed in the nasal passage of the patient under general anaesthetic or sedation. The lacrimal sac is then opened into the nose after removal of tissues in this region (Figure 2). Laser has been utilised to create this opening, but often results in collateral thermal damage leading to scarring and failure. Frequently, a silicone tube is placed in the nasolacrimal system (Figure 3). These silicone tubes are left in place for one to 12 months to allow patency. Tubes are simply removed after the procedure in the rooms with only topical anaesthesia. Once the tubes are removed, the nasolacrimal system can drain passively. In cases of failure, there is usually a growth of scar tissue over the new passage or ostium.

Fluorescein-stained tears in the nasal passage can be seen in Figure 4. The tears are identified by a cobalt-blue light source viewed by an endoscopic panning through the ostium.

Patients are frequently very grateful for a positive outcome from this procedure. It can transform their lives, by eliminating the embarrassment of watering as well as recurrent eye infections and blurring of vision.

Dr. Raf Ghabrial MBBS. (Syd. Hons) FRANZCO is a Sydney trained ophthalmologist. He specialised in the U.K. and the U.S.A. in oculoplastics, orbital and lacrimal surgery. Dr. Ghabrial is a Councillor with RANZCO and is in private practice at Sydney Oculoplastic Surgery, Sydney. Phone (AUS) 02 9222 9901.