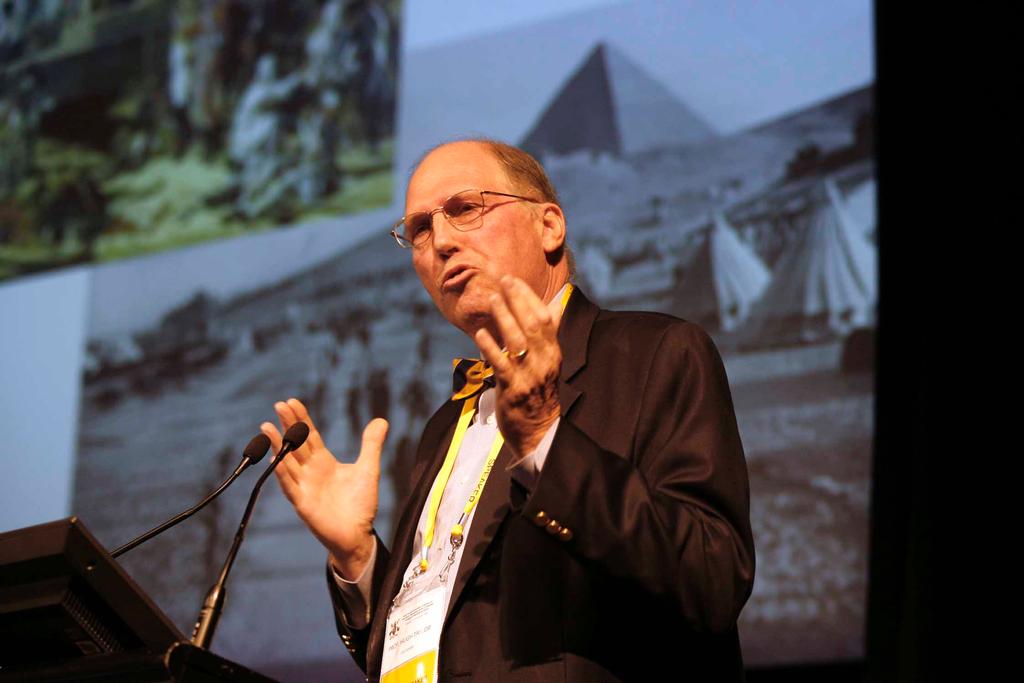 Despite frosty weather conditions, more than 700 eye specialists turned out for Melbourne’s 2008 conference of the prelude to the 40th Annual Scientific Congress of the Royal Australian and New Zealand College of Ophthalmologists (RANZCO).

According to the event’s organiser, Dr. Penny Allen, the breadth of research brought to the event covered a great number of diverse areas in eye health. “This is very encouraging for the future of eye research, its clinical application and visual health of the global community.”

Lectures incorporated a wide variety of clinical and surgical topics, including: What’s new in Oculoplastics; Causes of Childhood Blindness in Burma/ Myanmar; and A Study of Cytochrome Oxidase Expression in the Pig Optic Nerve Head after Acute IOP elevation.

Alcohol consumption at a level higher than 40 grams a day (or four standard drinks), may increase the risk of both early and late AMD.

Sunday’s first plenary session was given by the Hon. Bob McMullan, Parliamentary Secretary for International Development Assistance for the Federal Government. This was the first time a member of parliament had addressed the conference in its 40 year history and Mr. McMullan was applauded for his government’s initiatives in wanting to work with RANZCO on preventable blindness throughout the world.

According to Mr. McMullan, there is a gaping hole in public policy in that area and the Hollows Foundation, with other NGOs pointing the way for the government to follow this up.

The government has earmarked AUD$45 million of funding for the issue, forming policies in this area, which are soon to be announced. Mr. McMullan also remarked that despite the economic downturn, the government is committed to working on the Avoidable Blindness Initiative with the College with the potential to work on policies together in the future.

“I am a grateful beneficiary of the art and science of ophthalmology.”

These are the words of Betty Churcher, former Director of the National Gallery of Australia and one of the Foundation Ambassadors for JulEye, an initiative of the RANZCO-affiliated, EYE Foundation.

Ms. Churcher availed the conference with some interesting anecdotes about her own experiences, hosting a series of dinner parties to turn people’s awareness to the wonder of eyesight and the horrors of it vanishing.

An engaging speaker, Ms. Churcher described how the Impressionist artist, Claude Monet, whose work recently featured in the Monet and the Impressionists exhibition at The Art Gallery of New South Wales, developed serious cataracts and eventually benefited from ophthalmic surgery.

“Monet was blind in one eye and continued to paint, but he was paranoid about doing anything about his condition. His surgeon begged him to have an operation, but he refused unless the doctor could guarantee that he would see colour as he did before,” explained Ms. Churcher.

According to Ms. Churcher, it was apparent in paintings of the difference in the way Monet saw colour through his cataracts, and the way in which he overcompensated because he saw everything with a bluish tinge. Finally, in 1922, he had the operation and could complete his Wolfedy paintings.

The annual Pfizer film festival, a hit at the conference, also featured a documentary on Monet’s loss of vision.

The conference was officially opened on the Sunday evening at The Melbourne Town Hall by Professor, The Hon. Barry Jones, Chair of Vision 2020 Australia, since 2002. As was the case with Betty Churcher, Prof. Jones became involved in eye research due to his own, as well as a family member’s firsthand experience.

“In 1988, when I was still Australia’s Minister for Science, my younger sister Carol was diagnosed with glaucoma. Her specialist said that if she had the condition, there was the possibility that I would probably have it too,” explained Prof. Jones.

Sure enough, Prof. Jones did have glaucoma and has since also had cataract surgery. Due to his eye health history, he gladly agreed to be the poster boy for eye health awareness. “My ambition was to do for eye health what Bert Newtown has done for the toupee.”

At the official opening, new fellows were welcomed into the college by RANZCO President, Dr. Iain Dunlop.

A keynote speaker for 2008 included Professor Charles McGhee, whose Gregg Lecture entitled, ‘Keratoconus: 150 years of practical observations on conical cornea – what have we learned?’ gave a retrospective overview of the knowledge base around this misunderstood condition.

The subject of the Hollows lecture on Wednesday, addressed by Professor Hugh Taylor, was on the quest to eradicate trachoma, an eye disease described since Pharonic times. “To our shame,” admits Prof. Taylor, “Australia is the only developed country to still have trachoma.”

Titled, ‘Trachoma: A Blinding scourge from the Bronze Age to the Twenty-first Century’, the book includes chapters on the biology and epidemiology of the organism; pathogenesis; immunology and vaccine development; and the field studies that have led to the current SAFE strategy (surgery for trichiasis, antibiotic therapy, facial cleanliness, and environmental change, i.e. water and sanitation) of the World Health Organisation.

The book also features paintings by Aboriginal sufferers of trachoma, depicting methods of education and getting the message out to the community, using a culturally meaningful approach.

The effects of alcohol on the eyes had a strong showing at the conference. This included a report given by lead author, Dr. Elaine Chong, on a study titled, ‘Alcohol Consumption and its Association with Age Related Macular Degeneration’, which included 7,000 men and revealed a strong link between high beer intake and macular degeneration. The study concluded that alcohol consumption at a level higher than 40 grams a day (or four standard drinks), may increase the risk of both early and late AMD.

According to Dr. Tina Khanam, there is also evidence that the most common cause of penetrating eye injuries in Australia, are glassing incidents involving alcohol, with eye trauma caused by fists, followed closely behind. In many cases, the injuries resulted in the loss of an eye, with men under the age of 40 involved in more than 80 per cent of incidents.

Abstract posters describing research projects being undertaken in various centres around the world were featured in the foyer outside the John Batman theatre. ‘One’, conducted by the University of Melbourne, the Royal Victorian Eye and Ear Hospital and Private Eye Clinic, East Melbourne, described the unexpected association between childhood hyperopia and parental smoking. In this study, maternal smoking was found to be a significant factor in a child developing moderate to severe hyperopia.

The industry also hosted breakfast sessions covered a variety of topics including Monday morning’s, Designs for Vision’s retina breakfast. Celebrating its 30th anniversary, one of the morning’s speakers featured Dr. Jay Chandra, who discussed how 23 gauge surgery for micro incision vitrectomy as opposed to 25 gauge, ‘hits the sweet spot.’

Dr. Brendan Vote spoke about the F10 scanning laser ophthalmoscope used in his new rooms. Using single colour lower light levels during examination without a flash, the F10 does not require post image enhancement and takes video images. According to Dr. Vote, this has revolutionised pan retinal photocoagulation (PRP).

One of the topics in the closing concurrent session on Wednesday, focussed on Botox (Botulinum Toxin A), a substance most often associated with people wanting to look younger, but is proving to have important clinical applications besides smoothing forehead lines.

Dr. Wendy Marshman, an Ophthalmologist based in Malvern Victoria, discussed the use of Botox in strabismus. Botox is sometimes used in lieu of eye muscle surgery to correct strabismus, which has proven effective in some children for whom surgery has not corrected the misalignment.