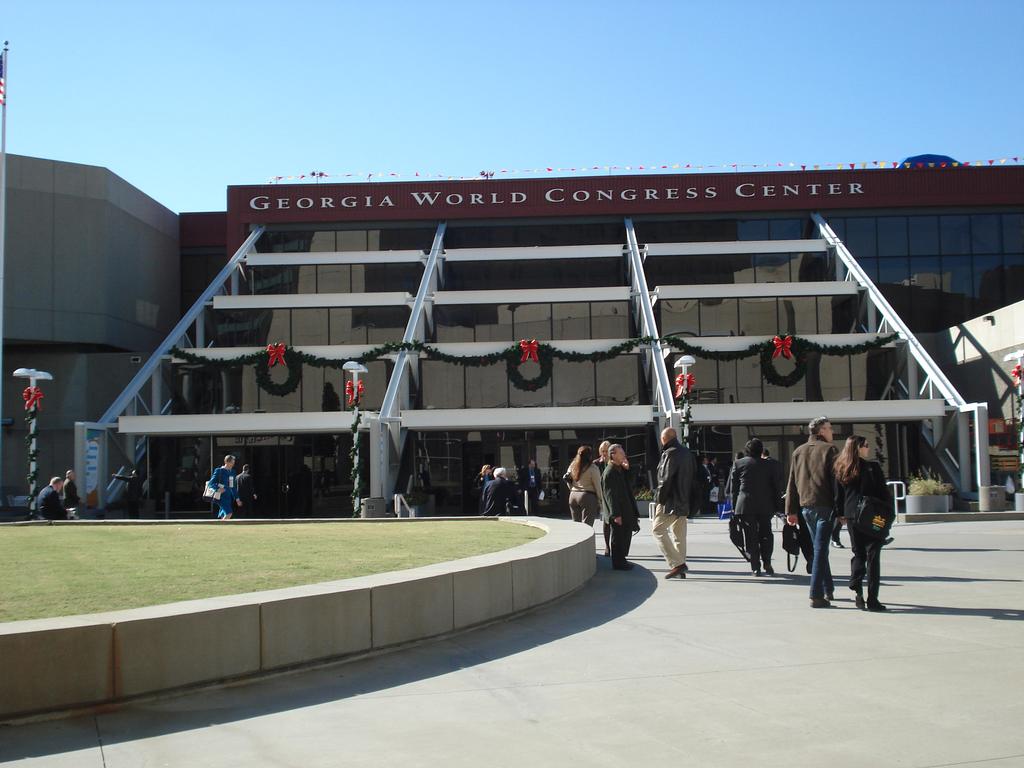 The American Academy of Ophthalmology (AAO) Annual Meeting in Atlanta at the end of last year was a very successful event. We feature highlights from ‘AAO Conference Correspondent’ – an educational service sponsored by Pfizer Australia.

The ‘AAO Conference Correspondent’ is an educational service sponsored by Pfizer Australia. It is recognised as an important source of news from North America’s largest ophthalmology meeting. The following are excerpts from some of the correspondents’ reports from AAO.

Dr. Carol Shields, Ocular Oncology Service, Wills Eye Hospital, Philadelphia, presented data from a long-term follow up of 3,422 cases of choroidal naevi. The data revealed two-thirds of cases occurred in females and the majority (70 per cent) were situated between the macula and the equator – 20 percent involved the macula and 10 per cent were anterior to the equator. The vast majority (90 per cent) of cases had only one naevus per eye. Drusen were seen in 28 per cent of cases aged 50 years or more.

Vision was very rarely affected; fewer than three per cent of patients with naevi demonstrated loss of acuity at 15 years. As expected, sub foveal lesions were associated with a higher incidence of acuity loss (26 per cent at 15 years). The factors predictive of worsening visual acuity, in order of importance were: subretinal fluid; subfovear location; foveal oedema; retinal pigment epithelial detachment; and orange pigment. The growth of choroidal naevi into melanoma over time ranged from two per cent at two years to 17 per cent at 15 years.

A multivariate analysis found that the factors predictive of a malignant transformation were: thickness > 2 mm; subretinal fluid; visual symptoms; orange pigment; margin < 3 mm to the disc; and ultrasound hollow. This is a timely reminder that one in six patients, who present with a benign choroidal naevus, may ultimately develop a malignant lesion after 15 years. Whilst this rate is higher than in other series, it highlights the importance of long-term follow-up of these patients, dispelling the misconception that they are benign with a low rate of malignant transformation. – Excerpt from report by Dr. Tim Roberts

Age-related macular degeneration (AMD) is estimated to affect about a quarter of the elderly (> 75 years old) population worldwide, and is the leading cause of vision loss in Australia. In recent years, the discovery of AMD genes has allowed a new understanding of its aetiology and pathogenesis.

Complement factor H Y402H (CFH) is the most well known genetic factor related to AMD, but there are three other major complement-related loci implicated in the majority of AMD cases:

These discoveries have confirmed the pivotal role of complement-mediated mechanisms in the development of AMD.

The frequency of the AMD-associated alleles is currently being studied among different ethnic groups, and preliminary reports indicate that there is significant variation between European, African and Asian populations.

For example, while the CFH gene seems to play a key role in Europeans, it appears to be less important in the Japanese population. Furthermore, protective alleles found in Europeans appear not to be as frequent in Asians.

Recent analyses from the AREDS have established that two genotypes – CFH and LOC387715 are independently associated with progression from earlier stages to advanced AMD. In individuals who carry both of these genes, the risk of progression is enhanced even further. These genetic variants also appear to predict response to treatment. For example, among AMD patients with the high-risk genotype (CFH CC) AREDS supplements were associated with a 68 per cent reduction in progression to advanced AMD, compared with an eleven per cent reduction among those with low-risk genotype (TT) (p = 0.03).

With further research in the area of genetics, it is likely that in the near future genetic testing of patients with AMD will allow precise risk stratification so that earlier and perhaps more frequent treatments can be offered to patients at the highest risk of progression. Genetic testing may also help in understanding why some patients do not benefit or respond to treatment, and may therefore provide information on prognosis. – Excerpt from report by Prof. Tien Wong

Although angle-closure glaucoma (ACG) affects fewer people globally than open-angle glaucoma, it causes as much blindness. As pupil block is the primary mechanism, laser peripheral iridotomy (LPI) is the primary treatment strategy; however, LPI does not open the drainage angle in all cases, and there can be a high rate of increased intraocular pressure (IOP) and progression of glaucomatous optic neuropathy, despite LPI.

Other mechanisms of angle-closure include plateau iris (a large ciliary body and/or anteriorly rotated ciliary processes hold the peripheral iris against the meshwork despite a patent PI) and uveal/choroidal effusion or even choroidal expansion might precede and even precipitate acute angle-closure.

The groups at highest risk of angleclosure are: older individuals (9.1-fold risk increase for >60 years vs < 60 years), women (2.4-fold risk increase vs males) and Asian populations (especially Chinese) more so than Caucasians. Globally, there are three times as many cases of open-angle glaucoma as angleclosure glaucoma, but the number of cases of blindness due to each is equal. This highlights the importance of PACG; it is a more rapidly progressive and visually destructive condition than primary openangle glaucoma. – Excerpt from report by Prof. Ivan Goldberg

The average time of patient contact with doctor or eye-care technician was 12 minutes. On average eight minutes were spent with the physician. Discussion was largely physician-centred with 45 per cent of the consultations devoted to discussing glaucoma, particularly IOP. Most words (70 per cent) were spoken by the doctor and more than 90 per cent of questions were closed-ended.

Most patients were satisfied with the interaction, but felt that they played a more active role in decision-making than the doctor perceived them to. Doctors generally did not address patient beliefs or concerns about disease. Patients who subsequently admitted to poor adherence were more likely to be dissatisfied with treatment. Doctors were able to identify only three of the eleven patients who admitted to having missed treatments. Patient-centred communication techniques and open-ended questions may help to identify poor adherers and perhaps ultimately improve compliance. – Excerpt from report by Prof. Jonathan Crowston

Goldman applanation tonometry is known to be influenced by corneal thickness and the biomechanical properties of the cornea, and this may be important in diabetic patients who are known to have alterations in corneal collagen cross-linking.

A study by Sahin and colleagues from Turkey set out to determine whether corneal hysteresis differed in patients with diabetes compared with healthy controls. The Ocular Response Analyser (ORA) was used to measure corneal hysteresis. The presence of diabetes was associated with significantly higher IOP and lower hysteresis compared with non-diabetic controls. This study suggests that changes in corneal biomechanics may lead to over-estimation of IOP in patients with diabetes. – Excerpt from report by Prof. Jonathan Crowston

The next American Association of Ophthalmology Annual Meeting will be held in San Francisco from 24 to 27 October 2009.

Naomi Adam is a professional medical writer. This article contains reports from data presented at the AAO Annual Meeting. To obtain complete copies or for information on how to receive reports from ‘AAO Conference Correspondent’, contact a Pfizer Ophthalmics representative on (AUS) 02 9850 3333. Please refer to the published Approved Product Information (PI) before prescribing any product mentioned in this article.

Disclaimer: This article contains reports from data presented at an international meeting and may mention products or uses registered in Australia. Please refer to the published Approved Product Information (PI) before prescribing any product mentioned in this article. Although the opinions expressed herein do not necessarily reflect those of the sponsor or publisher, both parties have made every effort to ensure that the authors’ opinions are accurate, fair, balanced and consistent with the general body of information.