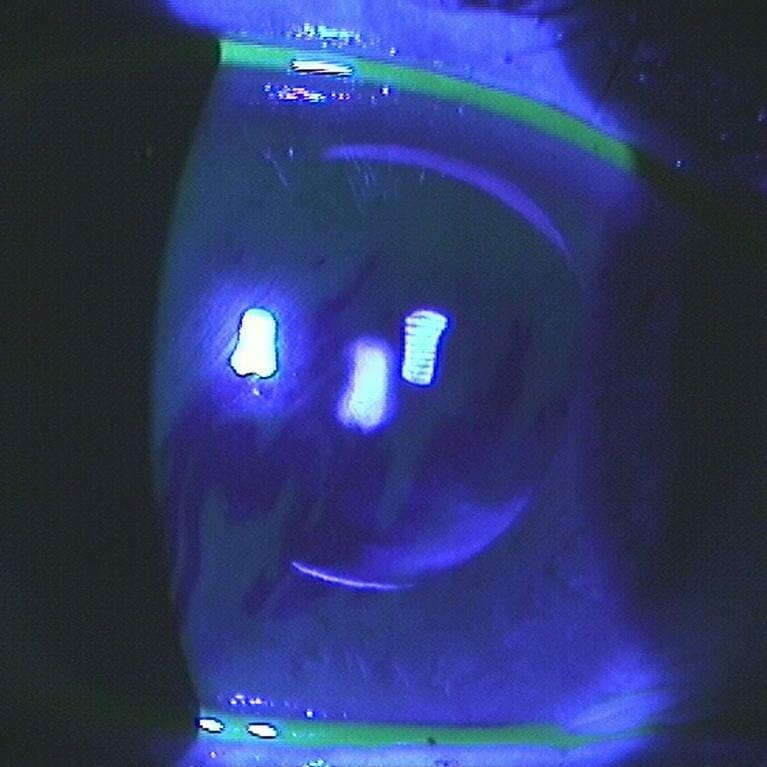 Patients with dry eye are amongst the unhappiest of my patients with often chronic and lifelong symptoms but often find the lack of sympathy and solutions offered by their eye care practitioner frustrating. Symptoms of dry eye are surprisingly distressing.

Often they are seeking alternatives to continuous use of eye drops. With most of my patients now, I give advice about the use of nutritional supplements as an alternative. Most are pleasantly surprised to be offered an oral solution and quite eager to embrace something they consider more ‘natural’. The three nutritional supplements with the most scientific evidence to support their use are omega-3 supplements (fish oil or flaxseed oil), gamma linoleic acid and vitamin C.

There is mounting evidence to suggest that the omega fatty acids play an important role in the pathogenesis of dry eye syndrome.

There is mounting evidence to suggest that the omega fatty acids play an important role in the pathogenesis of dry eye syndrome. Two major epidemiological studies support this. One was a survey of 39,876 women which showed that women with a higher ratio of omega-6 to omega-3 intake had a significantly increased incidence of dry eye syndrome.2

Another was a large survey of women with primary and secondary Sjogrens syndrome which showed that these women had lower omega-3 intake and vitamin C intake compared to controls.3

The hypothesis is that end products of omega fatty acids affect the overall level of inflammation in the body. Inflammation is implicated as a likely major factor in the pathogenesis and exacerbation of dry eye syndrome in many studies.4-7

Deficiency of PGE1, a specific end product of these essential fatty acids appears to play a role in Sjogrens syndrome, a well recognised form of dry eye syndrome. PGE1 and other omega-3 derived end products are more anti-inflammatory compared to the omega-6 or arachadonic acid derived cytokines and prostaglandins.8-14

The pathway of metabolism of n-6 and n-3 essential fatty acids (EFAs) is detailed in Figure 1.

Clinically there have been two studies presented on omega-3 fatty acids. One showed that meibomian gland dysfunction improved after oral supplementation with omega-3s with significant thinning and increased fluidity of the secretions.

I usually find that my patients notice an improvement in symptoms taking two to three capsules or 2,000 to 3,000mg of fish or flaxseed oil a day. More can be taken but can lead to gastric upset.

A patient recently told me that her naturopath had recommended keeping the capsules in the fridge to allow slower gastric release and since then she has had less problems. Caution should be used if your patients are on blood thinners as omega-3s can further thin the blood.

If your patients don’t like swallowing capsules I find a tablespoon of flaxseed oil or fish oil to be as effective. Flaxseed is the more palatable of the two as it just tastes nutty though I can personally vouch for the palatability of some of the children’s versions of fish oil. Some of my patients go to the trouble of grinding flaxseed using coffee grinders but this oxidizes rapidly and can be hard to store. Chewing raw flaxseed relies too much on incomplete digestion to be reliable. High amounts of omega-3s are found in walnuts and fish especially salmon.

Gamma linoleic acid or GLA is mainly found in vegetable oils such as evening primrose oil, borage oil, blackcurrant seed oil. There are quite a large number of prospective randomized and crossover studies on the use of gamma linoleic acid to improve dry eye.8-11 17, 18 This may seem counterintuitive given what I have just said about ratios of omega-6 to omega-3 but the hypothesis here is that having higher levels of GLA shifts the balance of production of cytokines towards more PGE1 and 1 series PGs and away from the production of AA derived cytokines.

Most of these studies have supplied both omega-3 and gamma linoleic acid and some supplied the known co-factors for the conversion of GLA (vitamins C, pyridoxine or B6 and Zinc). The exact dose of GLA necessary is not clear from these studies but seems to be as little as 15mg required and as much 270mg. A dose of 100-200mg would be a reasonable average and is what is typically supplied in commercial preparations. I only have a few patients on GLA and I have found variable success.

There are a number of studies which implicate Vitamin C as an important for dry eye. One study found that volunteers taking a vitamin C deficient diet all developed features of Sjogrens syndrome.19

Vitamin C supplementation has also been shown to improve dry eye or Sjogrens either combined with other vitamins and GLA or alone at the 1,000mg dose even in patients with normal diets. However, its effect can be variable because of its water solubility and excretion into the urine.20, 21

Vitamin C at a very basic level is involved in cellular respiration and carbohydrate synthesis and can affect aqueous secretion. Morever, it is important for PGE1 synthesis which as mentioned previously is anti-inflammatory. Supplementation based on these studies is recommended to be between 500 and 1000mg.

Practically, Vitamin C is used in high doses by ophthalmologists in the treatment of chemical burns as an anti-collagenase and also by refractive surgeons post PRK or surface ablation to enhance healing of the induced corneal ulceration and improve tear stability. I find Vitamin C quite useful either alone or as an adjunct to omega-3 supplementation.

I generally do not direct patients towards the proprietary versions of nutritional supplements. Some of these contain agents which have little or no scientific evidence to support their use and are only there to allow branding of the supplement.

I find generic versions as effective and practically for the patient, usually cheaper. As stated initially, most patients are keen to try them and I have personally found omega-3s in particular to be a powerful addition to my dry eye practice.

Dr Colin Chan specialises in refractive, cataract, and corneal surgery. He is one of a handful of eye surgeons in Australia who have completed an international refractive surgery fellowship. He is a reviewer for numerous ophthalmology journals, has written 25 peer reviewed publications and book chapters and has received two international awards for his research.

He has special interest in new treatments for keratoconus, a progressive corneal condition, including collagen cross-linking with Riboflavin, Intacs, and Kerarings.. He is also passionate about the treatment of dry eye, and a number of consumer magazine including, Good Health and Medicine, Fitness Life, and Australian Natural Health, have sought his opinion on this topic.