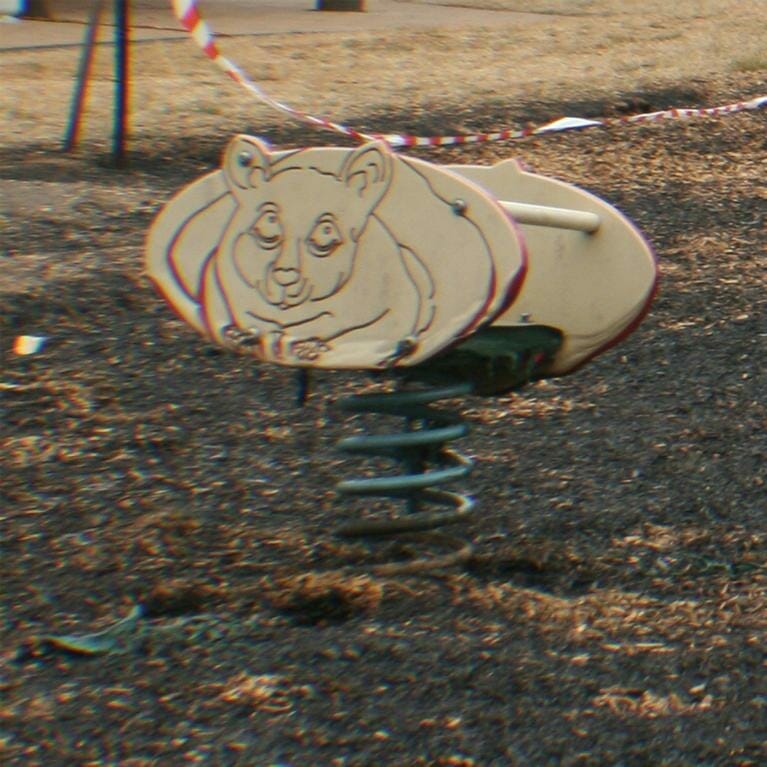 Our nation has suffered its worst peacetime disaster in its history. On 7 February, bushfires ravaged many towns and communities in South-eastern Victoria causing the deaths of more than 200 people and many thousands of casualties. The fires destroyed over 2,000 homes, almost completely destroyed the towns of Kinglake, Marysville, Narbethong, Strathewen and Flowerdale and have left an estimated 7,500 people homeless. [/vc_column_text][/vc_column]

This tragedy has impacted all sectors of the community, including our own, with some of those casualties being people within the eye care professions. It’s a disaster that has touched all Australians and brought them together. Optometrist Luke Cahill went down to the bushfire zone with some colleagues. This is his personal story.

My wife’s comment when I returned after four days in the charred landscapes of Victoria’s bushfire zone was telling. Looking at my pile of blackened and pungent clothes, she asked: “What have you been doing – cooking barbeques the whole time?”

I had been part of a rotating team of colleagues visiting towns in and around the bushfire zone, including Whittlesea, Wandong, Kinglake, Yea, Alexandra, Flowerdale and Narbethong. Like Australians everywhere, we had been deeply affected by the aftermath of the bushfire tragedy unfolding on television, and we had decided to do whatever we could to help.

We agreed the best help we could give would be to dispense eye care relief – ready-made spectacles, sunglasses and eye drops – to victims and firefighters who had lost glasses or were somehow in need.

We arranged to have the mobile children’s eye testing van from work driven from Sydney to Victoria, and for a small team to travel with the van to affected towns, providing relief where they could. Home base was a caravan in the backyard of Wayne Tennent, our regional operations manager resident in Eden Park, south of Whittlesea.

Our first day was the Thursday after ‘Black Saturday’, by which time the wider relief effort was in full swing. After stocking the van with optical goods generously transported in by various suppliers, we travelled to Whittlesea, on the fringe of the disaster area. The town at that point had been designated a major recovery centre, and a distribution point for essentials, like food and clothing for victims. The Salvation Army, Red Cross and other key relief groups had established a large presence and were tending to a steady stream of victims and other people displaced from their homes.

Over the Thursday and Friday our contact in Whittlesea was mainly with people from affected towns who had lost prescription glasses as their homes were consumed in the fires. Many were referrals from the Salvation Army, who once again did a magnificent job in a time of crisis.

Ready-mades tided most people over for the short term. We soon discovered that firefighters have a passion for Oakley and replaced their sunglasses lost or damaged on the frontline.

Despite the devastation not far away, spirits in Whittlesea were good, and were buoyed by the concert held on the Thursday featuring Lee Kernaghan, as part of Channel 9’s Telethon Appeal.

On Saturday, one week after the fires had swept the region, we moved the van up the mountain to Kinglake, the epicentre of the disaster. We were grateful to the Salvation Army and local Shire for arranging the necessary contractors’ pass to allow us into an area still closed to the general public.

The sight of a scorched Kinglake upon arrival defies imagination and is difficult to describe. This is an area where the forests on mountain ranges as far as one could see have been stripped of everything, charred beyond recognition. The landscape – trees now dead, black bare stakes in the ground – looks more like a moonscape. It is as if a bomb has gone off, clearing everything in its path.

While central Kinglake and its shops had held up, just about all of the western part of the town had been levelled, with houses burned to ash. Everywhere the smell of smoke and smouldering embers was pervasive, even a week after the worst of the fires had passed. Throughout the town, flowers marked those sites where people had lost their life, presumably not able to escape in time or hoping to weather the storm, bringing home the human dimension all too starkly.

We were struck by the frequent sight of two or more houses in a street burned to the ground, with one in between remaining untouched. Some residents who chose to stay and fight were luckier than others. Signs – humorous or otherwise – had been posted, reading ‘Looters will be Shot’.

In Kinglake we set up in the town’s main street, where the Army had established a series of relief tents. The Salvation Army, Victorian Department of Human Services (DHS) and local Shire helped us make sure residents and others active in the clean-up knew of the offer of optical assistance available to them from our team. We were lucky enough to address local residents at a number of the regular community briefings led by the Police and Country Fire Authority (CFA).

Replacement ready-mades and sunglasses remained popular, but we soon found eye drops were in strongest demand this close to the site of the bushfire’s worst destruction. Clearly, sustained exposure to smoke, ash and grit had caused immense irritation to peoples’ eyes over time.

The following day, Sunday, we travelled to Wandong in the morning and Yea in the afternoon. Both towns had been hit badly, with lives lost and houses incinerated, but escaped the worst of the destruction found at Kinglake. In Wandong that morning the visit by Kevin Rudd and Jenny Macklin appeared to boost spirits. Though I returned to Sydney that night, the van continued on to the badly affected towns of Alexandra, Narbethong and Flowerdale over the ensuing few days.

By the end of the van’s journey through the devastation zone, we had dispensed some 500 pairs of ready-mades, 1000 pairs of sunglasses and 800 boxes of eye drops to victims, affected residents, firefighters and other involved in the relief effort.

A few memories stand out from this unique experience. For one, the hellish landscapes left behind by these monster bushfire fronts. Veteran firefighters shaking their heads, adamant these were by far the worst fires they had seen in decades of service, shell-shocked residents – many wandering around in what can only be described as a catatonic state, flowers marking the human tragedy in so many individual homes. The heroism of locals Wayne Tennent, his wife and children, who gave assistance to our team and their own community. Lastly, the efforts of groups like The Salvation Army, Red Cross and Vision Australia, who moved heaven and earth to locate a replacement white cane for an elderly blind resident who had lost his white cane in the fire.

Inevitably, as the immediate horror of these fires passes, media and public attention on the tragedy will wane. Based on our experience, I urge we spare a thought for the victims as they try to comprehend the scale of this disaster for years to come. Luke Cahill is an optometrist and national professional services manager at Luxottica. He is grateful to suppliers who provided product and logistical help and thanks his colleagues, some of whom travelled from Western Australia and Queensland to join the relief effort.