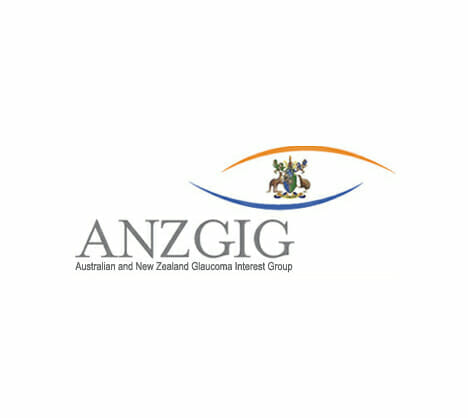 The Australian and New Zealand Glaucoma Interest Group (ANZGIG) held its Annual Scientific Meeting as a conjoint meeting with the American Glaucoma Society (AGS). The compact programme addressed many of today’s unresolved issues in glaucoma science and management.

A contingent of about 25 Australian and New Zealand ophthalmologists attended the conjoint meeting in San Diego, California from 5 to 8 March, 2009. What’s Up Down Under As part of a mini-symposium – ‘What’s up Down Under?’ – Assoc Prof. Jamie Craig from Adelaide introduced the Australian and New Zealand Registry of Advanced Glaucoma (ANZRAG), which seeks to recruit advanced cases of glaucoma for a genome-wide association study trying to find other genetic loci responsible for glaucoma. Preliminary assessments have thus far shown suggestive associations at chromosomal regions 5q33.2, 6p25.3 and Xq25.

In the same session, Prof. Helen Danesh- Meyer from Auckland, outlined the concept of gap junction-mediated bystander cell death in CNS injury, with elegant work showing upregulation of Connexin 43 – the crucial protein component of gap junctions – in injury to both the optic nerve and retina.

In contrast to the notion that the magnocellular pathway is preferentially affected in glaucomatous optic neuropathy, Prof. Neeru Gupta (Toronto) demonstrated that neurons can not only die in glaucoma, but also shrink, perhaps as a precursor to that cell death; and that in studying the lateral geniculate nucleus in a primate model of glaucoma, all the cellular channels – parvo-, magno- and koniocellular layers – are affected and show shrinkage.

Trans-synaptic degeneration is seen in glaucoma, but it remains unknown whether all the downstream effects are a consequence only of the primary injury to the retinal ganglion cell axon. Prof. Neeru Gupta also presented intriguing work in a separate paper suggesting the existence of a third aqueous outflow pathway (apart from trabecular meshwork and uveoscleral outflow) in the normal eye: the uveolymphatic pathway.

ANZGIG representatives were showcased in the ‘New Science’ section, with Prof. Jonathan Crowston (Melbourne) presenting mouse model research on the role of micronutrients (and nutrition in general) in glaucoma and ageing, while Assoc Prof. Bob Casson (Adelaide) was Discussant on the paper titled ‘Optic Nerve Degeneration and Regeneration’.

Assoc Prof. Ivan Goldberg (Sydney) brought the evidence base to bear on identification of the patient at high risk for glaucoma progression in the symposium on this subject.

The mainstay of surgical treatment of glaucoma is the trabeculectomy, these days almost always augmented with antifibrotic therapy (mitomycin C or 5-fluorouracil). There remain many potential problems with this operation, and the quest to find an operation to successfully lower IOP – perhaps without the complications of trabeculectomy – is being actively pursued. One of the feature sessions at the conference was a review of the newer glaucoma surgical techniques. Two discussed procedures were directed to specific modification of the trabecular meshwork/Schlemm’s canal complex: Trabectome and canaloplasty.

The Trabectome operation is essentially an ab interno trabeculectomy, with the Trabectome electro-ablation of trabecular meshwork under gonioscopic control being used transcamerally to remove a sector of meshwork. Canaloplasty, on the other hand, augments a viscocanalostomy by threading a suture through 360o of Schlemm’s canal so as to tie the suture and effectively ‘tent’ the canal open. New implantable devices include the iStent (Glaukos) and the ExPress implant. Potential advantages of endoscopic cyclophotocoagulation (ECP) were also discussed.

Each of the developments mentioned represents exciting and necessary research. It may also be said that none of the options is yet in a position to supplant a trabeculectomy as the standard surgical approach to glaucoma treatment, either for reasons of inadequate study follow-up or inability to achieve sufficiently low or predictable target pressures.

Considerable time was devoted to the outcome of the Tube vs Trabeculectomy (TVT) study. This multicentre trial looked at outcomes of surgery in patients randomised to either a 350mm2 Baerveldt glaucoma drainage device (GDD) or a MMC-Trabeculectomy (MMC 0.4mg/ml x 4 min).

Results at three years showed no statistical difference in the mean post-op IOP or the mean number of post-operative medications. The cumulative probability of failure during the three years of followup was 15.1 per cent in the tube group and 30.7 per cent in the trabeculectomy group (p=0.010).

Relatively high rates of both early and late post-operative complications were observed in both groups, as was a high rate of cataract progression in phakic patients (58 per cent tube; 57 per cent trab). In the cases where visual acuity was irreversibly lost, this was most often not related to the surgery but rather to the glaucomatous progression itself or to other pathologies such as AMD.

Numerous discussions were held – both in session and informally afterwards – about the significance of complications and rates reported in the study, with some reluctance to embrace a preference for the GDD in primary surgery.

One of the most striking results from the clinical trial papers section was that reported by Richard K Lee (Miami) on outcomes of treatment of neovascular glaucoma (NVG) with intravitreal bevacizumab (Avastin) in a retrospective interventional case series. Perhaps in contrast to expectations, the study showed that the use of Avastin ultimately seemed to have no effect on the development of synechial angle closure glaucoma, leading the authors to conclude that – whilst an avascular field makes surgery technically easier – the standard of care in NVG remains PRP and glaucoma drainage implant surgery.

Dr. Joshua D. Stein (Michigan) studied the association between the use of glaucoma medications and death using mortality data from a large managed care database which included nearly 25,000 beneficiaries with glaucoma. The use of any class of glaucoma medication was associated with a 77 per cent reduced hazard of death. This perhaps provides some reprieve for beta blockers such as timolol, for which conflicting results regarding mortality risk have been seen in the literature.

It was felt that it could not be assumed that the reduction in risk of death could be attributed to the medications themselves: practitioner prescribing patterns, the types of patients receiving these medications, access to care or other factors may have been influential.

The Business of Glaucoma

In a section titled ‘The Business of Glaucoma’, Dr. William L Rich III (Virginia) highlighted changes in how government payments were dispersed in ophthalmology over the last decade in the U.S., whereas in 1995, 65 per cent of payments were for surgery and 35 per cent were for office-based consultation and testing, the figures are now reversed.

Within ophthalmology, the single highest growth rate was in so-called ‘high-end’ imaging. It was suggested that more explicit evidence of improved health outcomes related to this expenditure will be required in the future as the government seeks to reduce costs. One can only speculate whether findings such as these were influential in the recent MSAC decision in Australia to decline a reimbursement for disc and retinal imaging devices.

Selected posters also caught the attention of delegates: a report of sympathetic ophthalmia in a two year old patient treated with cyclophotocoagulation; use of bilateral SLT as primary glaucoma treatment yielded 10 per cent of cases with an IOP spike requiring additional treatment; successful retreatment with SLT, the second treatment producing a lowering to the same IOP level as the initial treatment; use of intracameral triamcinolone in drainage surgery for inflammatory glaucoma; UGH syndrome and corneal decompensation associated with cosmetic iris implants.

Prof. Robert N. Weinreb – from the host city of San Diego – gave the AGS Lecture and identified 10 points that he believes will be the focus of attention in glaucoma science and research in the coming years:

The breadth of subjects included and the scope and imagination that he outlined indicate that there remains a great deal to discover about this disease. The Meeting was in general a highly evidence-based attempt to answer or at least clarify many of the outstanding dilemmas.

This article contains reports from data presented at an international meeting. Please refer to the published Approved Product Information (PI) before prescribing any product mentioned in this article. Although the opinions expressed herein do not necessarily reflect those of the sponsor or publisher, both parties have made every effort to ensure that the authors’ opinions are accurate, fair, balanced and consistent with the general body of information. Pfizer Australia Pty Ltd, ABN 50 008 422 348, 38-42 Wharf Road, West Ryde, NSW 2114, Australia. Phone +61 2 9850 3333. Fax +61 2 9850 3146. www.pfizer.com.au