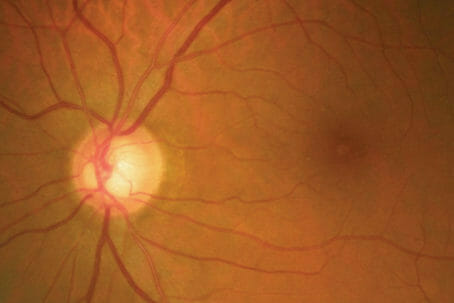 Age related macular degeneration is the leading cause of visual loss in the elderly. Until recently no treatment was effective and most patients who developed neovascular complications proceeded rapidly to blindness with loss of central vision.

Treatment of macular degeneration has been transformed by the development of Lucentis. A new class of biologic agent a specifically designed monoclonal antibody designed to target vascular endothelial growth factor (VEGF) has been developed and proven to be highly effective treatment.

Lucentis or Ranibizumab is the active fragment of a humanised mouse monoclonal antibody against VEGF. Clinical trials published in 2006 have shown extraordinary efficacy. The New England Journal described it as the most compelling clinical evidence they had ever seen. Not only was vision stabilised in 95 per cent of cases but in more than onethird of patients the vision was improved.

When compared with the natural history of neovascular macular degeneration these were dramatic findings. The control group showed the expected rapid deterioration in vision even when given the best treatment available, photodynamic therapy. Lucentis was approved for use in Australia and has been available through the Medical Specialised Drugs Scheme for over 12 months.

Patients with suspected neovascular complications of age related macular degeneration need to be seen quickly. Once the diagnosis is suspected, prompt referral to an ophthalmologist for f luorescein angiography and optical coherence tomography is essential. Other than reduction in reading vision, the most prominent symptom is distortion or metamorphopsia. Once the diagnosis is proven on angiography, approval from Medicare is obtained and treatment with Lucentis can commence.

Lucentis is given by intravitreal injection usually in the ophthalmologist’s office. Topical and subconjunctival local anaesthetic is sufficient combined with meticulous aseptic technique and use of antiseptic washes. The procedure is generally very well tolerated with minimal complications. The patient is able to go home immediately after injection and use antibiotic drops for several days.

The main risk at the time of injection is the development of endophthalmitis. This was exceedingly rare in the studies and has been estimated to be 1 per 30,000 injections. Other risks of inadvertent lens damage or retinal detachment were also extraordinarily rare. The results of treatment begin in the first weeks after injection but unfortunately are not sustained without repeated treatment.

The usual treatment regime is monthly injections for three months and then an assessment of efficacy and the need for ongoing treatment. In the trials, patients were treated monthly for two years. Recent studies have questioned the need for ongoing monthly treatment in the face of no disease activity and have suggested as required treatments. This is currently being studied in a number of trials.

Long-term safety of intravitreal anti-VEGF drugs remains a concern. Intravenous use of anti-VEGF monoclonal antibodies has shown an increased rate of high blood pressure, stroke and heart attack. While these complications were not shown to be significantly increased in the studies performed to date, there remains a theoretical possibility of increasing the risk of arteriothrombolic episodes. A Surveillance Study has been set up in Australia – The Fight Retinal Blindness Project – to try and quantify the rate of injection related complications as well as prove the long-term efficacy of treatment.

Photodynamic therapy was previously the only proven effective treatment of macular degeneration and while the results were not as good as Lucentis they have the theoretical advantage of physically destroying the abnormal blood vessels.

Combination therapy with Lucentis has been investigated through a number of clinical trials known as the Summit Trials, Combination Therapy of Visudyne and Lucentis versus Lucentis Alone, is being studied in the MONT BLANC Trial. The DENALI Trial is looking at various dosages of Visudyne photodynamic therapy used in combination with Lucentis and the EVEREST Study is looking at Visudyne versus Lucentis in the treatment of rare but devastating variants of AMD, namely polypoidal choroidal vasculopathy.

There are various trials of reduced dosage regimes (Sustain and Excite Studies) looking at dosages less than one-monthly to make sure that the results are as good as the original published studies. VEGF is important in other retinal vascular diseases, particularly in diabetic retinopathy and central retinal vein occlusion. There are currently studies looking at the use of Lucentis in the treatment of diabetic retinopathy which have shown promising results.

Other Treatments of AMD

Avastin is the full monoclonal antibody against VEGF, not just the active fragment. This was thought to be a too large molecule to penetrate the retina but was used off-label in patients with macular degeneration prior to the widespread availability of Lucentis. It was found to be equally effective clinically and is available at a fraction of the cost, nearly 1/50th of the price of Lucentis. However no formal trials have been completed to prove that its efficacy is equivalent. It does however represent a lower cost alternative and has been widely used in the United Kingdom and Italy. A large NEI sponsored study, the CATT study is directly comparing Lucentis with Avastin and will also determine the effectiveness of repeat treatments based on OCT signs of activity.

There are new treatments targeting VEGF under investigation. The most promising of these is VEGF Trap, a high affinity molecule that soaks up excess VEGF within the retina and should last longer than Lucentis and so require less frequent injections.

With the aging of our patient populations the incidence of age related macular degeneration is likely to continue to climb. Patients in their eighties and nineties have a far higher rate of macular degeneration and so any rapid change in vision, particularly distortion, should raise the question of wet AMD. Prompt referral and early treatment with the new anti-VEGF drugs can not only stop further deterioration in vision but can improve vision in a large percentage of cases. Unfortunately this is not a one-off treatment, it requires ongoing monitoring and additional treatments in the years following diagnosis.

Assoc. Professor Mark Daniell is based at the Centre for Eye Research Australia, Royal Melbourne Hospital.