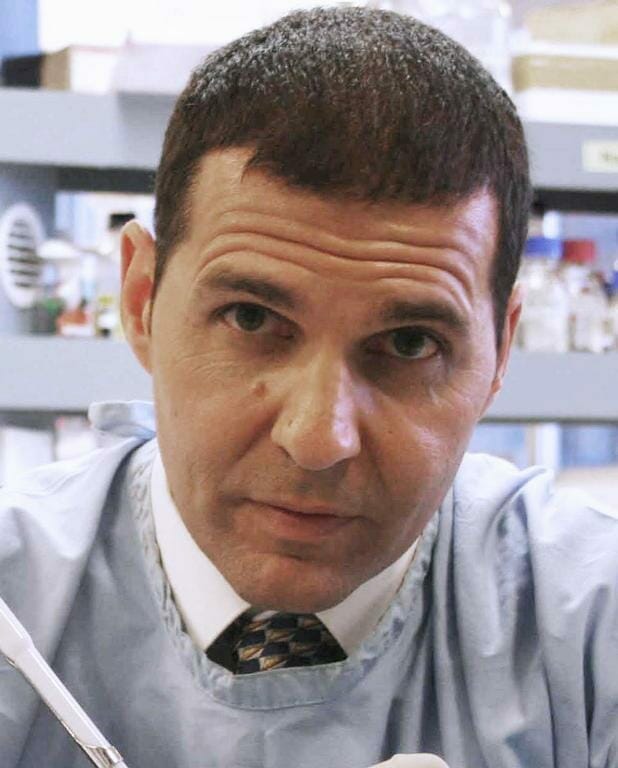 A team of Australian scientists have recently made a breakthrough in restoring vision in damaged eyes using stem cells from the patient’s own eye. According to medical journal Transplantation, the research team at the University of NSW (UNSW) has shown the technique improves patients’ vision within weeks and also heals corneal ulcers.

Dr. Nick Di Girolamo, from the School of Medical Sciences at UNSW and lead author of the study, speaks exclusively to mivision about the research, the accidental manner of how it came about and its possible future applications.

“This all came about from an initial observation made by Professor Minas Coroneo (head of ophthalmology at the Prince of Wales Hospital, Sydney). After various ocular surgeries we placed a therapeutic contact lens on a patient’s ocular surface and that formed a bandage over the cornea to promote the healing and stop pain.

“The patient benefits greatly, we benefit, the procedure is cheap. I can’t put a cost figure on the procedure because I haven’t readllu sat down and worked it out, but the cells are actually growing without too much help.”

After he peeled the contact lens from the patient’s eye, he noticed some white matter that was embedded on the contact lens. When I took the lens back to the laboratory and analysed it under a microscope and assessed that they were actually cells, my initial thought was…well hang on a second…if the eye can provide the contact lens with the cells what about the other way around. Can we provide the contact lens with cells and then put those cells back onto a patient’s eye? So it’s gone from a simple observation that we originally note maybe two and a half years ago to a clinical trial within two years – and we bypassed the hurdle of doing animal studies.

All we’re treating are patients with Limbal Stem Cell Deficiency and what happens in those patients is the stem cells that would normally re-populate the ocular surface throughout our entire life are either damaged, destroyed or altered. That’s due to various causes such as chemical or thermal burns, cryotherapy, chemotherapy, severe infections and even multiple surgeries to the ocular surface can cause this disease.

What we’re doing initially is targeting patients who have unilateral disease.That means they have one diseased eye and a normal, healthy eye. So we’re able to harvest tissue biopsy from a healthy eye and we know that the particular tissue contains the corneal stem cells and this tissue is rested on the therapeutic contact lens and it’s cultured in a laboratory over a period of about ten days.

The contact lens remains on the patient’s eye and that allows the cells to transfer from what you could call a synthetic material, which is a contact lens; onto a natural substance, on which the cells would much rather prefer growing, that is the ocular surface. That takes ten to 14 days. We remove the contact lens and our patients have seen improvements within a week and within two or three weeks, we’ve improved their vision.

But not only have we improved their vision, which is fantastic, the patients are happy and more content because some of them have severe corneal ulcers and we’ve been able to re-surface the cornea by placing these stem cells onto their eyes.

These corneal ulcers cause both pain and discomfort. The cornea is virtually devoid of any epithelium which causes severe pain. Quite often their eyes are inflamed, they can get scarring and can get severe blood vessel in-growth; so this we hope will be a permanent improvement.

In lay terms, some of our patients have gone from being only able to count fingers at a very close distance in front of their eyes to being able to read the letters on astandard visual chart at a distance. We’re quite excited about the technique and the fact that it’s completely autologous…it’s completely self.

We’re getting patient enquiries from all over the world…Italy, Canada, U.S, U.K … but the thing is that it’s still in its early stages. Obviously we need some long term follow-up on these patients because at the moment, they’re at the 12 to 18 month stage since the procedure and they’re quite stable. There is always the thought in the back of your mind – how long are they going to remain stable? Is it a permanent thing or is it only temporary?

If it’s permanent, that’s fantastic. If it’s only temporary, well what we can do is – the simplicity of this procedure allows us to harvest cells, freeze them or cryopreserve them, bring them back to life and coat another contact lens, place it on to the patient’s eye again and maybe the patients can have a further two or three years worth of quality vision.

Right now we are concentrating on the eyes, but there is no reason why it couldn’t be applied to other organs of the body and possibly even the skin. We could use stem cells from the skin to coat material similar to a contact lens which would act as a carrier and place that on a patient’s skin. For example it could be used for patients with severe burns. I don’t know if it’s technically possible at the moment, but certainly in the future, something like that might be possible.

We have used this techniques on three patients on whom we’ve reported, but subsequent to that publication, we’ve done it on a further two. Every one of them has most definitely reported a marked improvement in their vision and also importantly, improvement in their corneal health.

We can still use this method even if a patient has both eyes which are damaged. In the three patients on whom we reported in the medical journal Transplantation, one of the three has a condition called aniridia. That’s a genetic condition where the patient is born without an iris, but the vision is quite normal up to a certain point in life, usually in the early teens.

It’s so simple and that’s the beauty of it. Anyone around the world with cell culture experience and most laboratories around the world that grow cells can do this. All you really need is an ophthalmic surgeon to remove the tissue biopsy.

The patient benefits greatly, we benefit, the procedure is cheap. I can’t put a cost figure on the procedure because I haven’t really sat down and worked it out, but the cells are actually growing without too much help.

At the moment, the condition that we are targeting is not very common and that might be fortunate because some of these people are perhaps the most difficult patients to treat in ophthalmic medicine. This method may be used for other eye conditions in the future, but we are focusing on the cornea right now because of its accessibility.

Regarding retinal disorders, obviously there is stem cell work being performed on diseases of the retina and possibly I could envisage using a similar carrier or similar material that we are using from which the contact lens is made, to transport retinal stem cells to the eye. I think that might be technically challenging, but certainly doable in the future. A whole new world has opened up to us and we are really excited about all this.”