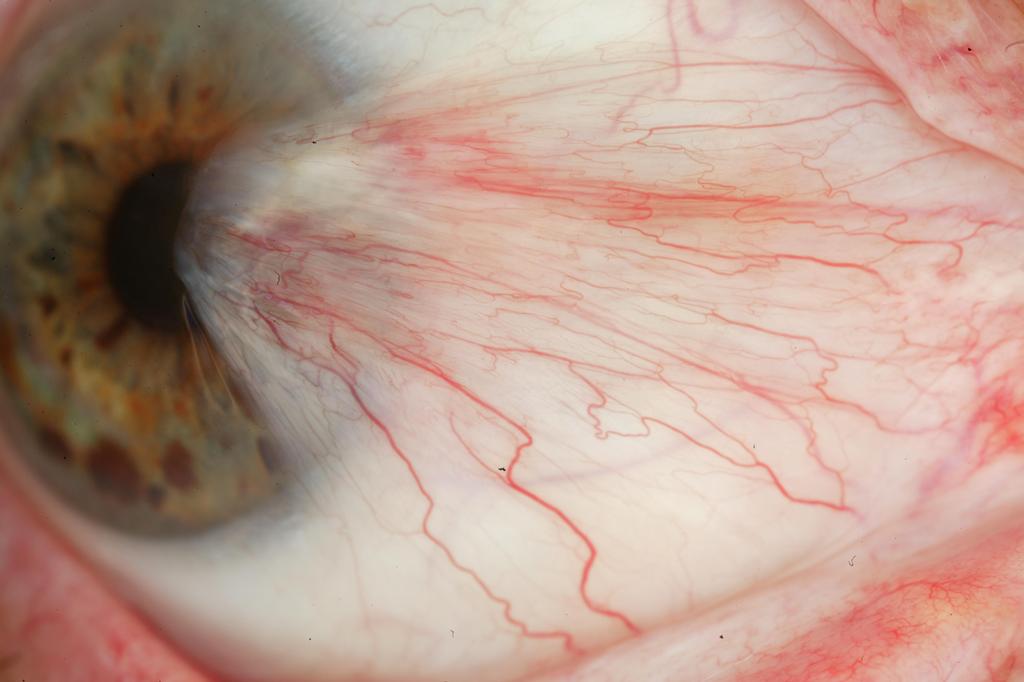 The surgical treatment for pterygium extends back more than 3000 years1. However, the modern history is probably only 50 to 100 years old. It is not surprising that most of the original methods of removal were just variations on a theme of stripping, cutting or burning the pterygium off the surface of the eye. Interestingly, it is only in the last 20-30 years that studies have universally shown that simple stripping or excision of a pterygium leads to a recurrence rate that may be as high as 80 per cent.

None of the studies carried out suggest a recurrence rate lower than 20 to 30 per cent with these methods2-6, yet these types of surgical approaches, which have only speed and cost as a benefit are still being practiced in some ophthalmologists’ offices. This is usually under topical anaesthesia with patients left with memories of a painful, visually frightening (the patient can see the instruments) and mostly unsuccessful surgery.

As a result of the overwhelming evidence that simple excision has a very high failure rate, other therapies have been added to simple excision to try to reduce the recurrence rate.

The most common in the past has been beta irradiation which maintains the speed and low cost of surgery and does reduce the recurrence rate to less than 15 per cent7. However, this modality introduces a new element i.e. complications.

Radiotherapy results in an unacceptable rate of scleral necrosis of greater than 12 per cent7 and although the advocates of this type of treatment will argue that this is totally dependent on dose and technique, fortunately this form of therapy is on the decline. In fact, in Queensland where it was the primary form of treatment in the 1960’s through the 1990’s8, it is now rarely used in Brisbane.

To still provide speed and low cost, mitomycin has eclipsed radiotherapy as the treatment of choice. It is used either during surgery or after surgery. There are numerous reports of mitomycin resulting in severe ocular surface problems including acute infective scleritis and also scleral necrosis9. Both radiotherapy and mitomycin have been recorded as resulting in total loss of vision as a result of these complications.

Probably the ‘gold standard’ of treatment now for those surgeons who are prepared to spend more time and effort, is simple excision with a conjunctival autograft which also reduces the recurrence rate in most studies to less than 15 per cent2,3,4,10. Complications as a result of this method are extremely rare.

The Point of Difference

As you may be able to discern, I believe that pterygium surgeons can be split into two categories. Those who wish to undertake the simplest and quickest form of surgery and who will use either simple excision, or simple excision plus radiotherapy or mitomycin and the other group that are prepared to spend more time and undertake a graft. To be added to this latter group should be the surgeons who use amniotic membrane which is an alternative adjunctive therapy and is primarily used overseas in U.S. and the Far East11.

The difference in duration of surgery, cost of the surgery to the surgeon or facility, and the venue for surgery between the two groups is clinically significant. Most surgeons who prefer simple excision with radiotherapy or mitomycin will undertake this in their rooms under topical anaesthesia or sub-pterygium injection and will take approximately five minutes for the surgery. Those who prefer the conjunctival autograft will often undertake this in an operating room, with a more complete anaesthesia and the surgery may take from 15 minutes to 30 minutes.

In general, the philosophy of pterygium removal is that one is dealing with a trivial condition, probably attributable to the fact that over 10 per cent of Australians have one, in many patients it causes no symptoms, and that most ophthalmologists do not really know the recurrence rate of their particular method of surgery. As it is viewed as a trivial condition, most patients are not followed for more than a few weeks.

However, we know that 97 per cent of all recurrences will occur in the first year after surgery12, irrespective of the method of removal and if patients are not followed for a year, many, if not most recurrences will be missed by surgeons only following their patients for a few weeks after the surgery.

It would be reasonable to suggest that if patients have been told that the pterygium is unlikely to return, that when it does recur, they may not return to see their original surgeon. As a result, many ophthalmologists will state that they never have recurrences. If these are ophthalmologists that only follow their patients for a few weeks after surgery, the reason they assume they do not have recurrences is self-evident.

Another important issue with respect to pterygium and its removal is that many patients would like to have the pterygium removed because of the unsightly appearance.

However, as recurrences are so common and as virtually no studies have been designed specifically to look at the cosmetic outcome of current methods of pterygium surgery, it is not surprising that patients are reluctant to discuss their need for cosmetic improvement with their eye health care professional, and ophthalmologists are equally uneasy about offering surgery to improve the cosmetic appearance.

Frequently, even though there may not be a technical recurrence, i.e. new fibrovascular tissue crossing onto the cornea, the cosmetic result may be less than acceptable.

In all areas of medicine and surgery, if a single condition is still being treated with more than a dozen different treatments with modest results only, it is evident that not a single one of the treatments is significantly superior to any of the others. This applies ‘in spades’ to pterygium surgery where there have been over 30 different methods advocated over the last 40 years.

In summary, we have an extremely common condition which is treated with about a dozen different treatments although about two to three types of surgery prevail, where the recurrence rate is still relatively high, and the surgeries that have speed as their principal advantage can result in total loss of vision, most ophthalmologists do not know their actual recurrence rate, and the cosmetic appearance is frequently less than optimal.

In the face of this background, I embarked on a series of surgical studies over the last 23 years to attempt to find a more satisfactory surgical answer to pterygium removal.

After multiple ‘dead-end’ approaches it became evident that some major research figures in the ophthalmology literature such as Jose Barraquer13, Ken Kenyon10 and Scheffer Tseng11 had pointed to the lack of Tenon’s excision as a possible reason for recurrence.

With this as my primary goal, I attempted to extend the removal of subconjunctival tissue and not only found a significantly reduced recurrence rate but also that the resultant conjunctival defect that needed to be filled by a graft had increased substantially. When the grafts became larger the cosmetic end result was also enhanced. By these sequential surgical changes, the current concepts of ‘P.E.R.F.E.C.T. (Pterygium Extended Removal Followed by Extended Conjunctival Transplant) for pterygium were derived.

The results of this surgery have been reported in the peer-reviewed ophthalmic literature and are unmatched with respect to recurrence rate. In a series of 250 primary pterygium surgeries14 there was one possible recurrence, and in 111 recurrent pterygium surgeries15 (some had been removed more than five times previously), there were no recurrences. (Figure 1(a) and (b))

This is now a surgery where the recurrence rate is sufficiently low, that it can be offered to patients who wish to have the pterygium removed solely because of the cosmetic blemish. Furthermore, the cosmetic result is excellent in most patients and at the end of a year after surgery they are extremely happy with the result and frequently forget which eye had the surgery15. (Figure 2(a) and (b))

However, ‘P.E.R.F.E.C.T. for pterygium’ is not without its problems. Specifically there is pain for the first day or so, and transient double vision for a few days, but the long-term complication rate is quite low. However, the principal problem is that it is quite difficult and lengthy surgery for the ophthalmologist. I would compare the difficulty of the conversion from a regular conjunctival autograft to this form of surgery, to the change from extracapsular cataract surgery to phacoemulsification.

This is not something that can be accomplished by simply reading a method and doing it. It requires dedication to practising the method under supervision and slowly integrating various components of the new surgical technique, one at a time, not unlike the way that phacoemulsification is currently taught.

I cannot claim that the technique as currently described is the end of the line as minor finesses, instrumentation and other aspects are still in the stage of modification. However, the overall concept is sound and can offer patients an unparalleled chance at a cosmetically excellent result with virtually no recurrences.