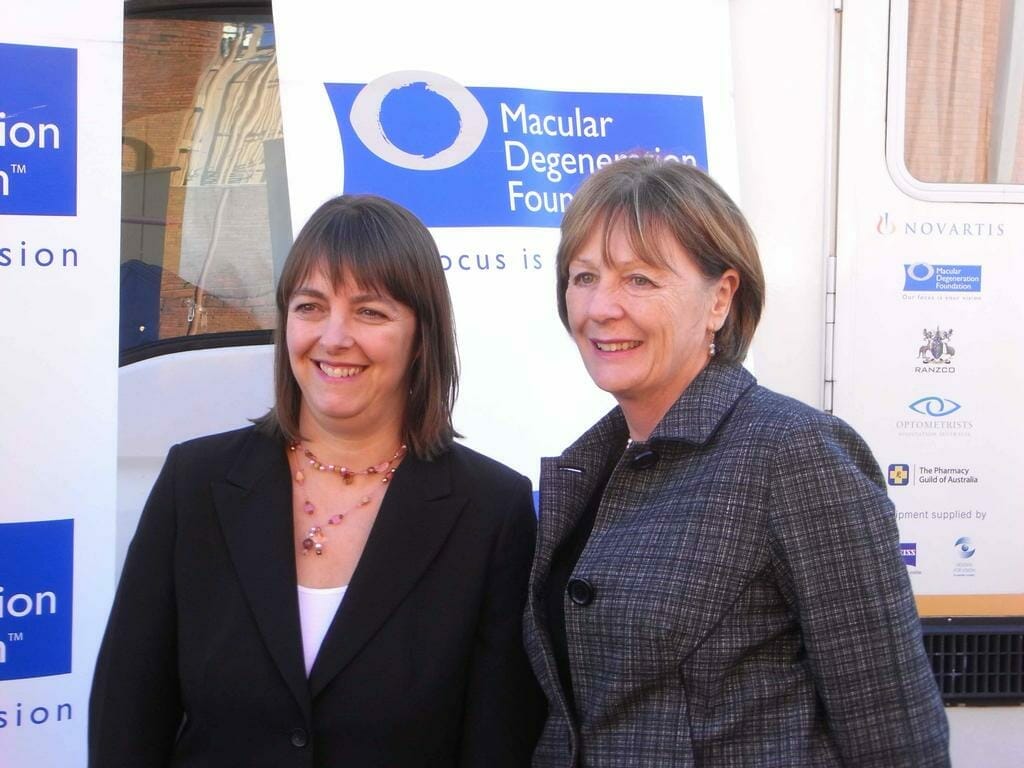 The Macular Degeneration Foundation has welcomed the renewal by the Federal Government of the Foundation’s funding of AUD$457,600 over the next three years. The announcement by Minister for Health and Ageing, the Hon. Nicola Roxon MP, was made in June at the Tamworth Services Club on the final day of the Vision Van’s second Australian Tour.

The Vision Van is a mobile screening unit offering free eye screening to people aged 50 and over and has travelled for 90 days for more than 5,500km, stopping at 28 regional towns throughout the Eastern seaboard and providing free screening for Age-related Macular Degeneration.

In announcing the further funding, Minister Roxon praised the work of the Foundation and stressed the importance of education and awareness for the early detection of Macular Degeneration. The Minister also commended the vital work of the Vision Van during its second Australian tour.

In the wake of the funding announcement, the Macular Degeneration Foundation says it is again running a world-leading MD awareness radio and television advertising campaign… the third wave of advertisements which send a powerful message about MD and actively encourage people to have their eyes tested.

The first phase of the campaign commenced in October 2008 and combined television and print advertising incorporating the Foundation’s “How’s your Macula” theme.

The second phase ran during March and April and this time a radio advertisement was partnered with the existing television creative. This yielded outstanding results with over 3,200 calls to the Foundation’s 1800 helpline during March; almost three times the number received during February.

The campaign saw an incredible increase in calls to the MD Foundation and people visiting their Optometrist for an eye test. Optometrists’ feedback following the 2008 campaign showed a 16 per cent increase in patient flows during the advertising period.

“Optometrists play a critical role in the diagnosis and monitoring of patients with MD,” said MD Foundation CEO Julie Heraghty.

“Feedback from Optometrists has given the Foundation a wealth of information about the effectiveness of the advertisements in raising awareness of the disease and having a call to action for people to have their eyes tested. The Foundation is most grateful for the support shown by Optometrists across Australia during this campaign.”

“The substantial increase in calls to our helpline and the wonderful feedback we have received from Optometrists shows that we are really getting across our messages of the importance of eye health and regular eye examinations,” said Ms. Heraghty.

“Awareness of MD in Australia has moved forward in great leaps following the Foundation’s advertising campaigns,” she continued. “This latest phase reached millions of people across Australia and will prompt many people to visit their Optometrist for an eye check.”