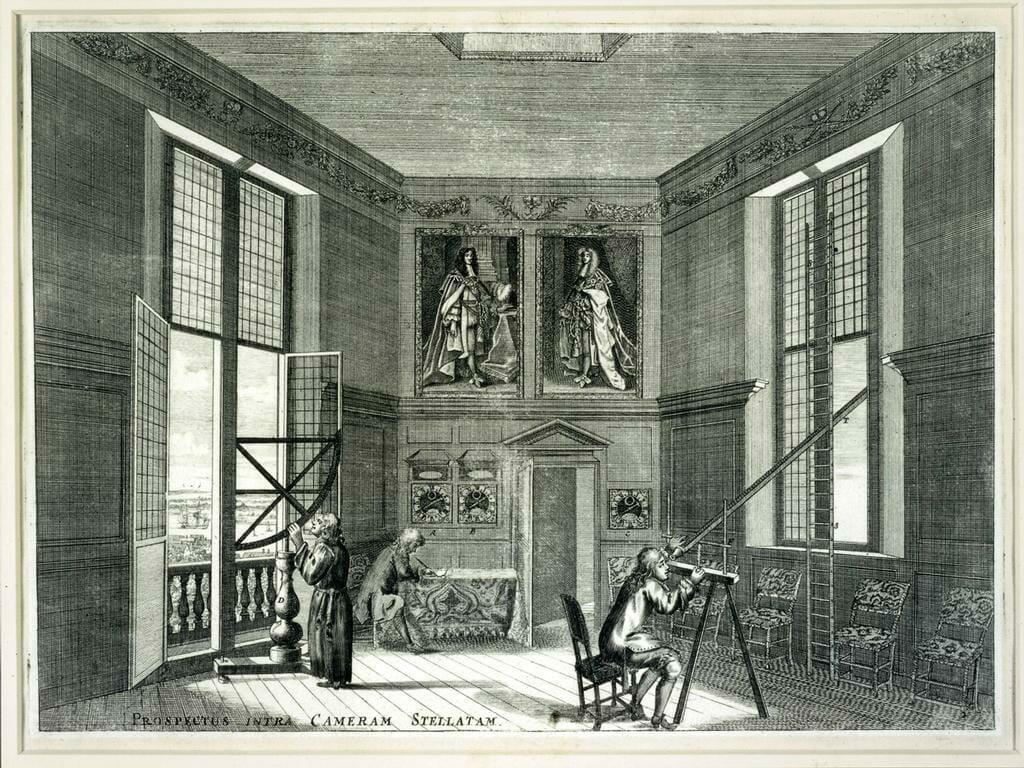 Just a couple of months ago, the world celebrated the 40th anniversary of man’s moon landing – a feat that to this day still boggles the mind. However this year also marks another notable anniversary – the 400th year since the invention of the telescope, an instrument that first took mankind, visually at least, to the moon.[/vc_column_text][/vc_column]

Today, optical telescopes, such as the Hubble Space Telescope, are 100 million times more sensitive than Galileo’s telescope, yet, while today’s visible-light telescopes are far more powerful and adaptable, the underlying blueprint has remained the same since 1608.

Leading up to the Telescope Patent Application

Empty long tubes were used in Antiquity to screen out disturbing side light, therefore creating the equivalent of a lens-less telescope. Unfortunately, this did not increase visual efficiency when people were trying to observe the stars because there was no magnification.

Glass-making and lens-grinding had been improving in the later part of the 16th century. The idea probably occurred to some people to try to arrange more than one lens in a telescope-like fashion in order to produce some beneficial result. The most desired effect was a sharp magnified image. The invention of the telescope became a challenge for both the glass and the spectacle maker.

How it first occurred is unknown but magnification was noted when a strong minus (diverging) lens was aligned with a weaker plus (converging) lens. Presumably different combinations were tried and the distance between the lenses recorded. It must have been tedious, but finally two lenses were placed together, a certain distance from each other, and then installed into an empty cylindrical tube.

Shortly after the year 1600, this new instrument allowed distant objects to be seen closer and clearer. It must have been an exciting discovery to anyone viewing through this device for the very first time.

Early lens grinding resulted in lenses where the periphery was not satisfactory, especially for the telescope. The object lens of a telescope required greater accuracy across its entire aperture when compared to the normal spectacle lens. Telescopes crafted to accommodate some of the finest large lenses already in existence had to be trumpet-shaped with a large flare on one end. This trumpet shape allowed the placement of the diaphragm which cut off the outer zone of the lens.

The lenses had to be either stopped down (restricted) by use of a diaphragm or they had to be cut down to a smaller size, usually by chipping little pieces off the periphery. Without improved lenses or the use of a diaphragm the telescope cannot function most efficiently. Thus, by trial and error, the lens makers were able to reduce the aperture using a paper diaphragm until a much improved optical image was achieved.

Probably sometime during the 1590s, in the Dutch coastal town of Middleburg, the first telescope utilising a plus (converging) and a minus lens (diverging) was created. Two local individuals, spectacle peddler Zacharias Janssen and spectacle maker Johannes Lipperhey, independent of each other, may have developed the new instrument to view things like stars at a distance.

Lipperhey presented his spyglass to Dutch leader Prince Maurice, Duke of Nassau on 25 September 1608. He applied for a patent from the States-General in The Hague (the Committee of Counselors of the States of Zeeland) on 2 October 1608. Lipperhey’s telescope consisted of a convex (converging) lens combined with a concave (diverging) lens probably placed about a foot apart and this gave an erect unreversed image.

He was then invited to The Hague to demonstrate his refracting telescope. After climbing a tower, observers were delighted to see the windows of St. Peter’s Church in Leiden and the clock of the Old Church in Delft, using this new tool. It caused a sensation and Maurice saw it as an important military tool for spying on enemy troops.

Twelve days later another individual (possibly Zacharias Jansen) came before the Committee to demonstrate his instrument. Three days later, Jacob Metius of Alkmaar, also applied for a patent. Basic telescopes with two lenses in a cylindrical tube started to appear all over The Netherlands, so the States General decided to reject both of the formal patent applications. The reason was a sensible one; this novel gadget to magnify the heavens was too easy to copy and it could already have been known to others.

Leonard Digges and his son, Thomas, have been credited with the invention of a reflecting telescope (a convex lens and a mirror), predating Lipperhey’s refractor by more than 30 years. In Venice in 1538, Girolamo Fracastoro had written for the first time about a twin-lens telescopic arrangement.

Hans Lipperhey was the first person to demonstrate a working model and also apply for a patent. Therefore two statements have the agreement of nearly everyone. The region in and around Middelburg is where all of this exciting activity took place. Hans Lipperhey has the honoured title of inventor of the telescope.

Galileo and the Telescope

There evidently was a competitive atmosphere surrounding the introduction of the telescope. Although printed news about this two-lensed tube that made faraway objects appear bigger and closer was relatively sparse, verbal reports spread rapidly across Europe. Its significance was immediately recognised.

Galileo Galilei, Professor of Mathematical Sciences at the University of Padua, Italy conducted scholarly experiments and then crafted his own 3X magnification telescope in the early summer of 1609. He made further refinements in August 1609 and presented an 8X instrument to the Doge and the Venetian Senate in the bell tower of San Marco.

He gradually improved the power of his telescope by grinding lenses himself and was able to begin studying the craters of the moon. In November 1609 he built a superior telescope with almost 30X magnification and made additional major discoveries. In January 1610 the observations found that Jupiter had at least four satellites of its own, that sunspots exist and that Venus has phases.

Galileo desired recognition for his discoveries and insights so he published, in Latin, the scientific story of his telescope in the Sidereus Nuncius (Starry Messenger) in March 1610. The idea that the moon had a mountainous and cratered surface and was not perfectly spherical was proven by the use of his telescope. The book also contains the results of Galileo’s early observations of the Moon, the stars and Jupiter’s moons.

Around this time, the telescope also became useful as permanent equipment for certain officers in the military, mariners, and even for those explorers leading expeditions. Only a few years after its invention, the telescope had become the most important tool for astronomers. Philosopher Descartes claimed it was one of the major inventions of his time.

Galileo had taught himself the arduous task of how to grind and polish lenses. Spectacle makers in Venice and Florence polished their lenses using a rotating felt or deer leather which led to aspherical deformation. More than 95 per cent of the lenses Galileo looked at were of poor quality. By 1616 he was able to use only three out of about 300 spectacle lenses for a terrestrial telescope and not a single lens was adequate for an astronomical telescope.

Galileo’s telescope slowly lost favour because of the restricted field of view, a direct result of increasing the magnification progressively. The limited field of view made performance less than satisfactory and almost impractical for military purposes. As a result of this, the Keplerian (astronomical) telescope, which had a much larger and brighter field of view, was developed and in the 1630s it replaced the Galilean style.

Other 17th century changes included the addition of erectors and compound eyepieces, which turned the image upright again. Perfect spherical curvature and much higher polish became the norm while clarity of the glass also improved. Reflecting telescopes came into use after the 1670s because of the work of Isaac Newton. Additional changes met with even greater success in the following century when achromatic lenses, brass tubes, and mounting represented other improvements to this scientific instrument.

The telescope has evolved into a sophisticated and high precision magnification instrument. From basic optical facts, man has also created microscopes, cameras and other important scientific equipment. Thus, the greater part of our present day knowledge of many of the natural processes in men, animals, and plants in addition to our overall comprehension of nearly everything in the vast universe in which we live has come from the invention of many types of optical instruments.

David Fleishman M.D. is a retired ophthalmologist, writer, facilitator, researcher, lecturer and archivist. He is the curator of the website: www.antiquespectacles. com, which records vision-related historic moments, events and invention. Dr. Fleishman kindly allowed mivision to run the above extract from his wonderful internet portal regarding the history of the telescope.

The Last Word: Slow Down