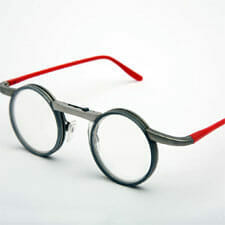 American astronauts look set to wear innovative adjustable glasses when they take off on their next space mission.

According to the website ‘Scientific American’, the National Aeronautics and Space Administration (NASA) is evaluating a new type of adjustable eyeglass lens called TruFocals for use during training and on missions.

It states: “For the past six months NASA has been taking TruFocals (made by Van Nuys, Calif.-based Zoom Focus Eyewear, LLC) through a detailed certification process to ensure they are not only a better option than other types of eyeglasses but that the materials used to make them will not pose a hazard to astronauts in their enclosed work environs, says Robert Gibson, a senior optometrist at the NASA Johnson Space Centre in Houston. One test includes burning the TruFocals to determine whether they emit any harmful gases.

“Astronauts have a very demanding training regimen, often working in conditions designed to simulate the International Space Station (ISS), the space shuttle or Russian Soyuz spacecraft – all of which require the ability to work on highly detailed equipment as well as read checklists and instrument panels in low light. Whereas astronauts in the earliest days of the space program were eagle-eyed young pilots, NASA loosened the vision requirements for subsequent generations of space travellers as the demand for non-pilot mission specialist astronauts grew, says Gibson, who wears TruFocals himself. This means a lot more astronauts are wearing correctives lenses of some sort”.

… the National Aeronautics and Space Administration (NASA) is evaluating a new type of adjustable eyeglass lens called TruFocals for use during training and on missions.

The manufacturers describe TruFocals as revolutionary new glasses that let you choose the perfect focus for every distance from near to far.

In its promotional material it says: “Seeing clearly everywhere, from up close to infinity, is finally possible. Wearing TruFocals, with just a simple finger motion on a small slider on the bridge, you can actually go from reading a newspaper to viewing a TV set to scanning a distant vista and your vision is crisp and clear every inch of the way. That’s a major improvement over multifocal glasses that are in focus only at certain fixed distances so your vision between those zones is blurred.

“And, with TruFocals, the whole lens is in focus so your entire field of view is sharp, not just a portion as with bifocals or progressive glasses”.

Each TruFocals lens is about three millimetres thick and consists of two magnetically attached lenses. The lens closer to the eye is flexible, with a transparent distensible (expandable) membrane attached to a clear rigid surface. The space between the membrane and the clear rigid surface holds a small amount of clear silicon fluid. A sliding lever on the bridge of the eyeglasses is used to push the fluid forward to alter the shape of the membrane and, by extension, the flexible lens. TruFocals for people with more advanced presbyopia contain more fluid than those made for people with a milder form of the condition. The second, outer lens features the wearer’s normal prescription.

“Changing the shape of the flexible lens changes its focus, a job that was performed by the eye’s natural lenses prior to the onset of presbyopia. With the condition, the crystalline lens in your eye is losing its ability to focus, and you can’t get it to reading distance, TruFocals inventor and Zoom Focus chief technologist Stephen Kurtin told Scientific American. TruFocals, which cost about USD$900 per pair, became commercially available last year.

Zoom Focus says its adjustable-focus glasses come only in round lenses to get the best performance, but they do come in a variety of colours.

The website reports that NASA’s primary interest in adjustable eyeglasses has been as a replacement for the normal reading glasses, bifocals or progressive lenses that astronauts take with them into space. The small corrective zone on these conventional eyeglasses is fine for the normal reading posture (with the eyes looking through the lower portion of the lens) but is much less helpful when monitoring overhead readouts, for example. The agency is also studying the long-term effects of time spent in microgravity, which causes bodily fluids to gravitate to the upper body and has been known to cause degradation of vision in some astronauts.

NASA will soon wrap up its evaluation and Mr. Gibson is confident that TruFocals will be cleared in time for astronauts to wear them on the next space mission, whether that is on board one of the remaining shuttle flights or a Soyuz.

He says he is also keeping other options open, including eyeglass lenses made by PixelOptics called emPower! lenses which feature an embedded corrective electronic reading zone that acts like a virtual bifocal. This reading zone can be turned off or on based on head position, thanks to a built-in accelerometer.